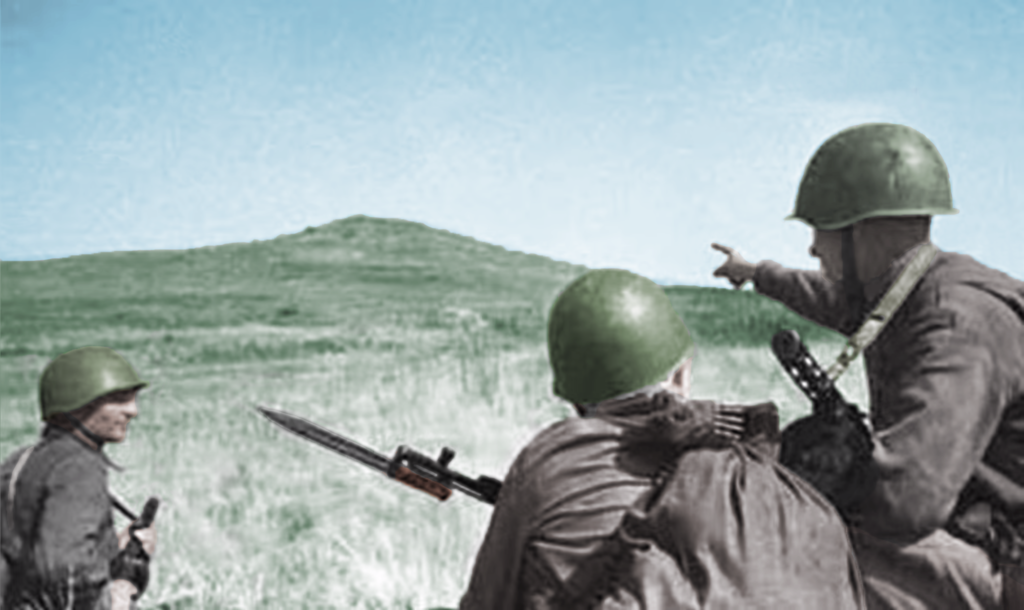 No matter how many times history proves it, invading enemies still trust Russian peasants to help them and it always blows up in their faces. The Mongols seem to be the only ones who had no problems with the Russians, but that’s because they pretty much killed all the Russians they met.

In June 1941, the invading Nazi German army swept into Russia during the now-infamous Operation Barbarossa. By February 1942, they had failed to take Moscow, but the Soviet Union had yet to turn the war around. Fighting was still heavy and very much in favor of the Germans along the Eastern Front.

One German unit was stationed in the village of Kurakino, along Russia’s northwestern border. They received a dangerous assignment: penetrate deep into the rear of the Soviet lines and dislodge the defenders from behind. An entire German battalion was assigned to the task but they still needed a guide through the village and to the enemy position.

The only person willing to help them was 83-year-old Matvey Kuzmin, a peasant who lived outside the local area but had been a hunter and trapper in the oblast for years. Still they had to provide him with rare items to get him to help. These included things like flour, kerosene, and a new advanced hunting rifle.

Despite their agreement, the Germans were unaware that the old man had sent his grandson on ahead six kilometers up the road to warn the defending Soviet Army soldiers that the Germans were planning on hitting their position from behind. He gave his grandson his exact route and suggested the Soviets ambush the Germans in a neighboring village along the route.

Kuzmin had no idea if they would get his message or if they would even take his grandson’s message seriously. If they did, he didn’t know if he would survive the ambush or be killed by the German troops he was leading through the night.

The old man went along anyway, and by nightfall they were all on their way. Kuzmin was marching in the dark at the head of an entire German battalion that was likely to be gunned down at any moment. He knew that as he walked, any step could be his last.

As dawn approached the next morning, the old Russian peasant and the Germans had reached the outskirts of a village called Malkino. It was there that the Red Army decided to face the Nazi advance in full force. Not only did a company of Soviet soldiers set up an ambush, they also gathered the town’s defenders to aid in taking on the battalion.

The Germans were surprised as the Soviet machine gunners opened up on their formation. At least 50 were killed and another 20 were captured. When the German commander realized what had happened, he shot and killed Kuzmin for his betrayal. The old man died on the spot but was buried with full military honors.

Word of Kuzmin’s sacrifice spread and a reporter for Pravda, the communist party’s official newspaper attended the service. When the reporter published the story, Kuzmin was awarded the title Hero of the Soviet Union, the highest honor the Soviet state could bestow. He is the oldest recipient of the award.