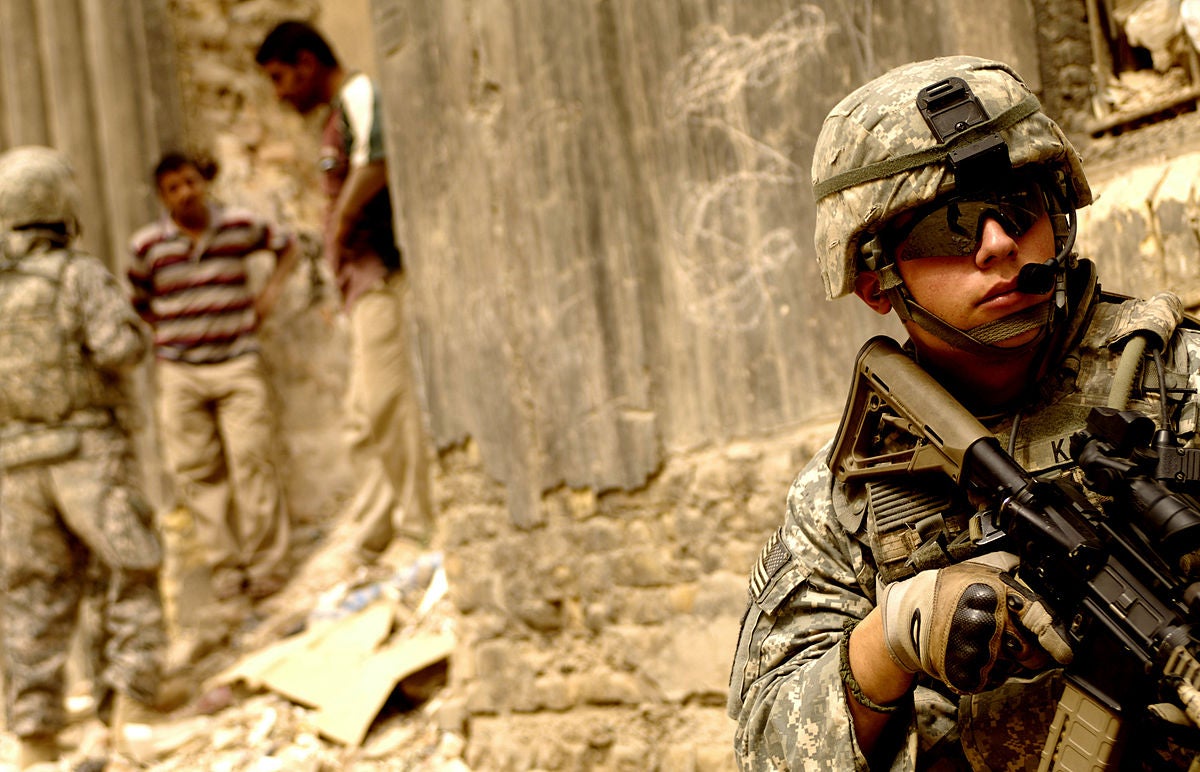 Some of the greatest businesses of the 21st century started in a garage: Microsoft, Apple and Amazon, just to name a few. In the firearms industry, one of the most prolific manufacturers of accessories is Magpul. Today, it is a leading innovator and supplier to both the military and civilian markets around the world. And the company started in — you guessed it — a garage.

In 1991, Richard Fitzpatrick was a Recon Marine in Alpha Company, 3rd Recon Battalion. It was during this time he began thinking of ways to improve a battlefield improvisation going back to the Vietnam War.

For infantry in the heat of battle, keeping your weapon going is one of, if not the most important, things you can do. Reducing the time needed to reload your weapon also reduces the time that you are out of the fight. To help with this, troops used to improvise loops out of duct tape and paracord and attach them to the bottom of their magazines. This made them easier to pull from pouches and control during a reload. Taking this tried and tested concept, Fitzpatrick sought to improve it.

At first, he tried glueing pieces of rubber together. However, the design wasn’t up to Fitzpatrick’s standards. Still, he kept toying with the idea. In 1997, a few years after he left the Marine Corps, he found the solution. Fitzpatrick made a magazine puller with a dual friction band and had his eureka moment.

He used his life savings to patent the idea and buy a small injection mold to start making them. From his garage in Erie, Colorado, Fitzpatrick produced and sold his new rubberized magazine pullers. He christened his new product Magpul and bet it all on its success.

In 1999, Fitzpatrick introduced the Magpul at the NDIA Small Arms Symposium. Although there was much interest in the new product, no orders were placed. While Fitzpatrick did not initially receive a military contract like he had hoped for, the Magpul quickly became popular with individual units. Discretionary unit purchases and individual sales started to come in on Magpul’s website.

Through the early 2000s, Magpul’s notoriety expanded. The company’s growth was due in large part to its focus on education over direct marketing. Every package of Magpuls came with a booklet titled “Advanced Tactical Reloading.”

“It had over 60 illustrations in it and was very detailed,” Fitzpatrick recalled. “Because of this detail, users became experts on the product and went on to become ambassadors for Magpul.” Today, Magpul even has a dedicated training division.

As the company grew, so did its product line. In addition to Magpuls for M4/M16 STANAG and other weapon magazines, the company made other accessories like grips and stocks. They also designed a self-leveling follower for their magazines to reduce the likelihood of jams. In 2006, after years of individual sales, Magpul received its first official NATO Stock Number.

The next year, the company introduced the PMAG 30 for the AR-15/M4 platform. In contrast to the standard aluminum magazine used by the military, the PMAG is made of a composite polymer. This allows the magazine to flex under pressure that would otherwise bend the feed lips or crack the body of a metal magazine. Moreover, all PMAGs include the aforementioned self-leveling follower. All of this resulted in increased reliability over traditional metal magazines.

An export version of the PMAG, called the EMAG, was introduced in 2009. The next year, Magpul won a contract to supply 1 million EMAGs to the UK Ministry of Defence. Meanwhile, the company diversified even further with products like back-up iron sights, conceptual firearms, and even phone cases.

In 2016, Magpul hit the jackpot when it was awarded an exclusive contract to manufacture magazines for the U.S. Marine Corps. Two years later, the Army followed with a formal announcement allowing all units to acquire PMAGs with procurement funds.

Today, all branches of the U.S. military field PMAGs in their weapon systems. Moreover, Magpul’s accessory attachment system, M-Lok, was selected by SOCOM as its standard system. Although not standardized, troops commonly accessorize their weapons with Magpul grips and stocks as well. In just over 20 years, Magpul has changed the face of the firearms industry and worked its way to the top.