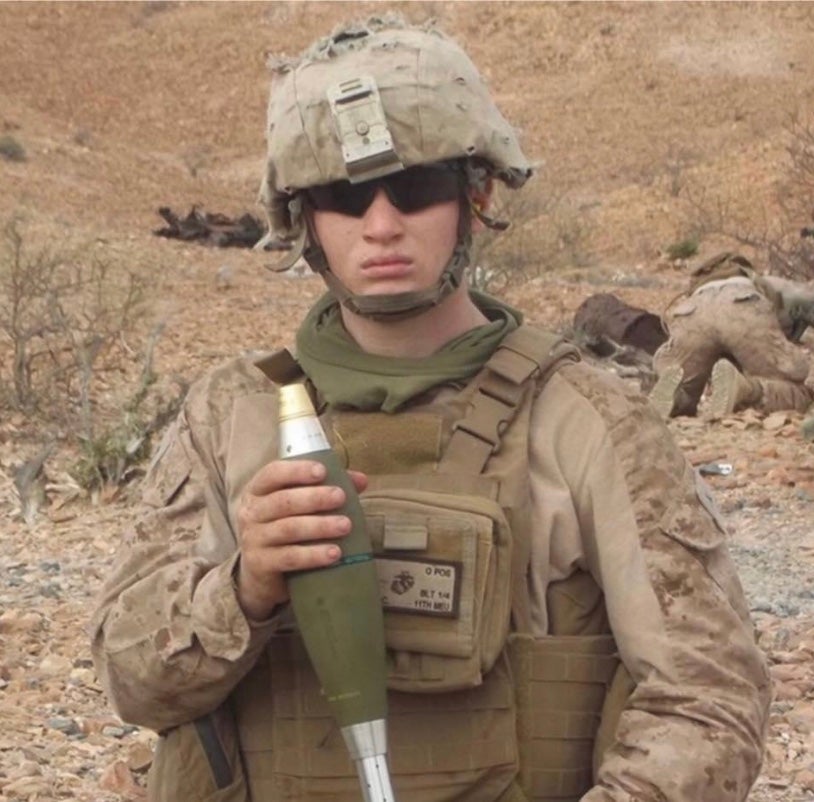 On August 4, 2017 Lance Corporal Cody Haley was killed at Camp Pendleton when a tree fell on him during routine training. He was only 20 years old. His mother Kim is keeping his legacy of kindness alive and she needs your help.

Cody always wanted to become a Marine. His grandfather, Dave Crowe, was a Marine Corps Vietnam War Veteran and had passed away in a motorcycle accident not long before Cody enlisted in 2015, right out of high school. A few months after graduating from basic training, Cody was deployed overseas with the 11th Marine Expeditionary Unit in March of 2016, aboard the USS Comstock.

His family sent Cody many care packages while he was deployed. Kim later found out that he shared a lot of them with other Marines who never received anything. But that’s the kind of person he was, she said: kind.

While Cody was deployed, his great-grandfather Jesse was celebrating his 95th birthday. Every year his family would throw a big party in honor of him and Cody didn’t want to miss it. So, they waited. On June 18, 2017 he came home for his post-deployment leave and spent 10 days with his family celebrating his Great-Grandfather, “Grandpa Jesse”, who was a World War II Army veteran.

It was the last time he saw him.

Cody was extremely close with his great-grandfather. He would spend the night at his house all the time, even after he became a Marine. They’d watch the Andy Griffith show and Gunsmoke, laughing together. They’d also talk about world affairs and the issues that plagued the country. “He was developing into a great man…you could see it,” Jesse said.

The “spit and vinegar” kid and jokester teenager he was known for being was long gone after becoming a Marine. In its place was a young man devoted to serving his country and making his family proud. Although Cody never vocalized exactly why he joined, Kim is sure it was because he was inspired by his grandfather and great-grandfather. It was their courage and patriotism that Cody hoped to emulate, she said.

At the time of his death, Cody had earned the nickname “fastest gun in the west” after beating out all the other marines in an exercise while deployed. “He was surrounded by the best and he told me that,” Kim said. At his memorial, over 50 Marines showed up enmasse to remember and honor Cody’s life alongside his family.

“Last year Grandpa Jesse turned 98 but because of COVID we couldn’t do anything. I know Cody would have wanted us to do something because he was one of his favorite people,” Kim explained. She shared an idea to have cards sent to Grandpa Jesse on Facebook and he received 110 from people across the country. This year, she’s hoping they can do it again and get even more cards to surprise him with. This time, for Cody.

Grandpa Jesse loved receiving the cards and still has them sitting by his chair, he said. Since Cody’s death, Kim has continually tried to find ways to be kind in his honor, something she’s hoping others will take to heart. “Do something intentionally nice for someone else. I just think that the more positive that can come out of this tragedy, that’s what matters,” she said.

Here at WATM we hope you’ll start those acts of kindness to honor Cody’s legacy by writing Grandpa Jesse a message to wish him a happy 99th birthday. #DoItForCody.

Mail your cards and letters to: