Joe Galloway of ‘We Were Soldiers’ fame passed away at 79 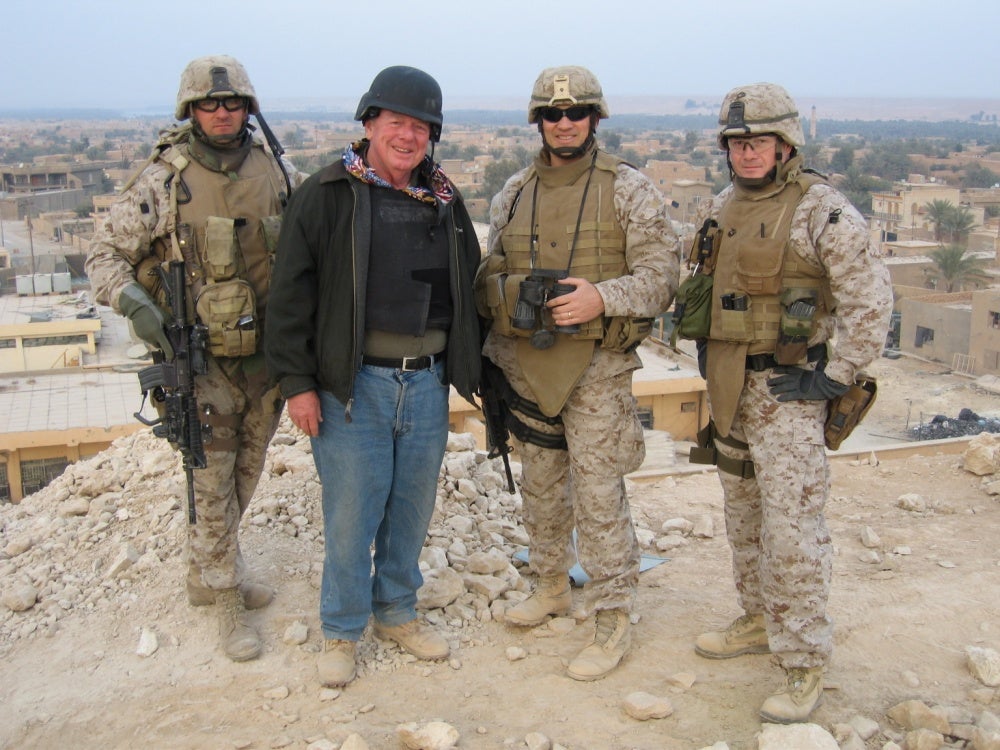 Joe Galloway is best known for his coverage of the Vietnam War. Embedded with the 1st Cavalry Division, he was present at the first major battle between the U.S. Army and the People’s Army of Vietnam. His experience at Ia Drang served as the basis of his book “We Were Soldiers Once…And Young.” On August 18, 2021, Galloway passed away at the age of 79.

A native of Refugio, Texas, Galloway got his start in the news industry in Texas and Kansas. While working for United Press International, he was sent to Vietnam to cover the development of the war in 1965.

Galloway was embedded with the Army’s 1st Cavalry Division. When the unit engaged with PAVN forces at the Battle of Ia Drang on November 14, Galloway caught a Huey to cover the engagement. During the battle, Galloway met the commander of 1st Battalion, 7th Cavalry Regiment, Lt. Col. Harold ‘Hal’ Moore. The two men would become close friends as a result of their shared experience. Moore would rise to the rank of Lt. Gen. and co-authored “We Were Soldiers Once…And Young” with Galloway.

The Battle of Ia Drang was a bloody one that lasted six days. Galloway himself recalled it as the “biggest battle of Vietnam, the bloodiest battle of Vietnam.” The fighting was so intense that he was forced to take part in it despite being a reporter. Galloway took up arms against the enemy to save himself and the soldiers around him.

Under heavy enemy fire, he even carried a badly wounded soldier to safety. “People died all around me. I had their blood on my hands. I carried dying boys. I carried ammo. I carried water,” Galloway recounted of the battle. “And I carried a rifle, and I made use of it.” For his actions at Ia Drang, Galloway was awarded the Bronze Star with V device for valor in 1998. He is the only civilian to receive a medal for valor from the Army during the Vietnam War.

Galloway’s experience at Ia Drang changed him. “I was somebody when I went to Vietnam. I was somebody else when I came out,” he said. Galloway went on to work for other publications after Vietnam. He covered the Gulf War and reported on two tours to Iraq. In 2006, he retired from journalism.

Galloway’s legacy is preserved in his book, but also in the movie that it inspired. The 2002 film We Were Soldiers features actor Barry Pepper depicting Galloway and Mel Gibson depicting Moore. In 2008, Galloway and Moore released a second book, We are Soldiers Still: A Journey Back to the Battlefields of Vietnam. Galloway also consulted on a PBS documentary about the Vietnam War and narrated another Vietnam War documentary, A Flag Between Two Families.

Galloway’s service to the soldiers of the Vietnam War was exemplary. At his Bronze Star ceremony, Maj. Gen. Allan Elliott called Galloway a “national treasure.” His dedication to the troops whose stories he told ensured that their service and sacrifices did not go unnoticed.