The phenomenon of North Vietnamese laughing soldiers - We Are The Mighty 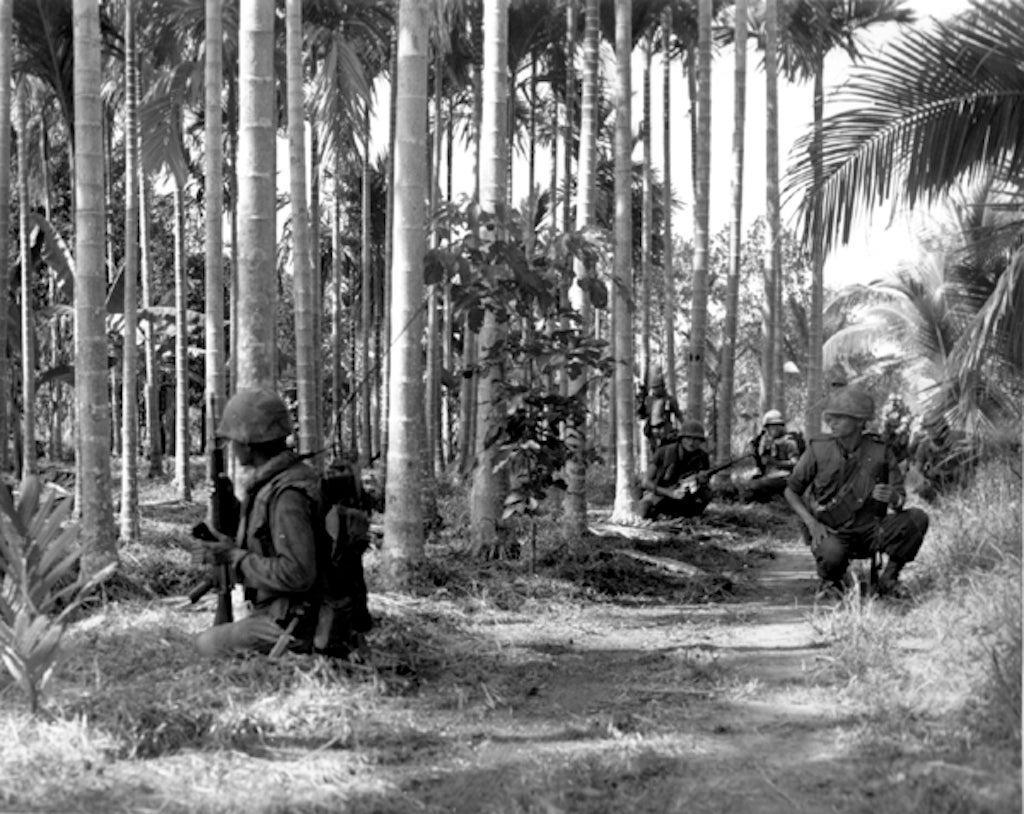 Imagine approaching an enemy soldier on the battlefield. They are likely wielding a weapon, perhaps in a stance ready to attack. Even yelling or saying something threatening. In this scenario, you’re close – Vietnam style – where you can see the whites in one another’s eyes. There may be a variety of tactics that the enemy soldier could take, almost all of them violent or offensive in some way.

But what if they weren’t fighting at all? And instead of pointing their gun or knife, they just laughed? Hysterically, uncontrollably. In your face. As you raised your weapon, until the second you shot and killed them, they laughed with their entire body, mouth open, loud laughing. From feet away, they walked toward you, getting closer with each step and as you prepared for a brawl, they just kept laughing – while looking you directly in the eyes.

Sounds creepy, right? Who does that, especially during war? What was funny? Why didn’t they fight back? Even if they didn’t have a weapon, chances are they would scream or become frantic, right? At least attempt to put up a fight. But instead, they laughed and seemingly willingly walked toward their own death.

And it wasn’t just one North Vietnamese soldier, but several of them. This same event was reported over and over again by Americans during the Vietnam war. They were approached by a laughing soldier, raised their gun, and shot the enemy as the Viet Cong soldier continued to laugh. It was also featured in Vietnamese-era books and movies, offering a realistic take of how the war was fought. Guerilla-style, and close-faced laughing.

One Vietnam vet wrote online, “I’m sure there’s a reasonable explanation of why this happened, but it’s pretty creepy that the enemy might just walk up to you and just start laughing in your face seemingly not caring whether you shoot them or not.”

One can’t help but wonder how today’s soldiers would react in a similar situation.

Perhaps it was their culture. Instead of panicking, they laughed. (In fact, laughter is a proven effect of terror or having been traumatized.) But what still doesn’t make sense is why they would fight prior to the laughter, then seemingly give up. Perhaps it was their way of ending it all. But still, that doesn’t account for the repeat behavior. And it fails miserably as an intimidation attempt, seeing as they allowed Americans to pull the trigger on them.

Other theories still include that the soldiers were high on opium, as more than half of soldiers were said to have taken opium at some point. Others still were addicted or relied on the substance to fight at all. Or simply that they were forced to fight and didn’t want to be in battle; that was their way of avoiding their duty to serve the North Vietnamese military. Viet Cong soldiers were widely made up of teenagers, young military members who did not want to fight but had no choice in their future without doing so.

The only real gain they cold get is psychological. By freaking out the opponent, they performed a suicide mission to get in the enemy’s head. But that’s a pretty big sacrifice just to give someone the heebie-jeebies.

It’s likely we’ll never know the true source, though it’s still discussed as one of the creepiest events of the American battlefields to this day.