The ‘Skeleton Army’ was the Salvation Army’s primary enemy 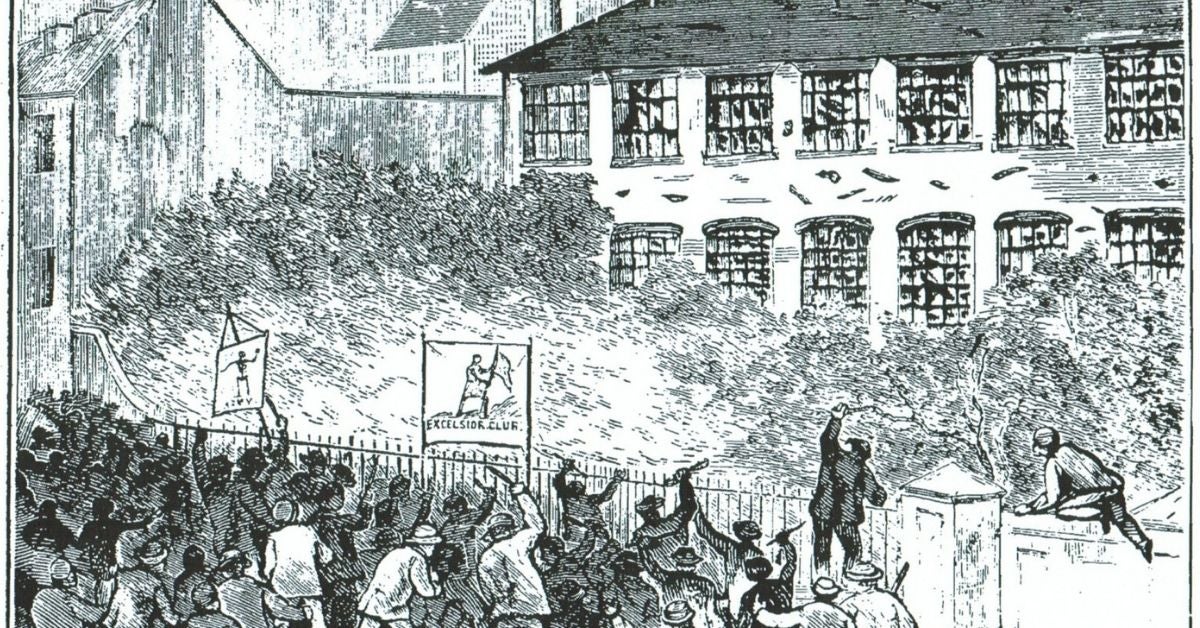 The Skeleton Army rioting in Worthing in 1884 (public domain).

When we think of the Salvation Army today, we likely think of thrift store clothing, department store Santas and the incessant ringing of a tiny bell as we struggle to find a few coins in the freezing cold.

But the Salvation Army isn’t just collecting your pocket change and old, outdated clothing for fun. It’s a worldwide force of more than 1.7 million members who use military ranks to bring Christian salvation to the poor and needy. Make no mistake, the Salvation Army was designed to wage war against sin – and it does.

Today’s Salvation Army might seem a lot like many other Christian charities, and it might well be. Whether you like that or not all depends on your beliefs. In the SA’s earliest days, however, there were many who very much disliked its mission, and one part in particular.

Their mission was to convert the prostitutes, gamblers, and boozehounds in London’s East End to their version of Christianity. The unique way the organization was formed pretty much established it as a kind of church within itself.

The early Salvation Army’s soldiers would march in protest against England’s rampant alcoholism and in favor of sexual abstinence. But like all armies on a mission, they were bound to meet an enemy army.

The Salvation Army’s opposing force would even come to real-life blows with the Christian group.

What started out calling itself the Unconverted Salvation Army soon morphed into The Skeleton Army in the lower middle class neighborhoods of London, like Whitechapel and elsewhere in England, with the idea of opposing the Salvation Army wherever they turned up.

The Skeleton Army counterprotested Salvation Army marches and even produced literature in the form of leaflets to help spread its message. Most of these leaflets were dubbed obscene at best and at worst, libelous and blasphemous.

Their beef with the Salvation Army seemed to be its opposition to alcohol and support of not having sex. Soon, 21 English cities feature Skeleton Army units on the march against their Christian enemies.

Everything about the Skeleton Army was designed to mock the Salvation Army in some way. They wore badges and carried flags that pictured a skull and crossbones. Its motto of “Beef, Beer, and Bacca” was supposed to mock the SA’s “Soup, Soap, and Salvation.”

The confrontations came to a head in Worthing, England in 1884. As the Salvation Army marched, local police tried to keep the peace between the Skeletons and the marchers, but things boiled over rather quickly. 4,000 Skeletons met the Salvation Army on the “battlefield” or Worthing, throwing bricks, rocks, glass, eggs and whatever else wasn’t nailed down.