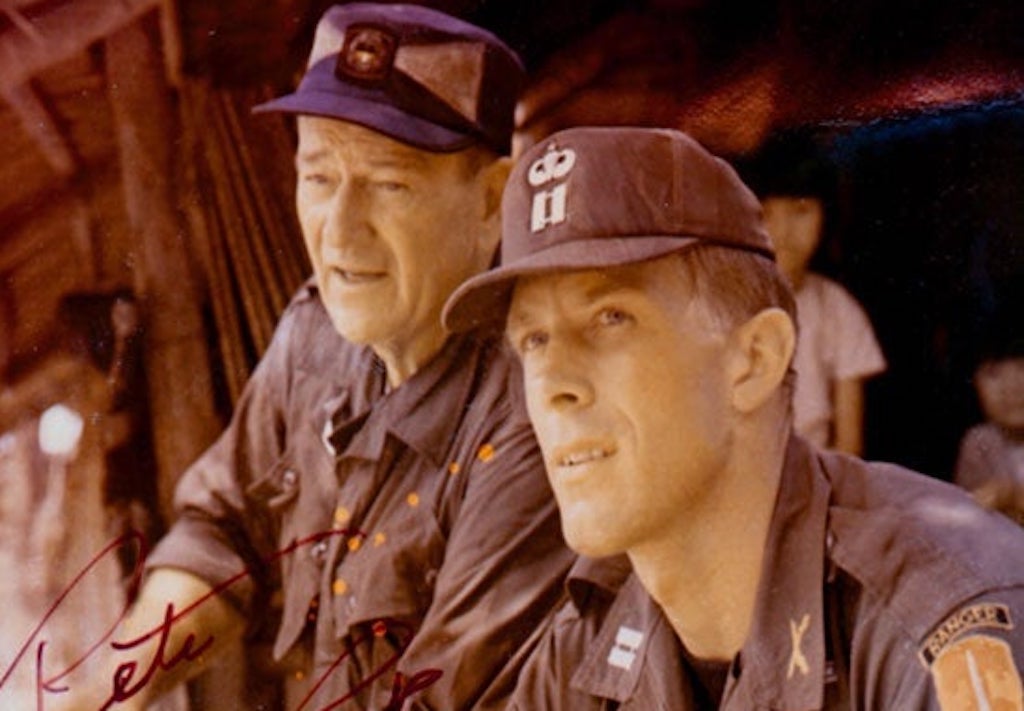 Brig. Gen. Pete Dawkins is famous as the last Army football player to receive the Heisman Trophy in 1958. However, he also played hockey, baseball and even rugby. In addition to being a well-rounded athlete, Army legend Dawkins was an exceptional student and accomplished military and business leader.

Hailing from Royal Oak, Michigan, Dawkins grey up playing hockey. In fact, he preferred it to football for which he’s famous. “I really enjoyed playing hockey, much more than football,” he said. Whereas football practice consists of drills and practicing different techniques, hockey practice was primarily scrimmages. “In hockey you just play hockey,” Dawkins said. “That’s the most enjoyable part of it.”

In addition to winning the Heisman, Dawkins’ football career is highlighted by the introduction of the lonely end formation during his senior year. “That [formation] came about because of Douglas MacArthur,” Dawkins said. The retired general was a great friend of Coach Earl Blaik and often visited the team.

West Point’s 1958 football team went undefeated and ranked third in the nation. After the Army-Navy Game, Gen. MacArthur sent a telegram to Coach Blaik. “Tell captain Dawkins, and his indomitable team, they have written their names in golden letters on the tablets of football fame,” the telegram read. “There is no substitute for victory.”

After graduating from West Point in 1959, Dawkins attended the University of Oxford as a Rhodes Scholar. There, he started playing rugby. However, his football-style tackles weren’t terribly popular in England. “After I tackled them two or three times, they would kind of avoid me, and they named this crash tackling” Dawkins recalled. However, there was an element of football that the English did like.

Dawkins brought an American football with him to every rugby practice to throw afterwards. “They got very good at it,” he said. This gave Dawkins the idea for an unconventional overarm throw in the lineout. During the Oxford-Cambridge match at Twickenham, the team implemented the pass, scored and won the game. The Daily Mail published a photo of the pass captioned “The Yank’s Torpedo Pass.” Now, rugby lineouts throw overhand. “I can say I made a little piece of history in the sport of rugby,” Dawkins said.

Dawkins went on to serve 24 years in the Army, including serving as an advisor during the Vietnam War. After retiring as a brigadier general in 1983, he joined Lehman Brothers, Bain & Company and Primerica Financial Services, Inc.