In an unprecedented year, the Army continues to help its own - We Are The Mighty

In an unprecedented year, the Army continues to help its own 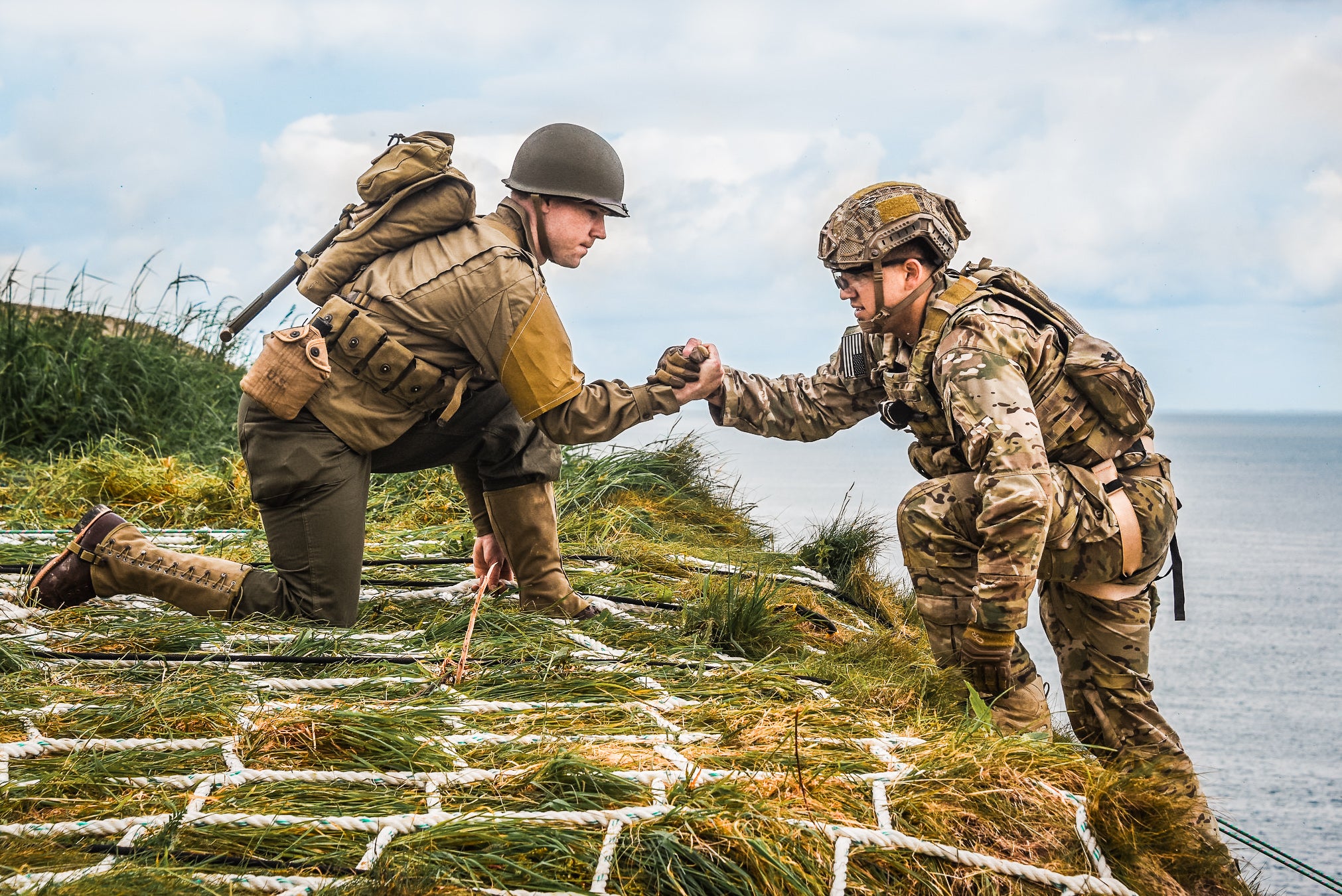 U.S. Soldiers with 75th Ranger Regiment scale the cliffs like Rangers did during Operation Overload 75 years ago at Omaha Beach, Pointe du Hoc, Normandy, France, June 5, 2019. More than 1,300 U.S. Service Members, partnered with 950 troops from across Europe and Canada, have converged in northwestern France to commemorate the 75th anniversary of Operation Overlord, the WWII Allied invasion of Normandy, commonly known as D-Day. Upwards of 80 ceremonies in 40 French communities in the region will take place between June 1-9, 2019, the apex being held June 6th at the American Cemetery at Colleville sur Mer. (U.S. Army photo by Markus Rauchenberger).

Later this month, our nation will mark a full calendar year since the COVID-19 pandemic upended the lives of millions of our fellow citizens and people around the world. The U.S. Armed Forces, being a cross-section of America, have not been spared from the effects of the coronavirus. Across the military, COVID-19 has left a deep mark: PCS moves were delayed, school and childcare has been disrupted, promotion ceremonies and weddings have been put off – and, tragically, many lives have been lost.

In addition to the impact of the pandemic, the U.S. has also dealt with domestic unrest, social change, economic struggles not seen in generations, and the start of a new administration. To say that the last 52 weeks have been challenging and historic would be an understatement. However, March 2021 also marks another milestone, and a fresh opportunity to showcase the best of the ideals of selfless service and teamwork that is the foundation of America’s military: the launch of the Army’s Annual Campaign on behalf of Army Emergency Relief (AER).

Most soldiers and their families are familiar with AER, the Army’s own financial assistance organization. Since 1942, AER has been 100% focused on helping soldiers and their families when they face financial challenges. Each year, we support over 40,000 Soldiers with nearly $70 million in grants, zero-interest loans, and educational grants for Army spouses and children. All told, that comes to more than $2 billion in support since our founding, with more than $1 billion of that since 9/11. Chances are, whether you are a single soldier or part of an Army family, you’ve either contacted AER for help yourself or personally know someone that has.

How can AER help? In 2019, we provided $9 million to more than 5,000 soldiers who were impacted by hurricanes, fires, floods, and other natural disasters. Last year, as the COVID-19 pandemic hit our nation hard, we established new relief programs to help Soldiers and their loved ones navigate childcare, remote education, PCS moves, and other critical financial needs caused by the pandemic, including expanded eligibility for U.S. Army Reserve & National Guard Soldiers. Overall, we have more than 30 categories of assistance; whether it’s personal vehicle repair, emergency travel, damage to your house from natural disasters, or funeral expenses caused by the loss of a loved one, we help soldiers deal with life’s unexpected costs. What’s more, all of our financial assistance is provided either as a grant or a zero-interest loan – unlike the payday lenders near Army installations that prey on soldiers, charging up to 36% interest (and sometimes higher) on short-term loans.

Even though our mission supports the global Army team, AER receives no funding from taxpayer dollars. Every dollar we provide to those in need is from donations by soldiers (active duty and retired), the American public, and industry partners. That’s where the Annual Campaign comes in— the main goal of the campaign is to raise awareness across the Army Team of AER’s benefits, while offering soldiers the opportunity to support their fellow brothers and sisters in arms by making a donation.

The many difficulties we’ve faced as a nation over the past year has re-emphasized the importance of supporting those who practice selfless sacrifice on behalf of others. That’s why the theme of this year’s Annual Campaign is “A Hand-Up for Soldiers”. Details on the campaign, which kicked off March 1 and runs through May 15, can be found at https://www.armyemergencyrelief.org/campaign. Donations can be made online, through an installation’s AER Officer, or your Unit Campaign Representative.

AER isn’t a giveaway program; it’s a hand-up for soldiers and Army families experiencing temporary financial need. We help soldiers get back on their feet and back in the fight; as the Chief of Staff of the Army, General James C. McConville says, “People First – Winning Matters”.  Remember, asking for help is a sign of strength! Let’s work together these next two months and make the 2021 Annual Campaign a success.

Retired Lt. Gen Raymond V. Mason is the Director of Army Emergency Relief. The Army’s Annual Campaign runs from March 1st through May 15th across all installations.