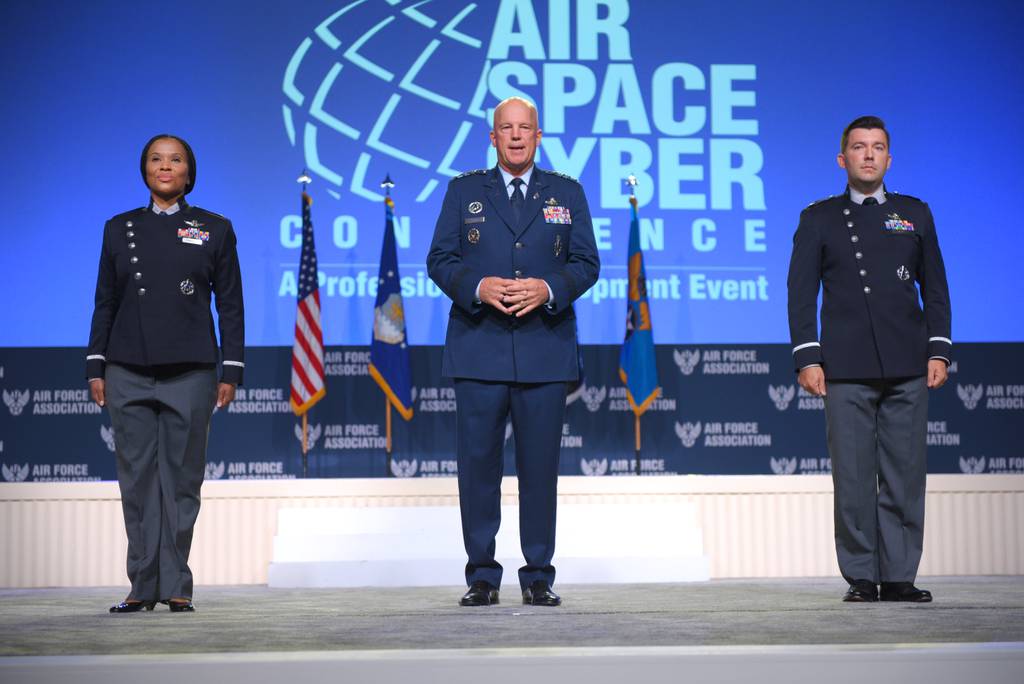 On September 20 and 21, 2021, the Space Force released their newly designed physical training and service dress uniforms, respectively. The announcements followed the release of the service’s new enlisted rank insignias.

The PT uniform consists of a grey shirt and black shorts , both featuring the Space Force’s Star Trek-esque logo. The shorts appear to include built-in compression liners like the Army’s APFU, and the shirt reads “SPACE FORCE” on the back. In addition to the Delta symbol, the associated black PT jacket bears the initialism “USSF” on the sleeves. While no pants have yet been released, neither has a reflective belt.

Uniquely, the service dress uniform offers a unisex appearance. “[The uniform is] distinctive, modern, professional, and comfortable to wear,” Space Force spokesperson Col. Catie Hague told Air Force Times. “We designed the female uniform first and then we created the male version.” The Space Force is the first military service created since all military roles were opened to women.

To represent the Space Force’s creation as the sixth military branch, the number six features heavily in the uniform. The jacket has six buttons, the name tag is hexagonal, and so is the enlisted rank insignia.

The uniform designs are preliminary and will continue to undergo testing and development before they are finalized. Although finalization could occur within the next few months, Hague cautioned that it could be years before they are widely available to any guardian who wants them.