The US may have invaded Cambodia because of the movie ‘Patton’ 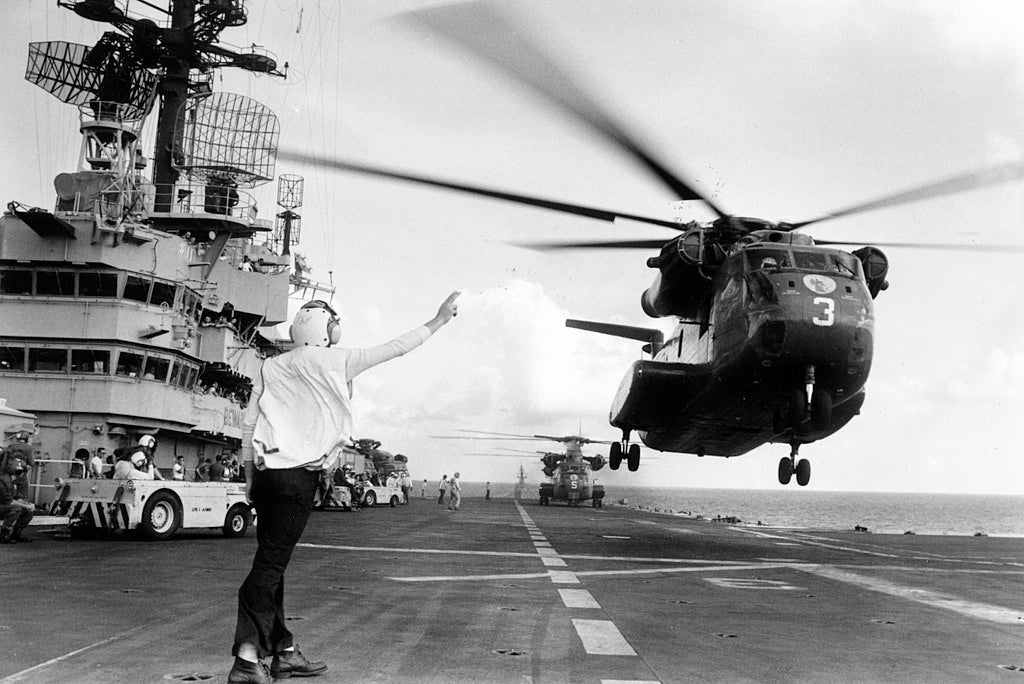 The year 1968 was a good one for President Richard Nixon. The Democratic Party was in chaos and he was elected President of the United States. But when he took office in 1969, the Democrats still controlled Congress and his promise to end the Vietnam War by November never materialized. He also had two Supreme Court nominees rejected by the Senate.

1970 wasn’t much better for the president. The media discovered that the United States had been fighting in neighboring Laos and 27 Americans died there. His public approval rating were slipping and nothing his commanders were doing in Vietnam would bring the North Vietnamese to the negotiating table.

Then one night, he sat down to watch a new movie starring George C. Scott: “Patton.” Nixon was reinvigorated and things were about to change.

“Patton,” as the Mighty’s audience is probably familiar, is the biographical film about the World War II life of Gen. George S. Patton during World War II. The film opens with star George C. Scott as the general giving one of his real-life trademark speeches Patton gave to his Third Army before invading Nazi-occupied Europe.

The actual speech was never written down, but those who saw it in person wrote snippets of it, many of which appear in the movie’s opening sequence. A historian later reconstructed it from those snippets. “Patton” recounts the general leading troops in North Africa, Sicily, and France. It also depicts his shortened postwar life.

Most people who see this film will finish with a sense of excitement or inspiration. President Nixon, writes author Stanley Karnow, was enthralled by it. According to Karnow’s book, “Vietnam: A History,” the president took to watching the film over and over again. To Nixon, Gen. Patton was also a solitary, misunderstood genius.

Nixon instructed his senior staff and advisors to watch “Patton” and to act more like the famous general would. Karnow writes that Nixon wanted to see some Patton-like action in Vietnam to break the war out of the rut it seemed to be mired in. He believed that a bold move in Vietnam would bring the communists to the negotiating table in Paris.

But the United States was drawing down from its commitment to Vietnam. Nixon was planning to pull 150,000 troops out of the country as part of his “Vietnamization” policy. Then Gen. Creighton Abrams told the president that he had to eliminate North Vietnamese bases hiding across the border in Cambodia before South Vietnam could stand to lose 150,000 allied troops.

Then Prince Norodom Sihanouk and Queen Sisowath Kossamak were forcibly removed from power in Cambodia. The new government expelled the North Vietnamese troops from Cambodia. Nixon had found the bold, Patton-like move he was hoping for.

On March 16, 1970, Nixon informed Kissinger he was going to order the bombing of North Vietnamese bases in Cambodia to disrupt the ability of communist forces to attack South Vietnam, show American resolve, and give the U.S. an advantage in Paris. To Nixon, it was the only way forward, to “”to do something on the military front…something they will understand.”

Nixon gave the order to invade “officially neutral” Cambodia on April 28, 1970. Two days later, he revealed the invasion to the American people. Instead of seeing it as a bold new initiative to give the South Vietnamese much-needed combat training and end the war, the public saw it as a wholesale expansion of the war.

Anti-War protests broke out and exploded across the United States. Schools closed as university students went on strike. On May 4, 1970, Ohio National guardsmen fired on a crowd of protestors at Kent State University, killing four. Congress then repealed the Gulf of Tonkin Resolution, limiting Nixon’s power to conduct the war.