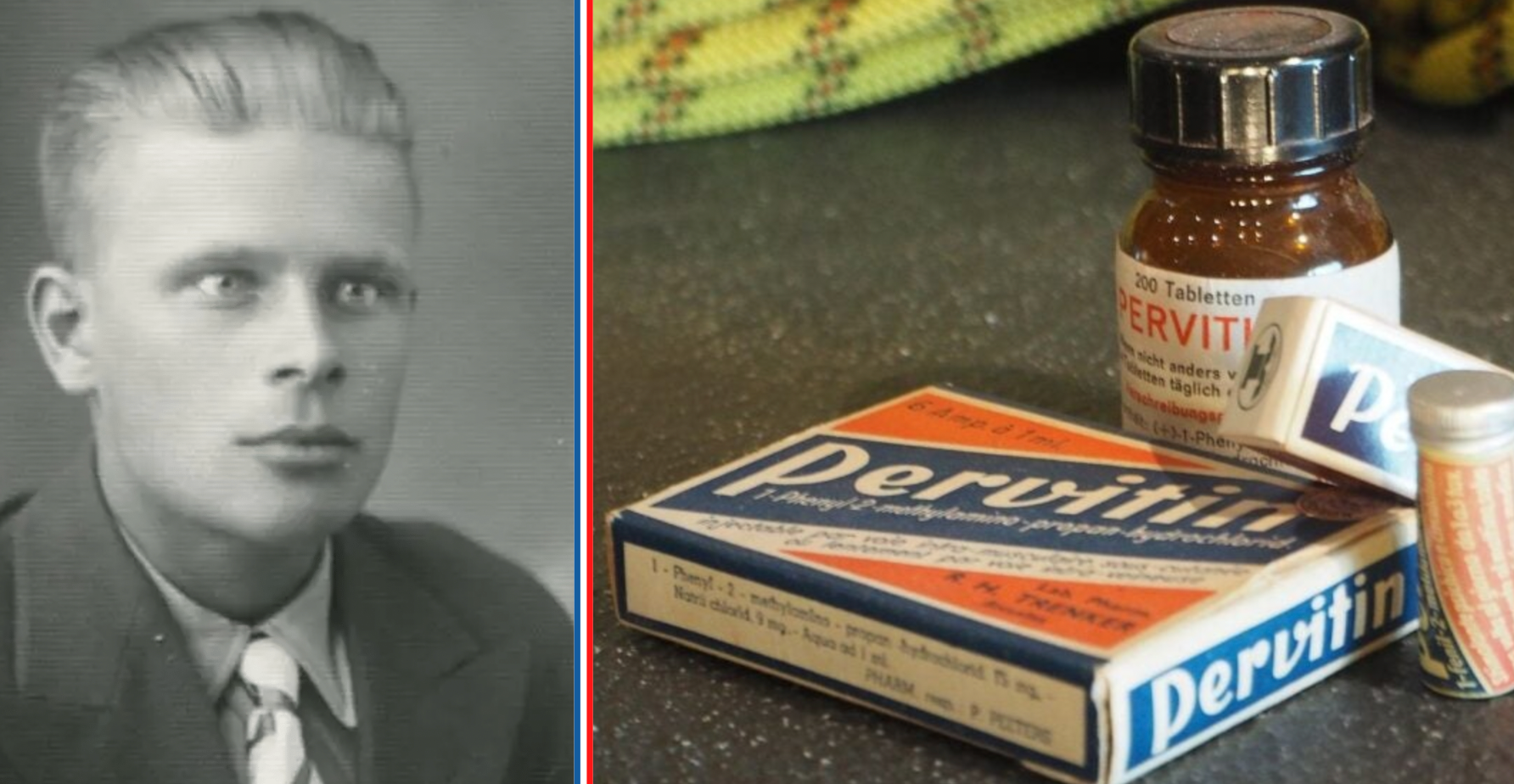 The U.S. military has a strict drug policy. Even the use of legal medication without a prescription can land you in hot water. However, in the German and Finnish Armies during WWII, one drug was not only legal, but standard issue: meth. Specifically, troops were issued Pervitin, the brand name for methamphetamine produced by the Temmler pharmaceutical company. The drug was used by troops to combat exhaustion and increase battlefield performance. It also led to the first documented overdose on meth by a soldier during combat.

On March 18, 1944, 27-year-old Corporal Aimo Koivunen led a group of Finnish soldiers from the 4th Company, 4th Detached Battalion Finnish Special Forces on a ski patrol south of Murmansk. The patrol made contact with Soviet troops who surrounded the numerically-inferior Finns. When the Finns escaped the encirclement, the Soviets pursued.

As the leader of the group, Koivunen blazed a path through the snow for his men with the Soviets giving chase. This was hard work though, and he began to fatigue. Luckily, Koivunen was also the bearer of the group’s supply of Pervitin. However, with the Soviets right behind them and unable remove his thick mittens to dole out a proper dosage, he consumed all 30 pills as he continued to ski. As the drugs kicked in, Koivunen skied more furiously and soon lost the Soviets…as well as his own men.

Amped up on the Pervitin, Koivunen skied until his vision blurred. Then, he continued skiing until he passed out. When he awoke the next morning, he found himself completely alone and without supplies. Still under the influence of the Pervitin, Koivunen resumed skiing and headed for Finnish lines. Over the next few days, he ran into more Soviet troops and successfully evaded all of them. At one point, he set off a landmine and was wounded, but kept on skiing. Koivunen passed out again in a ditch, but resumed skiing when it became clear that help would not find him there.

During his meth-fueled evasion, Koivunen reportedly ate only pine buds and a Siberian jay that he managed to catch and ate raw. After skiing over 400 kilometers in freezing weather for two weeks, Koivunen was found by Finnish forces and brought to a hospital. There, he was weighed just under 95 pounds and had a heart rate of 200 beats per minute. Incredibly, Koivunen survived his overdose and was discharged from the army in 1944. He passed away in Finland in 1989, at the age of 71. However, it should be noted that Koivunen’s experience was an exception, not the standard. Even the Nazis eventually stopped issuing Pervitin due to the negative side effects of the drug including irregular heartbeat, skin crawling, and death.