One of Stalin’s gulags was an island filled with cannibals 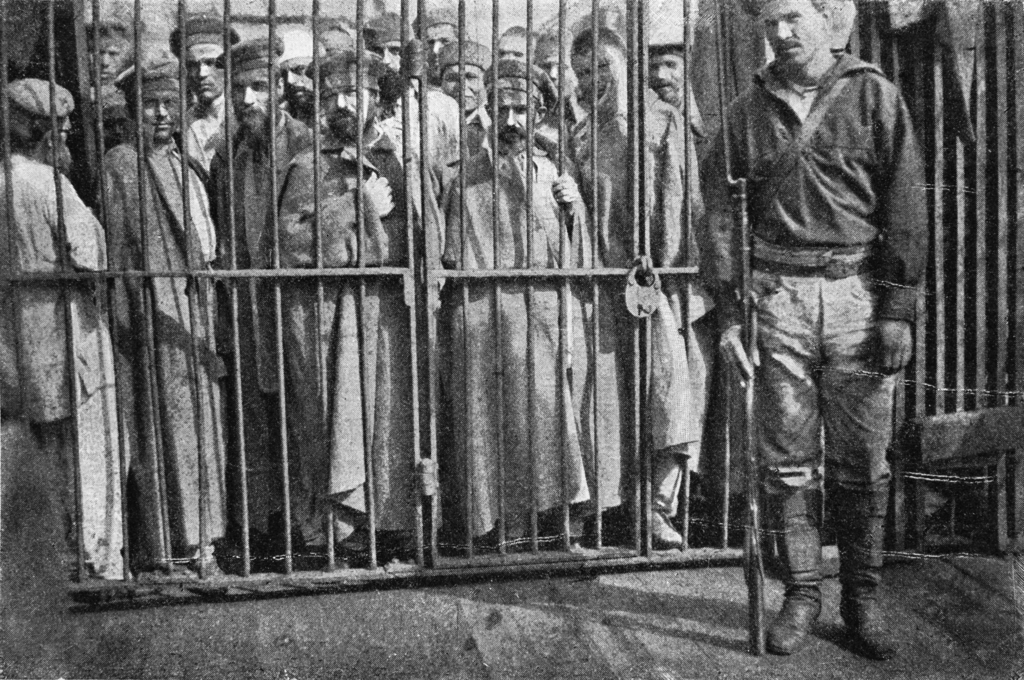 In 1930, Joseph Stalin sent 6,700 peasants into internal exile. The Communist party labeled the alleged rural capitalists as “kulaks,” condemned to be worked to death on an unknown island. Nearly 5,000 died in one of the most horrific death camps known as the Gulag. When the chaos that had taken place settled, the Soviet government successfully covered up one of the most disturbing instances of crimes against humanity. The Russian government has frequently downplayed horrors unearthed in the cannibal island. So vast was the wave of terror that swept over the Soviet Union, that we are only finding out the full extent now.

In order to keep the memory of the victims alive, a small group of locals traveled over 500-kilometers to reach the site of the atrocities. Political prisoners of the regime were forced to settle on a tiny, uninhabited island and make a settlement. The “settlers” went through brutal excesses of Soviet authorities. With zero oversight the project fell through the cracks and exacerbated the situation.

In what looked like the ultimate “Hunger Games,” the idea presented to Joseph Stalin turned to be an entirely failed system of self-sufficient settlements in the Siberian island.

The inception of the horrific occurrences on the island began in May 1930, when colossal barges landed at Nazinsky island to deliver about 3,000 “settlers,” whose aim was to construct special settlements. At the time the Soviet Union was suffering from the outset of a famine. In theory, if you build more farms, you can produce more food. Stalin resorted to forcing the large peasantry into collective farms as part of his attempt to build socialism.

However, he needed labor for the labor camps. His brutal strategy soon turned into a war with the peasants, especially those regarded as “kulaks.” Deportations were conducted rapidly. When the majority of the population obey the law out of fear, you need to make new laws to fill the prisons.

After they were driven from their homes, the kulaks had to be transported to the island in Northern Siberia and forced to work as labor forces. So brutal was the journey that at least 27 of the prisoners had died before even reaching the island. Official documentation contended that the social engineering project was geared towards constructing a network of labor camps, but a kulak could be anyone considered an enemy of the state.

The social program was less about establishing collective farms and more about eliminating undesirables. With limited resources and experience to handle a vast number of detainees, authorities simply didn’t give a sh*t. Other prisoners would manage the problem. This meant they had the discretion to figure out where and how to establish the settlements.

Nazinsky Island was a desolate swamp with no buildings, food or a supply chain to feed all the captives. To plunge an already deplorable situation further, an additional 1,200 prisoners were brought onto the island. Originally, the plan was for the authorities to ship flour to the island to make bread. The problem was that the guards had no oversight — there was no accountability of gear or supplies.

When the settlers were dropped over they weren’t even given tools to use. No food, no shelter, harsh weather, with no laws. The accompanying chaos forced the guards to select a group of captains – petty criminals who often demanded compensation from the prisoners. The more violent criminals declared themselves captains who kept the lion’s share for themselves.

Within a few weeks, the island quickly descended into a complete state of insanity. There were no laws to protect the weak, and the anarchy gave prisoners leeway to resort to cannibalism. With little to eat, women and girls were tied to trees. While still alive, their breasts and muscles were torn off – literally every piece of flesh was consumed by the hungry. The settlers begged for food and communism gave them more live bodies.

Desperate deportees coupled with sadist authorities turned into a bunch of killers. The cannibalism that took place went up a notch in barbarity. Criminals traded gold, ripped from the teeth of the dead, for cigarettes. A surviving prisoner recounts people who ate roasted human meat – and even confesses to eating livers and hearts. By mid-June, it was apparent that the project had failed and the Soviet Union brought this cruelty to an end. Sources conflict on the exact amount of victims of the island. It is estimated that more than 4,000 died, only about 2,200 captives were shipped to other work camps.  Stalin literally had every type of concentration camp imaginable, and he had a very big imagination.