This special Corvette raised a record-breaking $3.6 million for a military charity - We Are The Mighty

This special Corvette raised a record-breaking $3.6 million for a military charity 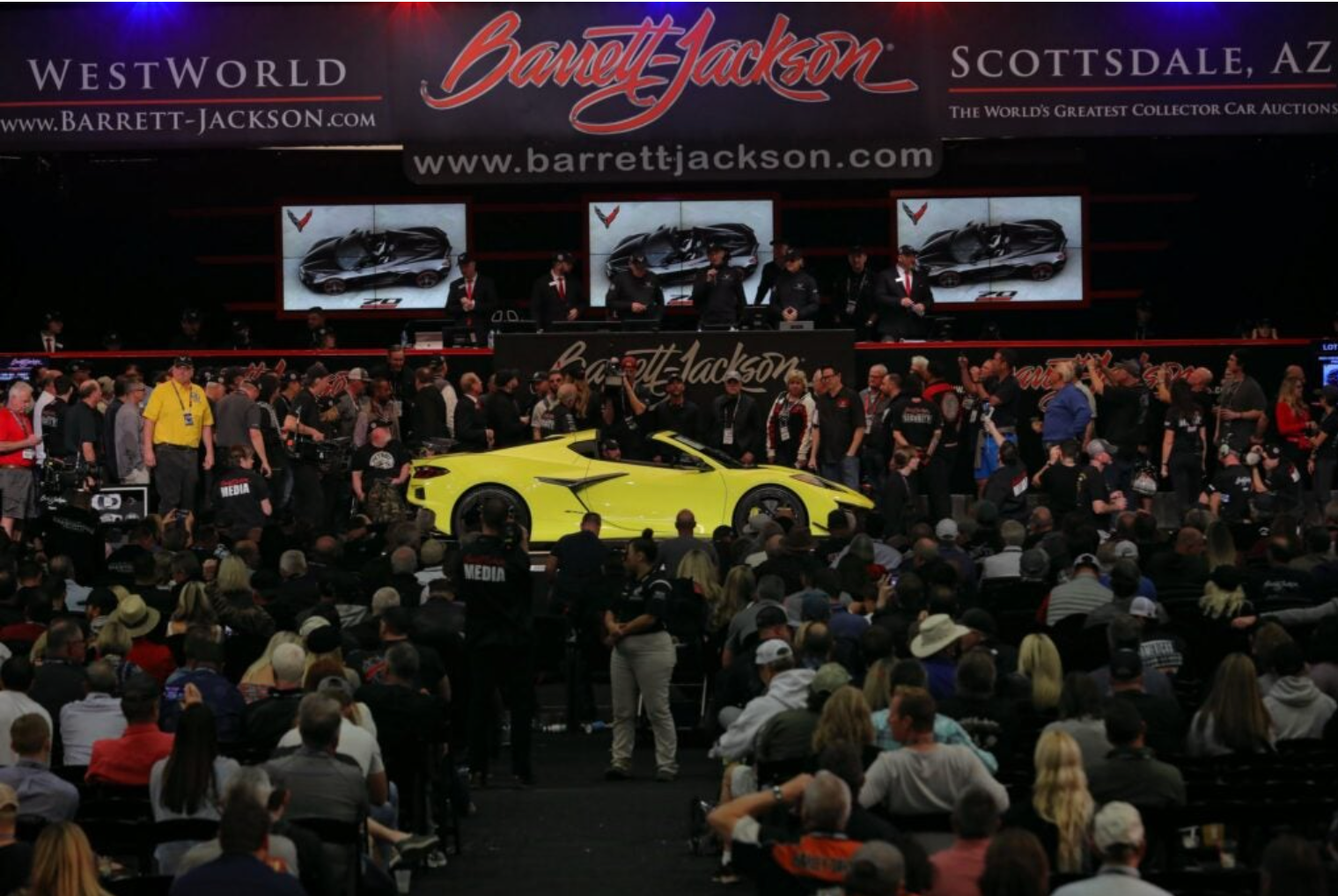 The bidding for the Corvette garnered much excitement from the crowd (Barrett-Jackson).

The eighth generation Chevrolet Corvette (C8) made a splash in the automotive world as the first mid-engine Corvette. Following the car’s debut in 2019, it’s next big milestone was the release of the performance-focused Z06 version. Naturally, the first production model of the 2023 Corvette Z06 would be highly sought after. So, Chevrolet donated the car to be auctioned off for charity.

The 2023 Chevrolet Corvette Z06 70th Anniversary Edition with VIN 001 went to the Barrett-Jackson Scottsdale auction where it was expected to sell for over $1 million. Moreover, 100% of the proceeds from the sale would go to Operation Homefront, a national non-profit that serves military families and veterans. Their mission is “to build strong, stable, secure military families so they can thrive in the communities they have worked hard to protect.”

With its 5.5-liter LT6 V-8 engine producing 670-hp, the Z06’s price will start at $90,000 when it hits the market in summer 2022. However, the first production model sold for a whopping $3.6 million at auction. It even set a new Barett-Jackson record for a car auctioned for charity. The car that previously held the record, the first Corvette C8 Stingray, sold for $3 million in 2020 to benefit the Detroit Children’s Fund. Both cars were won by NASCAR team owner Rick Hendrick.

With the car selling for such a huge sum, Operation Homefront was extremely grateful for the support. “Seeing the crowd so energized in support of our nation’s military and veteran families was inspiring,” the organization tweeted following the hammer drop.