The Army's augmented reality goggles are awesome but come with a headache...literally - We Are The Mighty 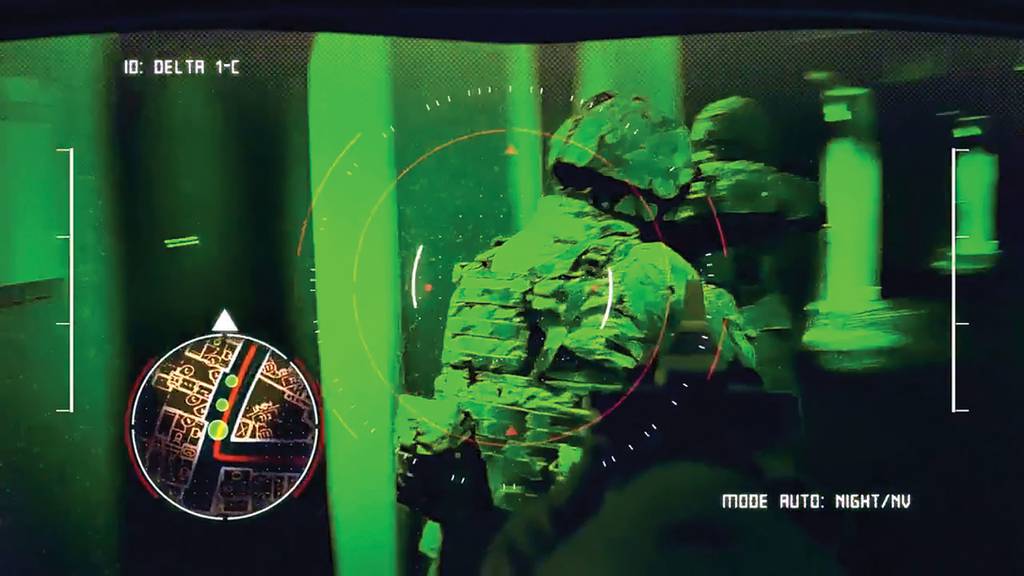 The video game-like overlay that IVAS provides is familiar to new soldiers and helps with its integration (U.S. Army).

Since 2019, the Army has been testing the next-generation Integrated Visual Augmentation System goggles. IVAS provides troops with a sci-fi-like heads-up display that feeds them real-time data like outlining friendlies vs. hostiles, a compass and live map, objective markers and pings, and can even be used as night vision goggles. While IVAS seems to turn the battlefield into a video game, the advanced system also comes with a literal headache for its users.

Based on the HoloLens system from Microsoft, the IVAS has been in development since 2018. Although the system was scheduled to complete testing and be fielded in 2021, IVAS has experienced a series of delays. In October 2021, the Program Executive Office Soldier acquisition agency confirmed that the IVAS operational test and fielding would be shifted to FY22 to allow the development team to “enhance the IVAS technology platform.”

Similar to wearing a virtual reality headset, IVAS users reported experiencing side effects after wearing the goggles. These physical problems included headaches and nausea as well as neck strain caused by IVAS. Following these issues, IVAS is scheduled to undergo further testing in May 2022 and be fielded to units by the end of September.

Barring the physical side effects, IVAS has proven to be an effective force multiplier in testing. Using augmented reality and a suite of sensors, the system can provide real-time language translation, facial recognition, and even identify objectives for the user. Through its integration with other systems, IVAS allows soldiers to know what’s outside of their vehicle before they disembark and what’s around a corner without having to peek it. This kind of situational awareness increases the lethality of the American soldier while also improving their survivability.

The IVAS goggle functions are controlled with a chest-mounted control pad. The system is intuitive enough that soldiers testing the system were able to plan entire missions using IVAS. The goggles are also treated with an anti-fog coating that held up in 95 degree and 100% humidity weather conditions. They are also rated for chemical, biological, radiological, and nuclear environments and can be worn with gas masks and other protective equipment.

Soldiers who tested IVAS have especially highlighted its usefulness in land navigation. “You never have to stop to do a map check or anything like that because, with just the push of a button, you have an arrow that’s in the bottom of your screen and you walk the arrow to your point, so there’s no accidentally drifting left or right,” said Sgt. 1st Class Brian Hayman in an Army press release. Hayman is a platoon sergeant with 3rd Battalion, 75th Ranger Regiment who tested and provided feedback on the system. IVAS technical director Jason Regnier reported in a program update that soldiers testing IVAS even set records on land navigation courses.

If the Army can work out the physical side effects experienced by test soldiers, IVAS shows great promise for soldiers on future battlefields. Mimicking the appearance of popular video games like Halo, Call of Duty, and Battlefield, the system is a natural transition for the next generation of troops. Additionally, IVAS developers plan on releasing a development kit to allow users to create apps and improve IVAS’ abilities as the need a rises in the field.