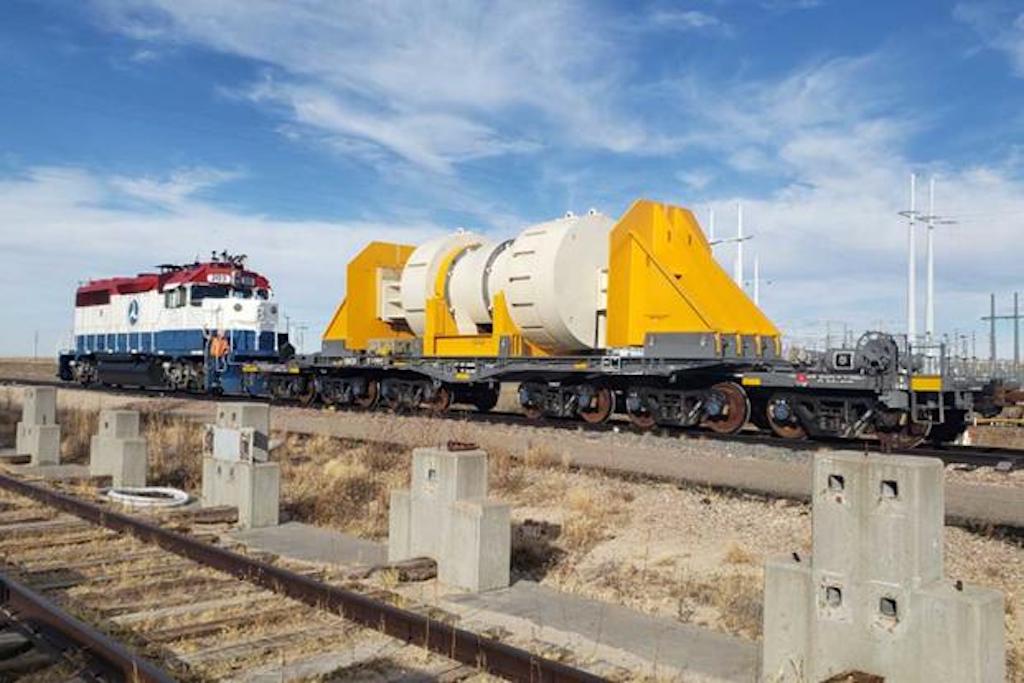 The fact of the matter is a lot of sensitive things are still moved by train across the United States, specifically nuclear weapons and spent nuclear fuel rods. The U.S. military can’t just strap a nuke onto a boxcar and send it along, hoping for the best; these things need to be secured from point A to point B and everywhere in between.

That’s why the U.S. Navy has developed the Rail Escort Vehicle, a technological collaboration between the Navy and the U.S. Department of Energy, the government watchdog for all things nuclear. The REV, as it’s called, is designed to be the caboose on a train car capable of destroying massive amounts of human life.

The first Rail Escort Vehicle left the assembly lines in Portland, Oregon in February 2022, bound for a testing site in Pueblo, Colorado. After testing is completed at the Transportation Technology Center, it will finally enter service. From there it will be connected to the Energy Department’s Atlas Railcar, where it will assist in protecting hundreds of tons of radioactive waste material.

The Atlas Rail Car can carry 17 casks of spent nuclear fuel rods, weighing anywhere between 82 and 210 tons. When ferrying between the east and west coasts, collecting spent fuel from nuclear facilities and shipyards, the train will be loaded with two locomotives to move the heavy load, along with anywhere from one to seven Atlas Rail Cars. The REV will be the security center of the train in the rear, housing security personnel and monitoring the entire train.

Its destination will be the Naval Reactors Facility in Idaho, where the casks will be inspected and stored before going underground, where it will stay for the next few thousand years. The Navy has been moving its spent nuclear fuel by rail for the past 60 years. Adding increased security to the security car is the latest upgrade in the process.

Previous security cabooses are currently yellow cars, offering similar protection, but the new Rail Escort Vehicle will provide a technological boost to those measures. What those boosts entail are classified, but the manufacturer writes that it provides, “enhanced security, communication and surveillance capabilities.”

The security personnel that will be manning the rail car cabooses are U.S. Navy sailors, trained in the care, handling, and security of their radioactive cargo. They will not only be armed, but the new cars will give them multiple and redundant communications media.

One more feature of the REV car is that its living quarters for security personnel is a massive upgrade, giving them comfortable living quarters during the trip. These train rides can go on for thousands of miles as they criss-cross the country, making stops to pick up waste and offload it in Idaho. Train cars are not only the most economical mode of transport for spent nuclear fuel, it’s also one of the safest.

The Navy’s record of zero nuclear accidents since it first started using nuclear reactors to power its ship extends to the waste disposal trains. Naval personnel drill 11 times per year to react and respond to nuclear waste-related accidents on the rails. The Rail Escort Vehicle is expected to enter service in 2024.