The last dogfight between propeller airplanes happened in Central America 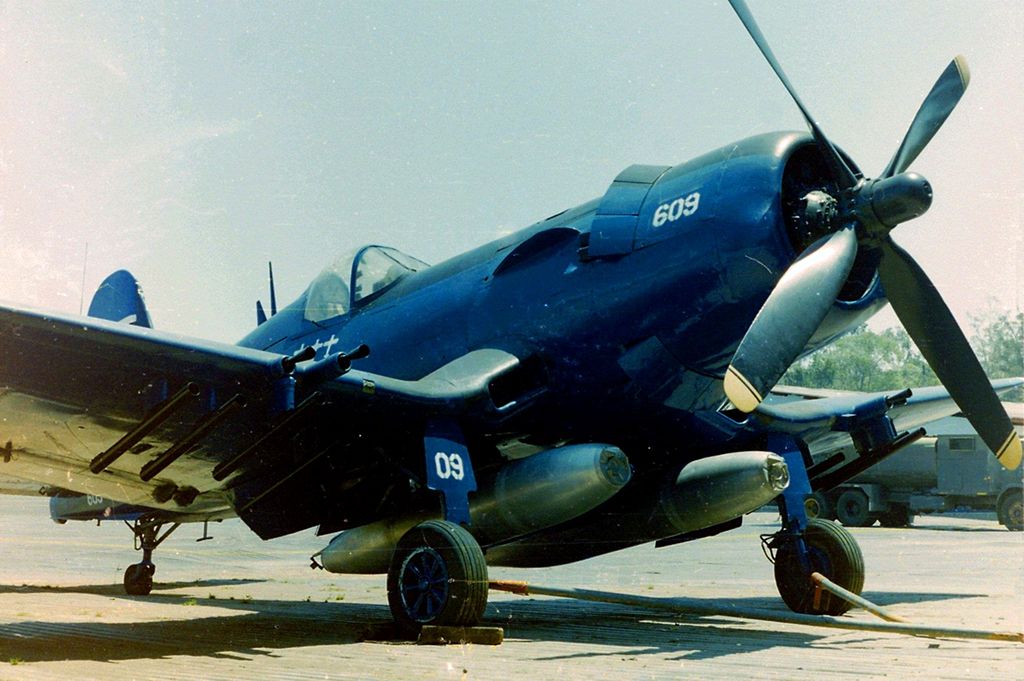 Honduran Air Force Vought F4U-5NL No. FAH-609 Corsair flown by Cap. Fernando Soto when he shot down three Salvadoran planes. Now on display at the Museo del Aire in Tegucigalpa.

In 1969, Honduras and El Salvador fought a brief but explosive war that lasted 100 hours. It is sometimes called “The Football War” because its outbreak coincided with a soccer riot between fans of the two countries’ national teams during the 1970 World Cup Qualifier. The war itself was anything but a soccer riot.

Of course by 1969, much of the world had moved on from propeller-driven, piston engine aircraft. The United States, its NATO allies, the Soviet Union and the Communist Bloc were all in an arms race, competing for faster, more agile aircraft. Their old equipment went up for sale to the so-called “third world,” mostly developing countries without the resources for things like jet aircraft, and didn’t choose a side between the capitalist West or Communist East.

When they went to war in 1969, they were using the old weapons made by the major powers for past wars, specifically World War II. Everything from vehicles to aircraft were WWII throwbacks. So when their air forces took to the skies in rabid dogfighting, they flew those propeller-driven legends into combat.

Honduras and El Salvador were two of the previously-mentioned third world countries. They were neighbors with a shared history and, in some places, a shared population. Honduras in 1969 was a country with five times as much land area as El Salvador, but El Salvador had a million more people. For decades, Salvadorans had been migrating to Honduras looking for more living space. By the time of the 100 Hours War, 20% of Honduras’ population were actually from El Salvador.

In 1962, Honduras passed a law that redistributed land occupied illegally by migrating El Salvadorans. Regardless of ownership status, Salvadorans were thrown off their land and saw it given to a native Honduran. Thousands of Salvadorans were also expelled from the country, forced to migrate back to their home country.

The land reform law created a lot of tensions, not just between the two governments, but also between the two peoples. The riot at the World Cup qualifier only heightened the tensions. It led to a complete breakdown in diplomatic relations and the two countries went to war on July 14, 1969.

For four days, Corsairs and Mustangs took to the skies in air combat, just as they had done over places like Britain, France, Germany, and the South Pacific 25 years prior. On the last day of the war, Honduras’ Capt. Fernando Soto and his wingman, Capt Edgardo Acosta, met two Salvadoran Mustangs over Honduras’ capital of Tegucigalpa. They were zooming in to help a third pilot who had been jumped in midair by the attackers.

After dispatching the two mustangs, they flew on to engage two more enemy planes. This time, they were fighting old Corsairs. After Soto flamed one of the bogies, two more Mustangs appeared from nowhere. while Acosta checked the two newcomers, somehow the remaining Corsair got hot on Soto’s tail.

For what seemed like forever, the two pilots engaged in a battle of maneuvers that ended with Soto doing a split-S which put him directly behind the enemy Corsair. He shot it down with his 20-mm cannons. It was the last dogfight of the war and the last time a prop-driven aircraft saw direct air-to-air combat against another.