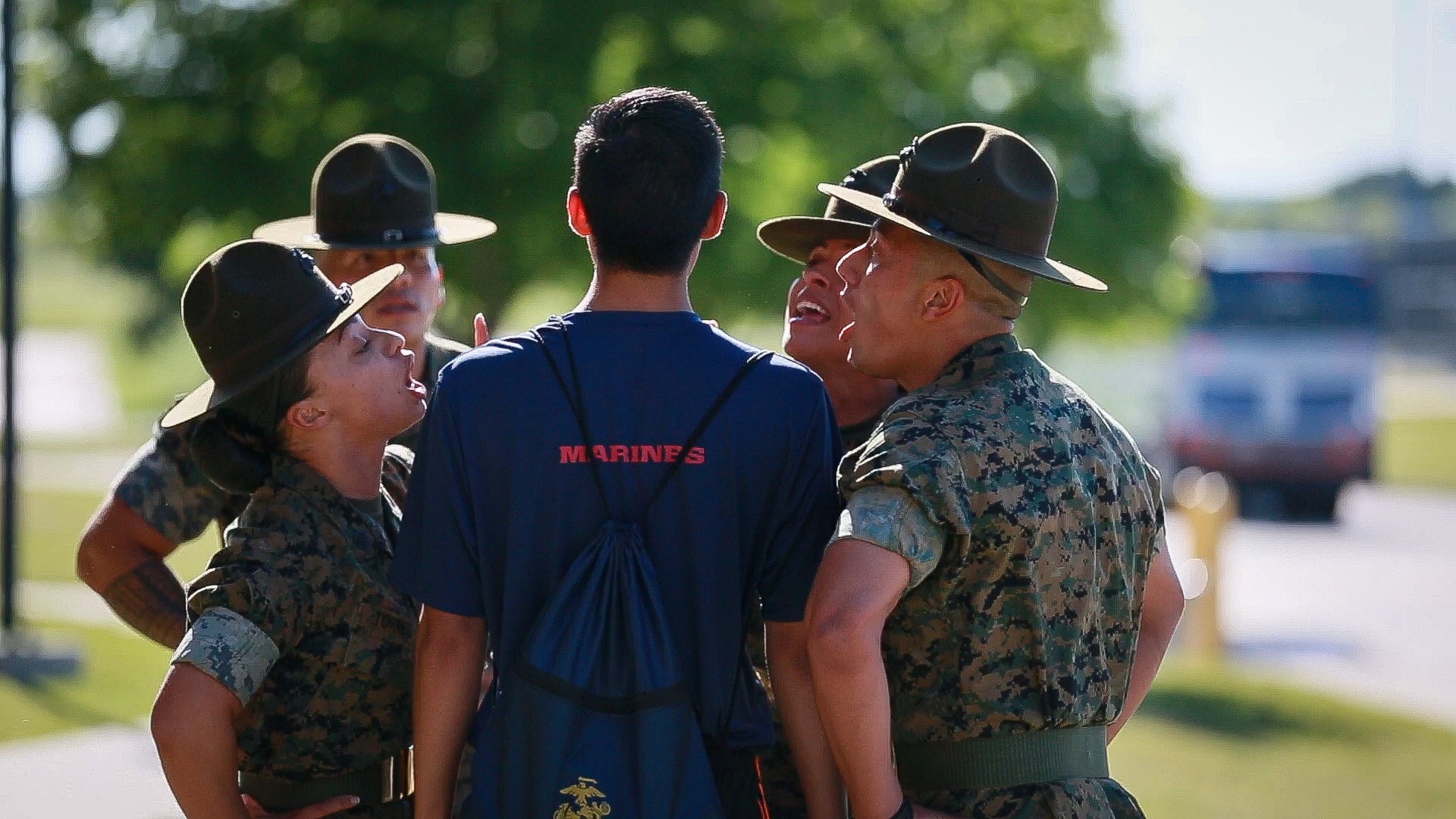 Future Marines from Marine Corps Recruiting Station Fort Worth got a taste of what Recruit Training will be like during the station’s Annual Pool Function, April 27-28, 2019. (Photo by Sgt. Danielle Rodrigues/Released).

It’s time to focus on the PFT, also known as the Physical Fitness Test. That’s lots of running and crunches. With pull-ups, you should go in with the ability to do 20 in one go but the reality is most people fall around the 18 and 19 category. Aim higher but if you’re trying to ship out fast, then those numbers will do as a base. Just continue to improve because your future promotions depend on it. These are the top 6 tips from a Marine infantryman to prepare yourself for boot camp.

Do not bring anything with you

Everything you come with will be taken and separated during receiving. Don’t take anything sentimental with you. Do you really want to lose a family heirloom in boot camp? If it means something to you keep it safe. Take it with you on deployments in the future where you’ll be able to reflect during the quiet moments. Trust me, prepare yourself to be busy “AF” in Parris Island or San Diego.

If you have a famous relative keep it to yourself

My last name is Cano and no matter how hard I tried to tell the Marines at the armory I am not related to the baseball player they would not believe me. I’m not. Yet, I still got slayed on the quarter deck regardless. So, if you are related to someone influential, be warned: STFU.

Stick together if you join as a group

When I enlisted I was fortunate enough to enlist with my friends. The three of us had each other’s back throughout. It’s up to each of you to also stick together during receiving and letting the staff know you’re in the same program. It’s organized chaos and the staff do not have an individual list saying ‘these guys go here because of their specific contract’. Receiving is your first test to making sure you all get hazed in the same squad bay. If you have the same Military Occupational Specialty, MOS, prepare yourself to potentially get stationed at the same school and even unit when you hit the fleet.

Memorize as much knowledge as possible

If you’re shipping out quickly, the most important piece of knowledge is your general orders. Everything else is extra but the meat and potatoes are those orders. Prepare yourself to know your general orders in the fleet in-case someone wants to throw a curve ball during an inspection.

Knowing your general orders is not only the first thing you should learn as a recruit but it will also keep you from getting hazed for the wrong reason. Boot camp is designed to test your mental and physical limits. Prepare yourself to learn these before shipping out will help you by having one less thing to worry about.

Just like the general orders, memorizing the rank structure will be one less thing to worry about during training. You’re going to need all the extra time and energy to memorize other things in boot camp. After boot camp you’ll remember these forever.

Just friggin’ yell. Sometimes you can be completely wrong but if you’re intense enough you’ll pass. After a while the yelling becomes funny when the shock factor of boot camp goes away. I remember when we would be standing on the line in the squad bay we would see how ridiculous we would be able to get to formation without it being the reason to be yelled at. The best one was where one of the recruits jumped on line into the formation completely butt naked. Just red in the face yelling ‘Aye, sir’ at another grown man at attention. Instant, means instant in the Marines. Due to instant obedience to orders he was not in the wrong and won.