'Was it worth it?' One year out of Afghanistan, a Marine reflects on service - We Are The Mighty

‘Was it worth it?’ One year out of Afghanistan, a Marine reflects on service 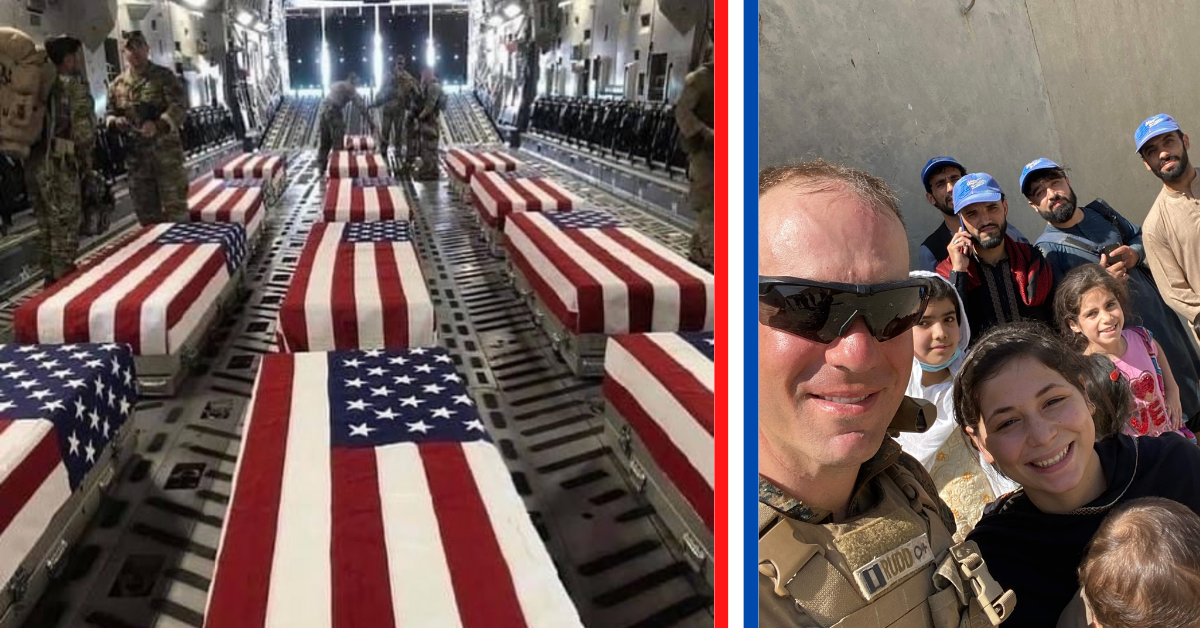 The events leading up to and after August 26, 2021 have reverberated through the military community for a year – echoing a haunting grief and shared pain. Captain Andrew Rudd was on the ground for it all.

Before Rudd was in the United States Marine Corps outside the gates in Kabul on that devastating day, he was passionate about music; wanting to make it a career. “I grew up in a pretty rural area of Indiana and there wasn’t any military history in my family. But I was affected like many of those in our generation after the events of 9/11,” he explained. “I felt a pull to serve in some capacity and sought out a Marine Corps recruiter but was disqualified due to kidney condition.”

He attended college for music as the wars in Afghanistan and Iraq began. In 2004, he was able to enlist in the Corps as a musician and served in that capacity for eight years. Rudd shared that he felt like something was missing in his story of service and in 2011 he became a drill instructor for basic training. “It was a turning point in my career,” he added.

There were two Marines who shaped his path going forward: Joe McNamara and Justin Gray. “Both are infantry officers and really showed me there’s so much more to see and experience in the Marine Corps outside of being part of the band,” Rudd shared. “Here I was leading Marines that were surely headed to combat and it was something I had just never seen — though I had lost friends over there. So, I made the decision to apply to the Enlisted Commissioning Program and was accepted.”

After his training – he was assigned as a Field Artillery Officer. Rudd would be sent to an artillery unit in California for three years before being reassigned later to go to the Basic School in Quantico as an instructor. From there, he was chosen to attend Expeditionary Warfare School and assigned to the 2nd Battalion 10th Marines at Camp Lejeune in North Carolina.

His next orders would be a rapid deployment to Afghanistan.

“The war lasted for 20 years; there’s all sorts of people who are a lot smarter than me, who could say that it should or shouldn’t have happened. I got orders to go to Afghanistan and that’s where I went,” Rudd said. “When I got there, I saw people who needed help. I had an incredible unit who needed a leader. But they had leaders and they’re all leaders. I’m just lucky I got to serve alongside them. My goal was to get there and do my job while keeping my Marines safe and bring them home.”

As the Commander for Echo Battery, Battalion Landing Team, 1st Battalion 8th Marines with the 24th Marine Expeditionary unit – they landed in Afghanistan in early August of 2021 with a clear mission.

“We were there to save American citizens, coalition partners, SIV holders and applicants, embassy workers and get as many as possible out. It’s my understanding that this was the largest non-combatant evacuation operation that had ever occurred,” Rudd said. “We did it under really strenuous conditions and that’s putting it about as lightly as I can.”

The scene at the airport was visibly chaotic with ever-changing plans and policy as American and coalition forces worked as quickly as possible towards the approaching deadline of the official withdrawal. All the while, their operation played out in real time on the news and social media across the globe. “There isn’t an interview that we could conduct that could describe what we saw or what we had to work through,” he added.

Certainly, there were plenty of media commentators voicing how it should have gone down. But for those who were actually on the ground, it was a much different view. It was real.

“We didn’t have the luxury to admire problems because we had to go find solutions to those problems,” Rudd shared. “I think there are realities of what the situation on the ground was for a war that was shutting down. My job isn’t necessarily to get into philosophical debates about decisions that get made. My job is to understand the intent and guidance given to me from my commanders, develop the best possible plan, and go execute. That’s what me and my Marines did.”

One of the things he had to do was build a list of things which would make the evacuation go smoother and address vital needs of those on the ground. It’s how he ended up partnered with the Army’s 9th Psychological Operations Battalion (Airborne) and meeting Staff Sgt. Ryan Knauss.

“It was because of all of them that the situation really started improving at the airport. From there, it was controlling what was happening outside of the gates,” Rudd explained. “As we approached August 26, some of the Marines and PsyOps team were out there, doing that same job at Abbey gate they’d been doing throughout — trying to control a panicked group of people, saving as many lives as we could, while offering whatever level of comfort and care possible.”

In the early days, families were arriving without shoes and there was not enough food and water. Children were malnourished and dehydrated from days of being awake in the hot sun. Rudd bore witness to the overwhelming kindness and humanitarian aid given by those on the ground, like Marine Corps Sgt. Nicole Gee. “The tenderness she and some of the other female engagement team members offered these little kids rips your insides out,” he added.

On August 26, 2021, a suicide bomber and terrorist would take the lives of 13 American service members; Knauss and Gee among them, while killing over 170 innocent Afghan civilians and wounding hundreds more.

“In the midst of trying to do the best possible good, the worst possible bad occurred. I think people don’t realize that all of those Marines, the corpsman and the soldier – they died as heroes saving people’s lives,” Rudd shared. “I can’t think of anything more pure and honest and righteous and good than that. My biggest fear is that time will continue to pass and people will forget and we’ll stop talking about it because it’s ugly and hard.”

Around 1% of the American population is in uniform defending and protecting the rest of its citizens. With technological advances and instant gratification readily available, comfort can be easy to expect.

“We lose sight that there’s a whole other part of the world that maybe doesn’t see things the way that we see it. And that there are some legitimately bad folks in the world who don’t like how we live and want to hurt people,” Rudd said. “It’s not my job to go get every bad guy on the planet but if I can go stand in between those who wish to do us harm, I will. I am forever humbled to have served alongside the Marines of Battery E and so proud of the work they did. They made a difference.”

For those who were on the ground in the final days of the withdrawal – it’s a kindred bond and experience like no other. Though the media extensively covered the losses initially – within a month, the news cycle found another story to showcase, leaving the military community to pick up the pieces left behind.

Rudd has made it his mission in the wake of the losses to champion prioritizing mental health. As service members and veterans continue to grapple with the losses after 20 years and the never forgotten experiences of the War on Terror – it’s a battle he wants them to know they don’t have to fight alone.