Today in military history: America is attacked - We Are The Mighty 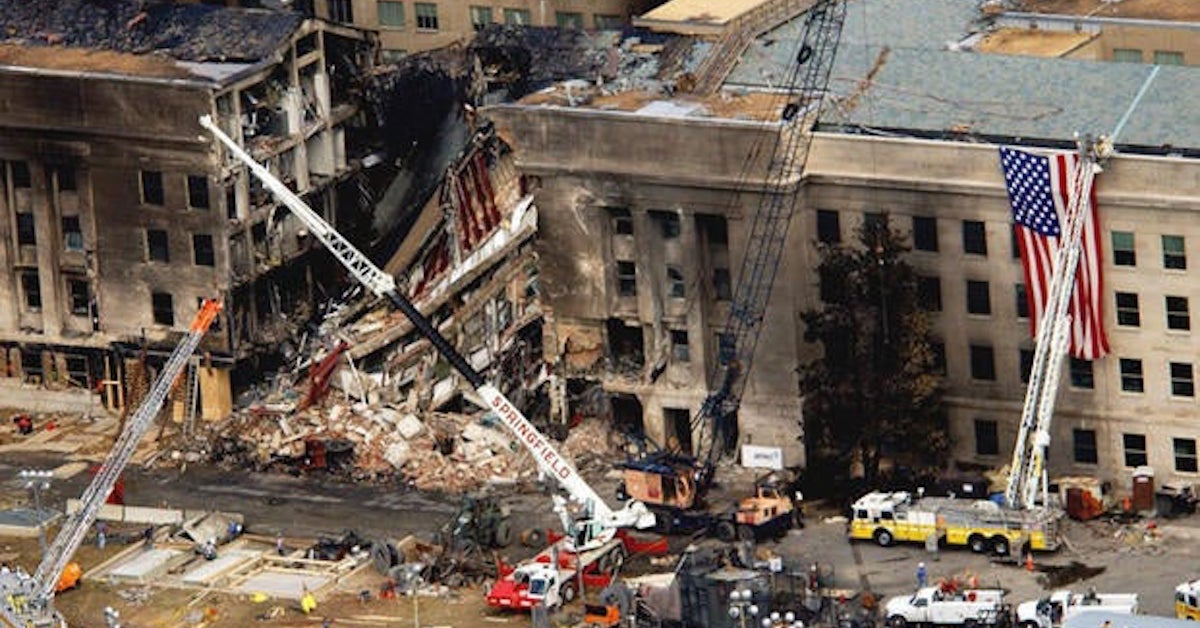 On Sep. 11, 2001, the United States of America was attacked at home when four airplanes were hijacked by al Qaeda terrorists operating on behalf of Osama bin Laden.

At 8:45AM in New York City, American Airlines Flight 11 crashed into the North tower of the World Trade Center. Eighteen minutes later, United Airlines Flight 175 collided with the South tower. Less than 15 minutes after that, the South tower collapsed and at 10:30AM, so, too, did the North tower. Two thousand, seven hundred and fifty-three people were killed at the World Trade Center.

Meanwhile, American Airlines Flight 77 slammed into the Pentagon in Washington D.C., killing 125 military and civilian personnel on the ground as well as 64 people aboard the plane.

By then, passengers aboard a fourth hijacked plane, United Airlines Flight 93, learned of the events in Washington and New York and fought the hijackers aboard their aircraft, crashing their plane in a rural field in western Pennsylvania. Its intended target remains unknown. Forty passengers and crew were killed.

All together, two thousand, nine hundred and ninety-six people were killed in the attacks, with over six thousand more injured. The United States responded with conflicts across the Middle East that continue to this day, fighting multiple terrorist organizations on multiple fronts.

Featured Image: An aerial view of the damage at the Pentagon two days after Sept. 11, 2001. On that day, five members of al-Qaeda, a group of fundamentalist Islamic Muslims, hijacked American Airlines Flight 77, a Boeing 757-200, from Dulles International Airport just outside Washington and flew the aircraft and its 64 passengers into the side of the Pentagon. (Air Force photo by Tech. Sgt. Cedric H. Rudisill)