Today in military history: Elvis Presley is drafted into the US Army - We Are The Mighty

Today in military history: Elvis Presley is drafted into the US Army 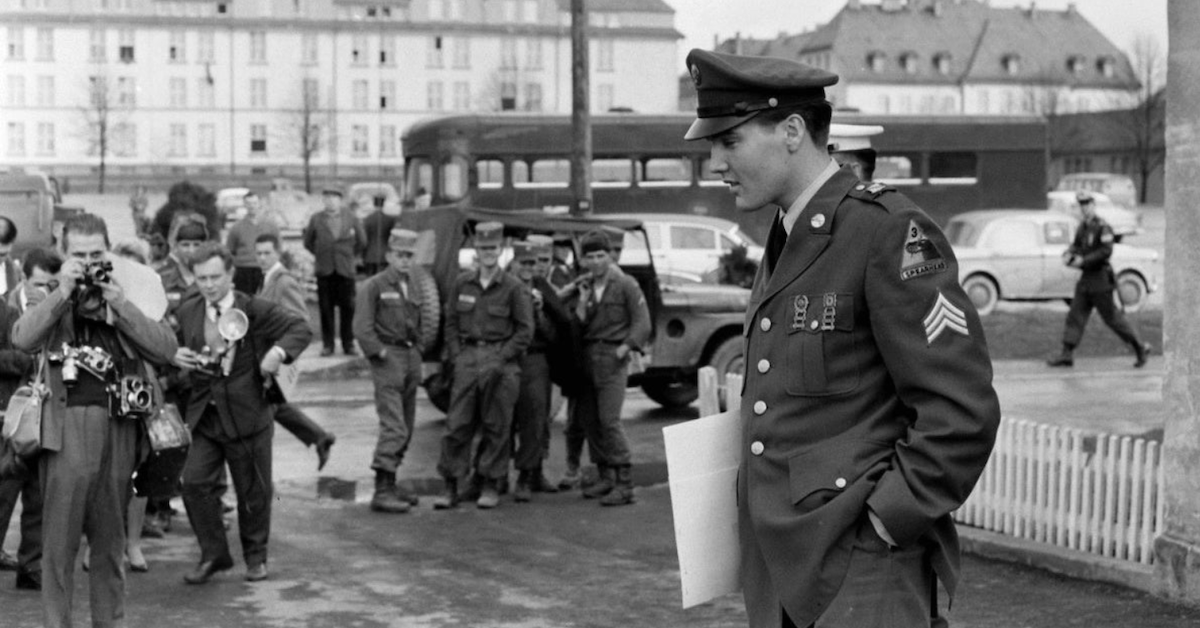 After one deferment to complete the film King Creole, Elvis Aron Presley reported for basic training at Fort Hood on March 24, 1958, where he was assigned to the 2nd Armored Division’s ‘Hell on Wheels’ unit. His induction was a major event that attracted fans and media attention.

After basic training, Presley sailed to Europe aboard the USS General Randall to serve with the 3rd Armored Division in Friedberg, Germany. By March 1960, Sergeant Presley finished his military commitment and received an honorable discharge from active duty.

Reflecting on his service, Presley once told Armed Forces Radio and Television that he was determined to go to any limits to prove himself — and he did, though his career as an artist was never too far from reach. Shortly after returning to the United States, he shot the film G.I. Blues, a musical comedy where Presley played a tank crewman with a singing career.

While his military career may have been rather unremarkable comparatively, he still gave our enemies pause. While Presley was stationed in West Germany, the East Germans and the Soviet Union were on the verge of going to war because the guy who sang Jailhouse Rock was on their doorstep.

They came to the conclusion that the United States had Elvis singing and dancing so close to the border in order to cause young communists to leap the border to go see him in concert.

To the East German defense minister, Willi Stoph, Elvis and his rock music were “means of seduction to make the youth ripe for atomic war.” The East Germany Communist Party leader, Walter Ulbricht, even said in an address to the people that it was “not enough to reject the capitalist decadence with words, to … speak out against the ecstatic ‘singing’ of someone like Presley. We have to offer something better.”

The communists needed a secret weapon of their own to counter Elvis’ sultry hip movements. So they came up with the Lipsi, a dance that was, uh…let’s just say the communist-approved version of the waltz that was aimed towards youngsters never caught on because, well…who wants to waltz politely with a dictator staring at you when you could move like The King?

Turns out, everyone defends freedom in their own way.