Today in military history: First man on the moon - We Are The Mighty

Today in military history: First man on the moon 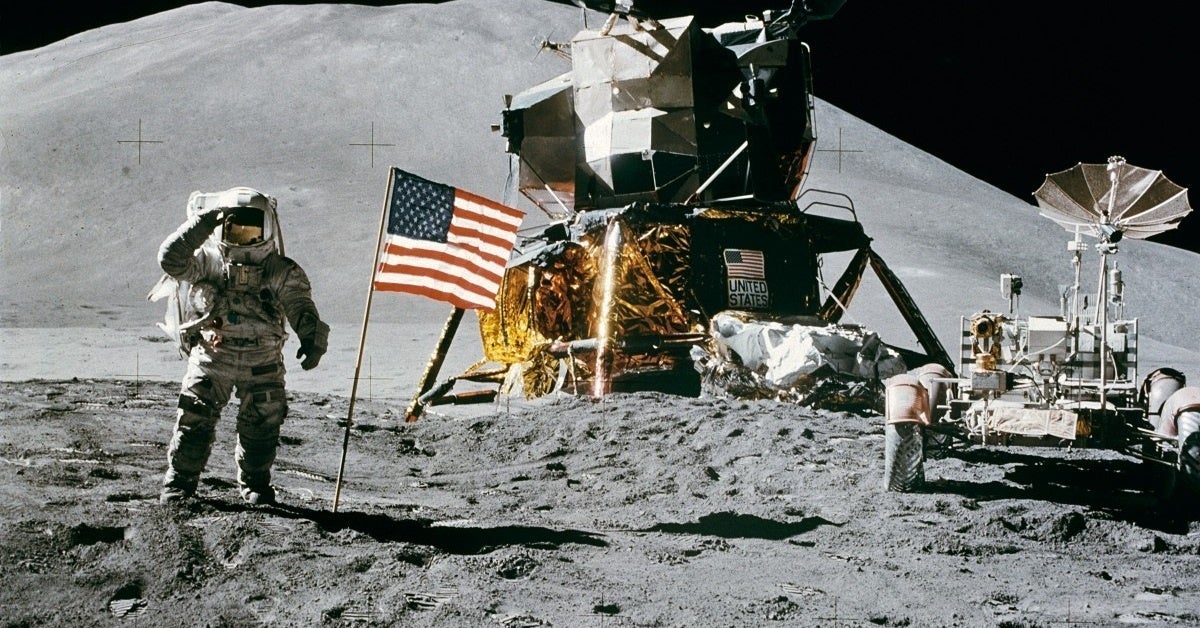 The Apollo program was created when America was trailing behind the Soviets during the space race of the cold war. NASA worked furiously — and with a budget of 24 billion dollars, which is about 100 billion dollars today — to beat the Soviets to the moon.

On July 16, Apollo 11 took off from Kennedy Space Center for the moon, with astronauts Neil Armstrong, Edwin “Buzz” Aldrin Jr, and Michael Collins on board.

Four days — and 240,000 miles — later, Armstrong was the first to exit the lunar module “Eagle” onto the moon’s powdery surface, where he famously said: “That’s one small step for man, one giant leap for mankind.” Buzz Aldrin joined moments later, and the two did what anyone would do: run some scientific tests, take some pics, and call the president.

Seven days later, they returned to a country of adoring fans, astonished that these brave astronauts accomplished a feat few thought possible. They filled out all of their paperwork, which included customs documents accounting for the harvested moon rocks and travel vouchers — because, technically, they were listed as troops on TDY.

When Col. Buzz Aldrin got his travel voucher back, he was approved for $33.31 for his time spent and distance traveled. Yep. A whole thirty-three bucks for going to the moon. Accounting for inflation, that’s all of about $244.33 today.

But no amount of money could compare to the glory of being the first human beings on the moon.

Armstrong, Aldrin and Collins left behind their timeless footprints, an American flag, and a plaque that read: “Here men from the planet Earth first set foot on the moon July 1969 AD. We came in peace for all mankind.”