Today in military history: Storming of the Bastille - We Are The Mighty

Today in military history: Storming of the Bastille 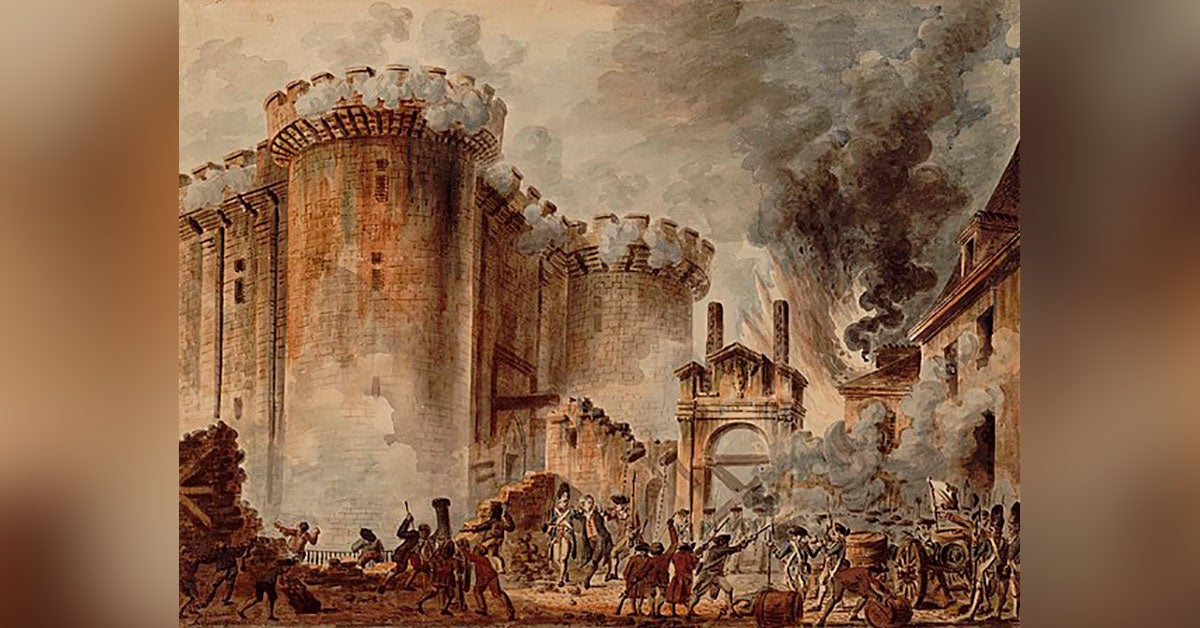 On July 14, 1789, French revolutionaries stormed the Bastille prison in Paris.

The hungry and heavily-taxed people of France were furious with King Louis XVI. Tensions came to a head when 300 revolutionaries and mutinous troops attacked the Bastille, a royal fortress and political prison that symbolized the tyranny of the French king.

The military governor of the Bastille, Bernard-René Jordan de Launay, tried to defend the fortress, but was forced to surrender when a group of military deserters seized cannons and aimed them at the Bastille’s heart. He was then murdered by the angry mob before he could be arrested.

The fall of the Bastille marked the beginning of the decade-long French Revolution, which would kill tens of thousands of people, including the king and his wife, Marie Antoinette.

The Bastille was torn down and, in 1792, the monarchy was abolished. Today, Bastille Day is celebrated as a national holiday for the people of France.