Today in military history: Alexander the Great dies - We Are The Mighty 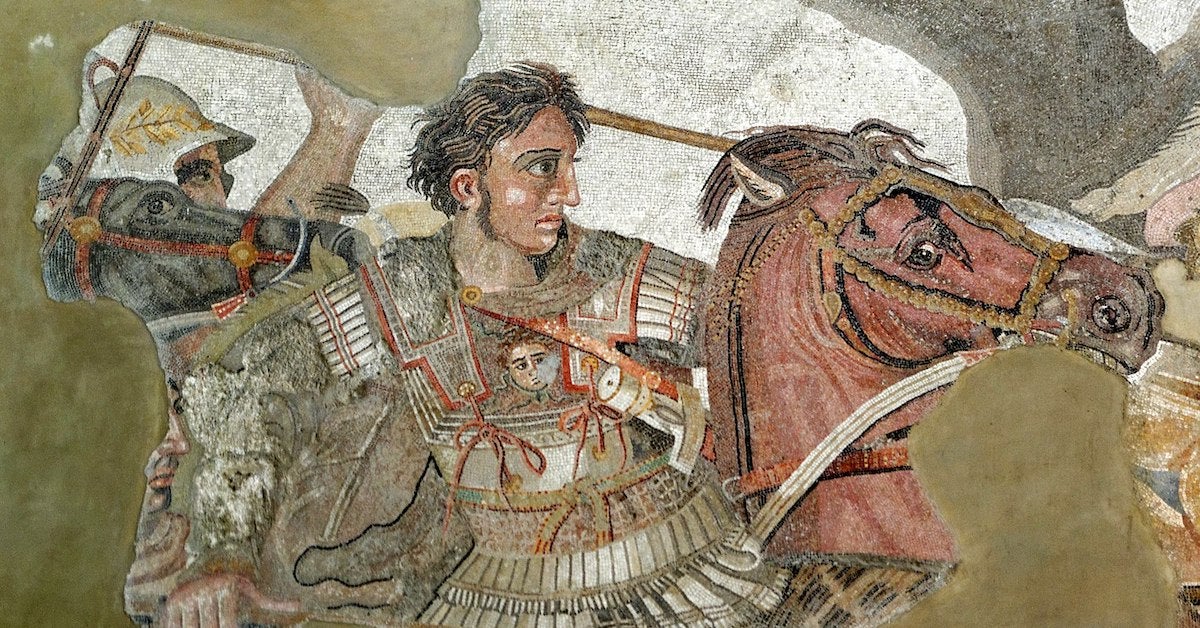 On what would be June 13 in the year 323 BC, Alexander the Great, king of Macedonia and conqueror of nations, died at the age of 33.

Alexander the Great grew as a student of the tutelage of the famous philosopher Aristotle, and learned military tactics from his father, King Philip of Macedonia. He succeeded to the throne at the age of 16 after his father’s assassination. Two years later, he invaded the Persian Empire, and began a ten year campaign of conquest. His empire soon stretched from the eastern Mediterranean to India.

Alexander spent two years pacifying the Balkans and stabilizing his rule before turning eastward. In 334 he and his army crossed the Hellespont, the straits connecting Europe and Asia Minor (modern Turkey). He then conquered, in just four years, the Persian Empire which had controlled all the land between the Levant coast and the Iranian Plateau for centuries. Alexander chased the Persian king Darius III – one of the most powerful men in the world – through the empire until Darius was captured and executed by one of his own nobles. Throughout his conquests Alexander established many cities, all of them named Alexandria.

On June 13, Alexander died after battling a severe illness that kept him bedridden for 12 days. It’s believed that after a night of binge drinking while entertaining a visiting Admiral, he gradually lost the ability to use his arms and legs and soon after his capacity to speak. After his death, his empire was divided up between his four loyal generals.

Alexander the Great changed the course of Western civilization. His conquests established an empire from the Balkan Peninsula to the Indus River. Greek became the language of the upper class from Macedon to Persia, creating a new path for social advancement. After his death, Alexander’s empire was divided up between his generals, whose successor-states came to be known as the Hellenistic (or “Greek-ish”) kingdoms. In the coming centuries, those states would be swallowed up by the Romans and the Arabs, who were inspired by the greatness of Greek culture. It was Alexander whose conquests created the Greek-speaking world that would provide the foundation for the civilizations to come.

Featured Image: Alexander on a mosaic from Pompeii, an alleged imitation of a Philoxenus of Eretria or Apelles’ painting, 4th century BC.