Today in military history: US spy plane shot down over Laos - We Are The Mighty

Today in military history: US spy plane shot down over Laos 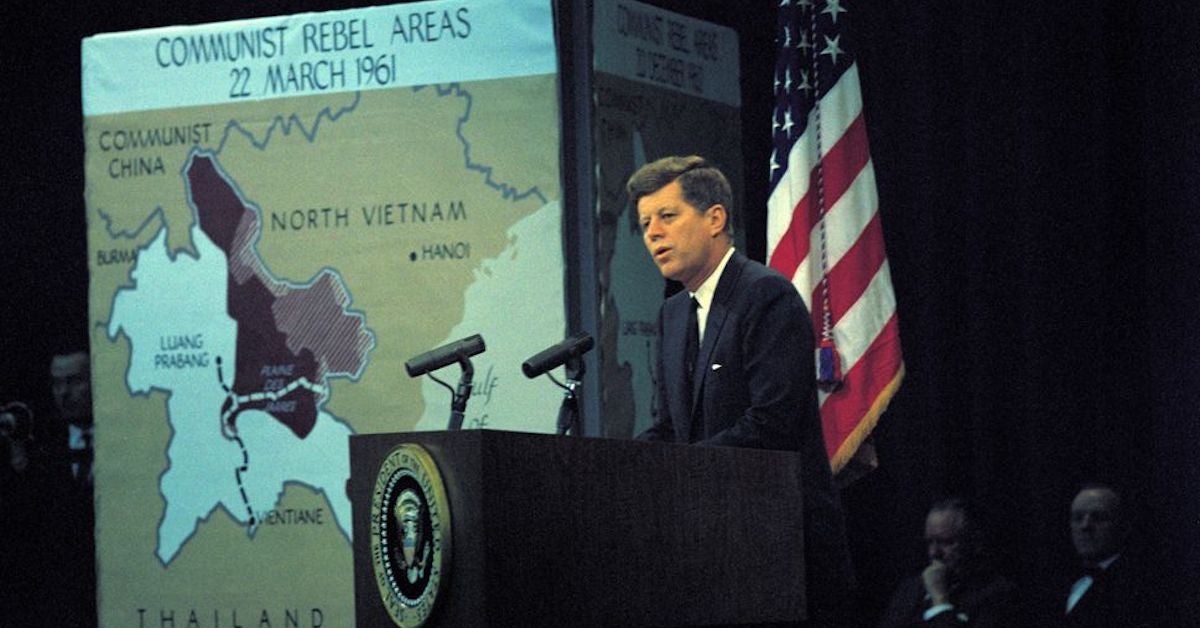 On March 23, 1961, a U.S. intelligence-gathering plane was shot down over Laos, becoming one of the first American casualties of the conflict in Southeast Asia.

The objective of the C-47 Skytrain was to determine the frequencies used by Soviet pilots to locate their concealed airfield. Her crew of eight lifted off from Vientiane, the capital of Laos, and headed north toward communist-held areas when they were lit up by artillery fire.

Only Army Major Lawrence R. Bailey would survive, becoming a prisoner of war for 17 months.

In a press conference that same day, President John F. Kennedy stressed the importance of defending Laos’ freedom to remain unified and neutral, rather than fall into the hands of Communism, as the Soviet-backed Pathet Lao guerrilla fighters wanted. He urged constructive negotiation among the nations concerned, including the leadership of Laos.

His hope for peace in the small country, and not war, was not to be.

According to Argunners, a “secret war” would continue in Laos. “Waged under the tightest of security, little oversight and with minimal assets compared to the conflict in Vietnam, its objective was to interdict and destroy the flow of men, equipment and supplies along the Ho Chi Minh trail from North Vietnam to South Vietnam. Responsibility for conducting day-to-day air operations, in what one pilot called a ‘high risk, no-bullshit war,’ was assigned to volunteers operating under the call sign Ravens, a small group of unconventional and incredibly fearless air combat controllers thinly disguised as civilian operatives.”