Today in military history: Joan of Arc besieges La Charité - We Are The Mighty 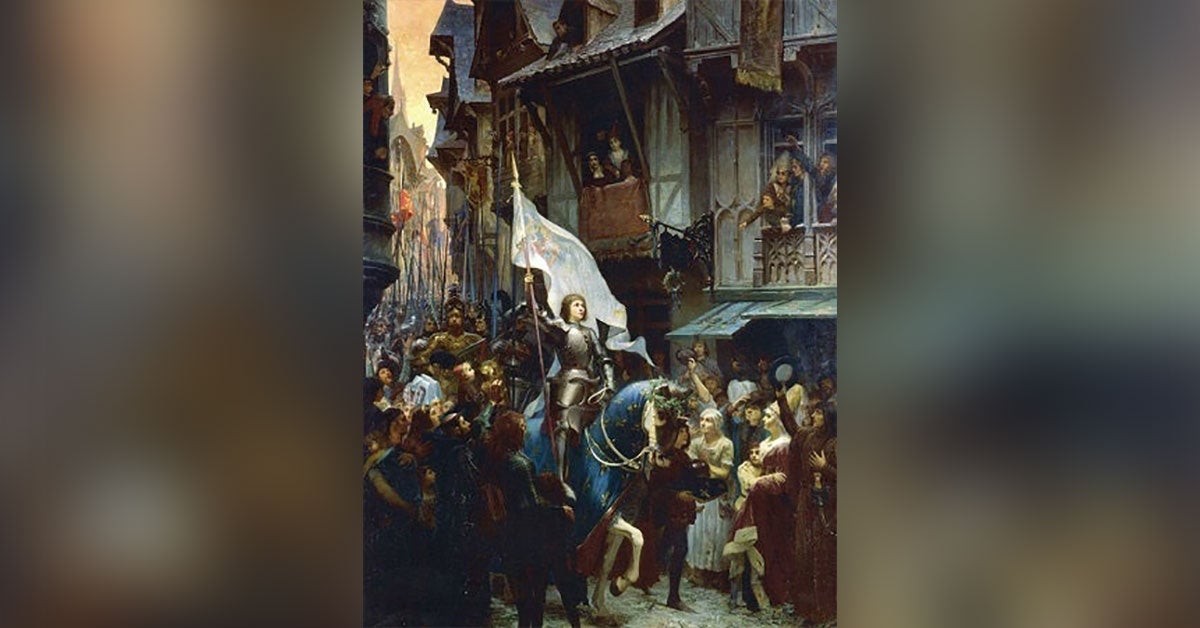 Born a peasant girl in medieval France, Joan of Arc would grow up to lead an army against the English and their French allies, the Burgundians. Her victory saw that the embattled crown prince Charles of Valois was crowned King Charles VII. She claimed that she received visions of the archangel Michael, Saint Margaret, and Saint Catherine of Alexandria urging her to support Charles in the Hundred Years War. Charles sent Joan to the siege of Orléans as part of a relief army — and she more than delivered.

In the wake of her rousing victory at Orléans, Joan of Arc next lay siege to La Charité, which was occupied by the warlord Perinea Gressard. Unfortunately for the young commander, her forces were not well enough equipped to combat Charité’s defenses and after a month, the siege was abandoned.

The following year, Joan of Arc would be captured, abandoned by her king, and burned at the stake at the age of 19. Her fame continued to spread after her death and in 1920, she was canonized by Pope Benedict XV.