Today in military history: US says 'NUTS' to German demand for surrender - We Are The Mighty

Today in military history: US says ‘NUTS’ to German demand for surrender 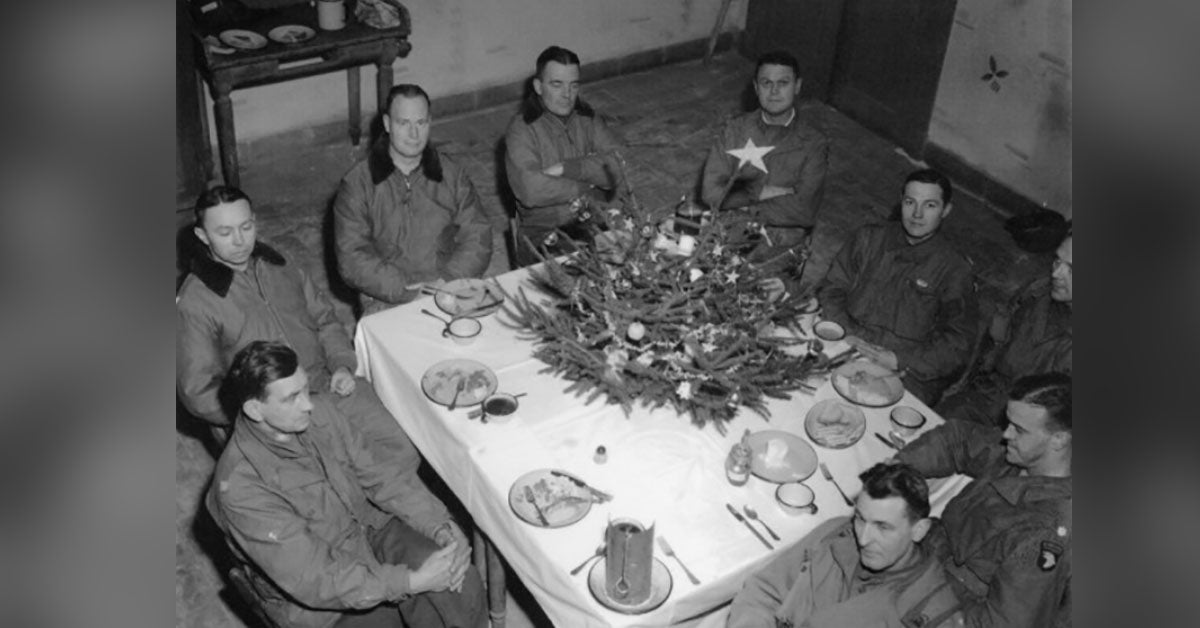 On Dec. 22, 1944, during the Battle of the Bulge, the Americans delivered an epic reply to German demands for surrender.

The 101st Airborne Division and part of the 10th Armored Division were encircled by German forces at the town of Bastogne. The fighting was brutal, and the Germans were confident that success was near.

On Dec. 22, a group of four German soldiers approached under two white flags and demanded to deliver a written message.

The note was long-winded and promised total annihilation, but the gist of it was to surrender or die. Read it for yourself here:

When Brigadier General McAuliffe, still half asleep, received the message, he had a clear answer:

He literally had the word “NUTS” typed up, centered on a full sheet of paper, from the American Commander to the German Commander, and delivered to his enemy.

The German commander didn’t understand, so the American messenger elaborated and told the Germans to take a flying shit. His translator however, instead chose to tell them it meant “go to hell.”

The next day, the Allies inflicted heavy damage on the German forces, and on December 26, General Patton’s 3rd Army arrived to turn the tide of the battle.