Today in military history: US departs Somalia - We Are The Mighty 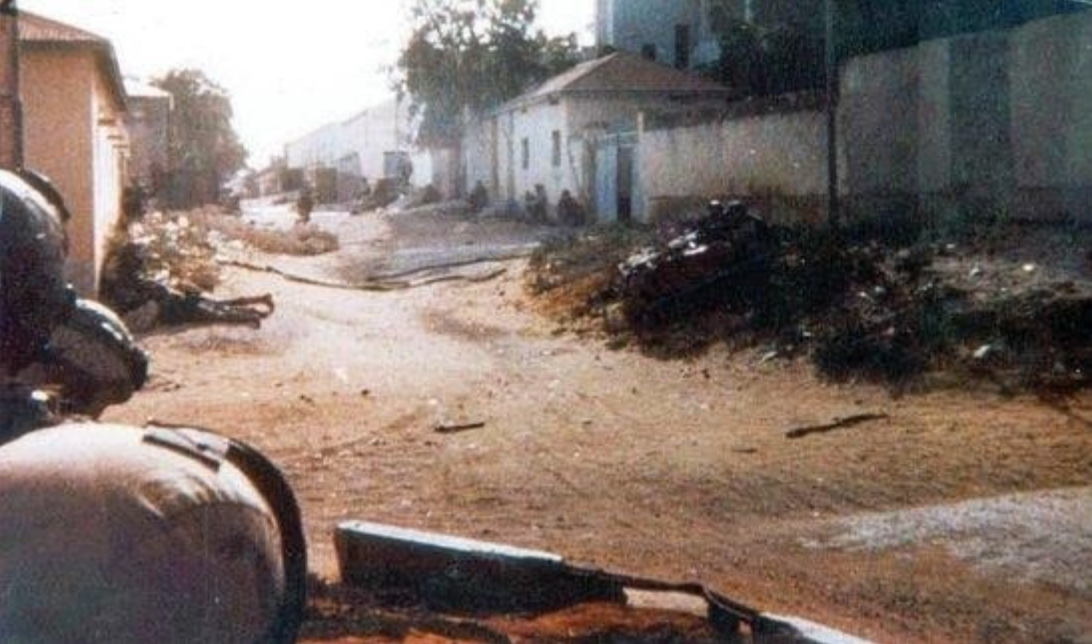 On March 25, 1994, the last U.S. troops departed Somalia after an unsuccessful campaign in the divided country.

In 1992, the United Nations sent a peacekeeping force to the country to provide food and aid after drought, famine, and civil war threatened the population with starvation. In December, President George H.W. Bush launched Operation Restore Hope, providing 25,000 U.S. troops to support the mission and help maintain security from Somalia’s warring factions.

As part of Operation Restore Hope, the Marines supported international aid workers in the country for humanitarian aid operations, including food and supply distribution; however, the violence continued, including the killing of 24 United Nations soldiers from Pakistan in 1993.

In response, the U.N. authorized the arrest of General Mohammed Farah Aidid, the leader of a rebel clan responsible for much of the unrest. The attempt to make the arrest would inspire the 2001 film Black Hawk Down when rebels shot down two UH-60s and killed 18 American soldiers while footage of the bloodshed aired on television worldwide.

The Battle of Mogadishu remains one of the most infamous and controversial engagements in modern U.S. military history. The battle has been documented in books and film, most notably Black Hawk Down. The film depicts the Rangers, Delta operators, 160th SOAR pilots, and Air Force Pararescuemen that made up the ill-fated Task Force Ranger. Even the 10th Mountain Division and Pakistani U.N. Peacekeepers were mentioned and depicted respectively.

In 1993, President Bill Clinton reduced the U.S. presence to 4,200 troops and the U.N. formally assumed responsibility for operations. In June, however, Pakistani U.N. peacekeepers were ambushed by Somali warlord General Mohammad Aidid.

President Clinton dispatched elite special ops troops on a mission to capture Aidid, resulting in the First Battle of Mogadishu, which would result in the loss of two Black Hawks and 18 soldiers, with another 84 wounded.