Today in military history: Panama dictator Noriega surrenders to US - We Are The Mighty

Today in military history: Panama dictator Noriega surrenders to US 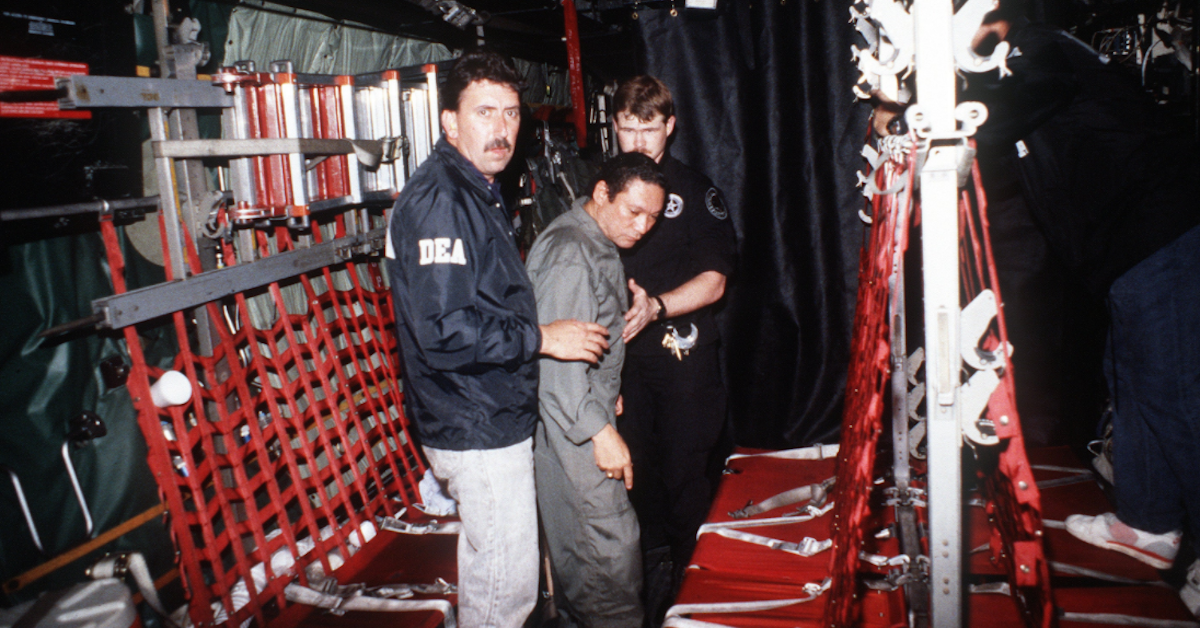 Until 1979, it was known as the Panama Canal Zone. By 1989, that area was full of U.S. military personnel. At the time, the United States still controlled the canal. The terms of the Carter-Torrijos Treaty stated that Panama would gain full control of the canal on Dec. 31, 1999. But even after the canal was given to Panama, the U.S. retained the right to defend the canal to keep it a neutral lane for all ships of all countries. So, the United States already had 12,000 combat-ready forces in the country before the invasion even began.

Noriega controlled Panama during the 1980s after seizing military rule and fixing elections to control government officials. His relationship with the United States was marked by extremes — sometimes he served as a cooperative informant for American drug and intelligence agencies, and other times he would sell secrets to U.S. enemies.

By 1989, he faced international charges of corruption, drug trafficking, murder, and election fraud. Even his own country turned against him.

On Dec. 16, 1989, Panamanian troops shot and killed an unarmed American soldier and wounded two others, causing the U.S. to respond with an invasion of 27,000 troops. Panamanian forces were overwhelmed, but Noriega escaped into hiding.

On Dec. 20, 1989, President George H. W. Bush launched Operation Just Cause, the U.S. invasion of Panama. The goal was to oust Panamanian dictator Manuel Noriega and maintain the neutrality of the Panama Canal while protecting American citizens there. His 27,000 U.S. troops toppled Noriega’s regime in just over a month and Panama had started it – just like the U.S. planned.

On Jan. 3, 1990, he finally surrendered, and was tried and convicted of drug trafficking, money laundering, and racketeering. He was sentenced to 40 years in prison and died on May 29, 2017.