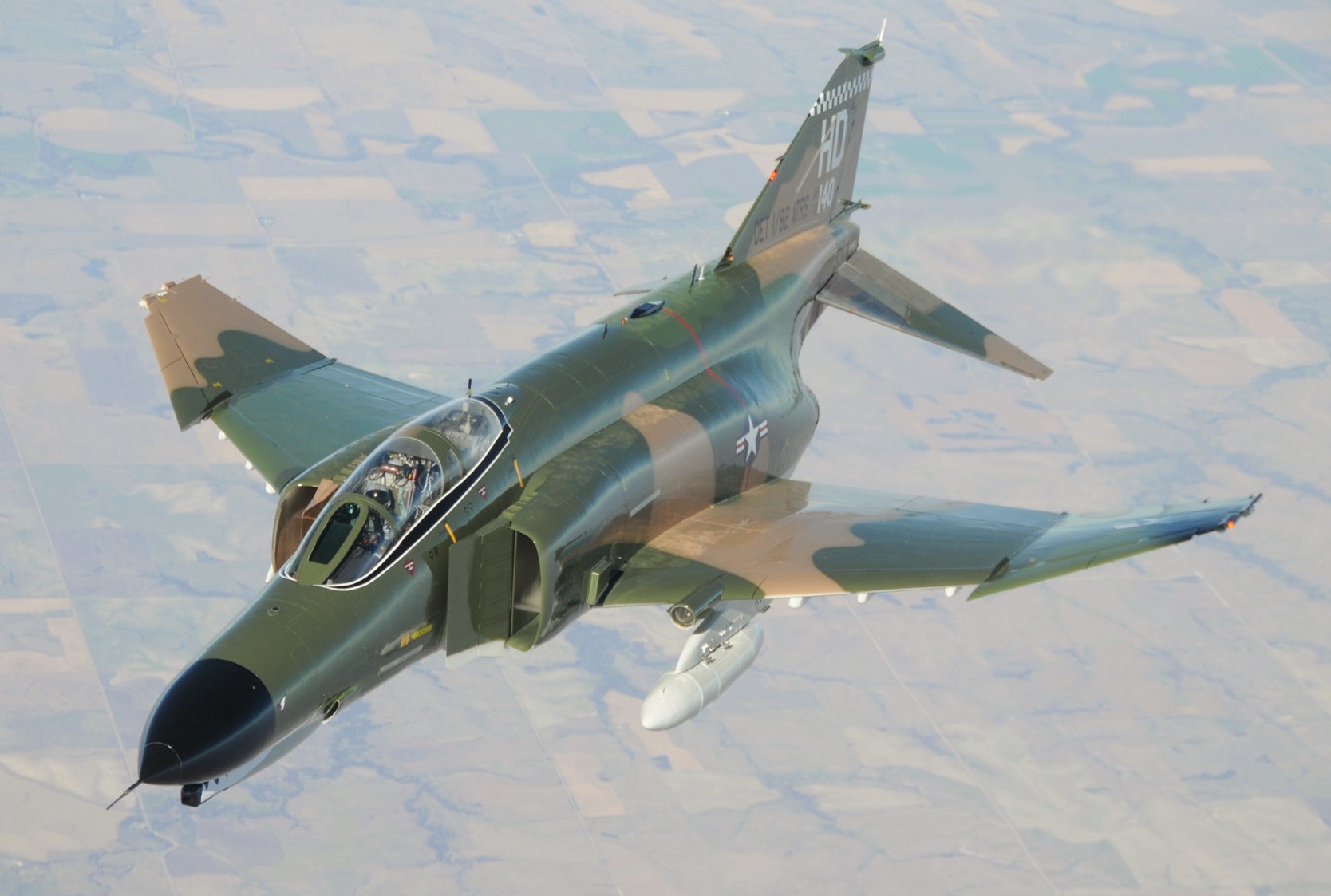 The McDonnell Douglas F-4 Phantom was the workhorse of the U.S. military during its operational lifetime. First introduced in 1961, it served the Navy, Marine Corps and Air Force until the mid-1990s. There’s a reason the United States built more F-4s than any other supersonic aircraft.

F-4s were the go-to fighters over Vietnam, the only plane used by both the Air Force Thunderbirds and the Navy Blue Angels, and they’re still fighting – ISIS is just the latest victim of the F-4 Phantom.

It wasn’t the prettiest looking aircraft, a far cry from the sleek aerodynamic beauty possessed by the F-22 Raptor and F-35 Joint Strike Fighter. Pilots and maintainers alike knew it was ugly, they even nicknamed it the “double ugly.” but those who flew the Phantom knew it was a reliable aircraft that could accelerate like nothing that came before it.

It was also easy to fly, according to many pilots. One problem for fighter pilots was its wide turning radius that could be a liability in a dogfight, but the Navy and the Air Force both gave instruction to pilots on how to beat enemy fighters that could make tighter turns, a testament to the ease of instruction.

For pilots and backseaters, the Phantom was designed to be less claustrophobic, using an improved canopy to increase in-flight visibility. It also had one of the most advanced radar systems available at the time.

It set an altitude record in 1959 when Navy Cmdr. Lawrence Flint Jr. managed to take it to 47,000 feet at Mach 2.5. He then climbed up at 45 degrees and shut down the engines to glide up to 98,557 feet. As he descended, he restarted the engines. That’s reliability.

When first introduced, the F-4 didn’t have mounted cannons, which, combined with some unreliable missiles, also made it difficult in air-to-air combat. But the F-4E variant was produced with a 20mm cannon on the chin of the aircraft, adding an extra dimension to the F-4’s capabilities in the air.

Even from the beginning, the F-4’s powerful J-79 engines meant it could produce 35,000 pounds of thrust, accelerating to twice the speed of sound even on its first flight. By 1962, it was setting time-to-climb records, flying to 29,500 feet in 61 seconds. In its first years of flight, the Navy and Air Force both set airspeed records – “Speed is life” became the motto of F-4 pilots.

Since it could be refueled mid-flight, it was used to fly across the United States in celebration for the 50th anniversary of naval aviation. Most of the Phantoms assigned to make the transcontinental flight made the trip in under three hours, but one made it in 2 hours and 47 minutes, earning the naval aviator and his radar intercept officer the coveted Bendix Trophy for transcontinental racing in 1961.

On April 9, 1965, the Navy scored the first F-4 aerial kill in combat against a Chinese-made MiG-17 over the skies of North Vietnam. The first aerial victory scored against an enemy fighter came on April 26, 1965, when an F-4 downed a North Vietnamese MiG-21. The U.S. military would be hooked on the Phantom for the next 30 years.