Today in military history: Senates approves female combat pilots - We Are The Mighty 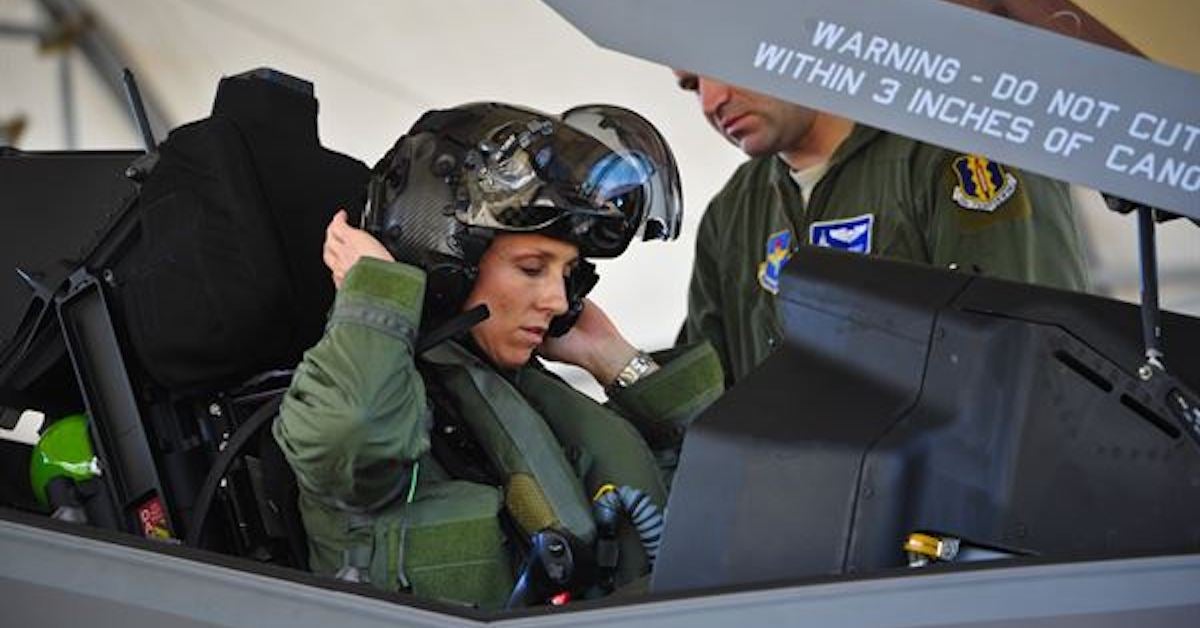 Although women had been flying since 1908, nearly all were restricted to general aviation. During World War Two, female pilots supported the military in non-combat roles, never gaining full military status.

In the 1970s, women were finally permitted to fly in the U.S. armed forces but were banned from combat aircraft or missions. It wasn’t until July 31, 1991 that the Senate overwhelmingly voted to lift the ban.

In 1993, Jeannie Leavitt became the Air Force’s first female fighter pilot. Over her ongoing career, she proved herself with over 300 combat hours over Iraq and Afghanistan in the seat of an F-15E Strike Eagle.

She’s a General now, thank you very much, proving that women have no problem taking it to the danger zone.

There’s no doubt that the Air Force continues to advance its air-power capabilities. In 2015, the Air Force introduced its new multi-role fighter jet, the F-35A Lightning II. Once all the particulars are fine-tuned, this airframe is slated to eventually replace the F-16 and A-10. But along with its strides in technological advancement comes the breaking of gender-biased boundaries.

That same year, the first female F-35 pilot was assigned as the deputy commander of 33rd Fighter Wing Operations Group at Eglin Air Force Base. Lieutenant Colonel Christine Mau was appointed one of 88 pilots qualified to fly the F-35. Graduating from the Air Force Academy and having a family history of pilots is what led Mau towards becoming a pilot herself. Today, she is still only one of a handful of female F-35 pilots.

“A lot of people have [misconceptions] still about either females flying or females being fighter pilots, all the way from little kids…to adults,” she told Military.com. “So that’s probably the most important part, is that they get to see it … for them to see that anything’s possible.”

At the same time, she said regarding the gender of pilots: “the jet doesn’t care.”