VA Press Secretary talks PACT Act - We Are The Mighty 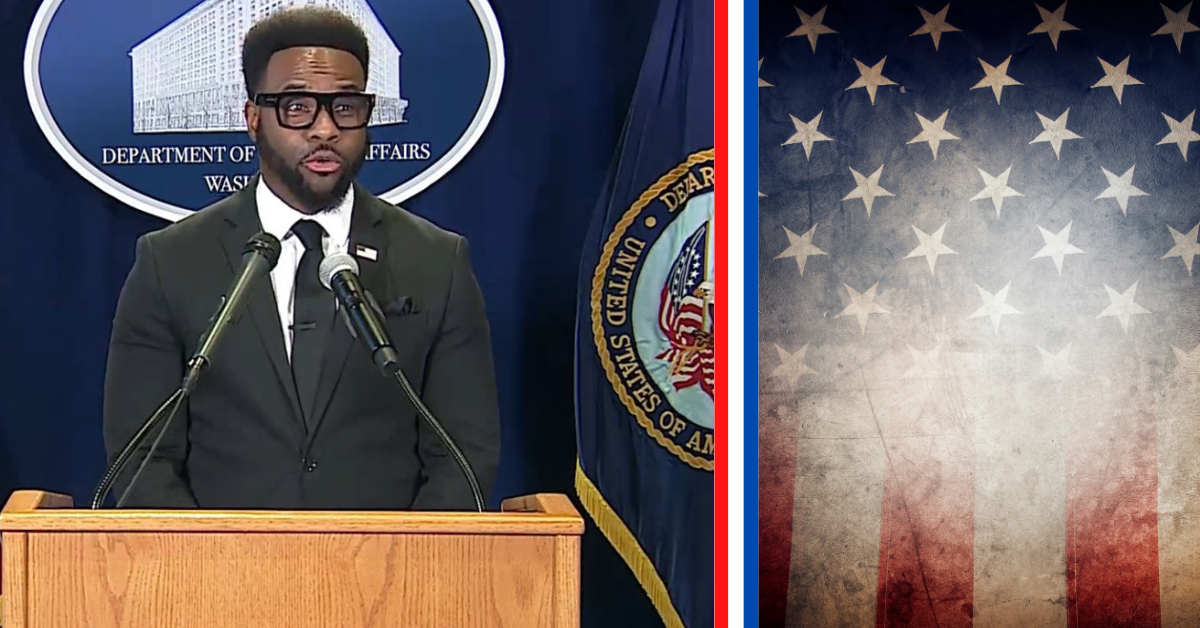 Terrence Hayes is the Press Secretary for the Department of Veterans Affairs and he’ll be heading up the ongoing communications around the PACT Act, scheduled to take effect on January 1, 2023. But before he was a leading voice for the department, he was a soldier.

“I’m an Army veteran myself and served from 1996 through 2016. I also deployed to Iraq from 2006 through 2008, probably coming into contact with toxins and definitely the burn pits. It’s also near and dear to me because so many of my buddies have been challenged by some of these presumptive conditions,” he explained.

His parents had also both served in the Army themselves before he was born. Hayes thought he’d use his band scholarship to make his way through college. Service to the country called him, instead.

“I thought it would just be a four year project,” he laughed. “There was something about serving alongside those men and women. I also felt the need to give back to my country.”

After his retirement as a Master Sgt., Hayes worked for the VA briefly from 2017 through 2019 but left the department to pursue a communications position with Veterans of Foreign Wars. A year later, he received a phone call.

It was the White House.

“When the Administration offers you something it’s because you are good enough and you absolutely better say yes when they ask. It’s another opportunity for me to serve my country and to serve men and women who have served me so greatly. I’m just blessed to be in this position because the President saw something in me,” Hayes shared.

On August 10, 2022 President Biden signed into law the Sergeant First Class Heath Robinson Honoring our Promise to Address Comprehensive Toxics (PACT) Act. Robinson died after a three year battle with cancer linked to toxic exposures during his deployment to Iraq.

“We can’t have another Heath Robinson,” Hayes said. “Many veterans have fought for this legislation and some of them didn’t see it come to fruition. I’m very thankful to those individuals and all of us but it shouldn’t come at their expense for us to get veterans what they need, and quite frankly, require after coming back from war.”

Though the new law won’t go into effect until the new year, veterans can begin putting in their claims immediately. The VA has received in excess of 140,000 claims already since the president signed the PACT Act. Hayes said the department is ready for the needs that are coming.

“We’ve already hired over 2,000 new claims specialists and we’ll be hiring about 1,000 more. We are providing more services to more veterans than ever before and we’re happy about that,” Hayes said. “While we anticipate the backlog to increase because of the PACT Act related claims, by no means will this be a problem.”

In a VA press release, the secretary said the same. “We are working hard to get benefits to all Veterans who qualify under the PACT ACT as soon as possible and Veterans living with cancer are at particular risk,” Denis McDonough, VA Secretary said. “Expediting claims for these Vets will ensure that they get the care and benefits they need and so rightly deserve.”

Hayes was adamant about the extraordinary preparation and steps the VA is taking to ensure veterans can begin receiving care immediately once the law goes into effect. He also included the president in on the commitment and dedication, too.

“President Biden does believe that the death of his son was caused because of toxic exposed related items, by no means did he do this selfishly because of his son. He did this [PACT Act] because of his long tenured relationship and commitment to our men and women in service,” he explained. “It took the president almost two decades for this legislation to get passed for folks who have been dealing with various different illnesses. It’s been 20 years of war over in Central Command in places like Iraq, Afghanistan and other areas. We finally got this. While there was a brief celebration, again, VA is ready to work to deliver on that promise.”

When considering the work it took to get the PACT Act passed, Hayes highlights the plight and decades-long battle of the Vietnam War Veterans. “They fought so hard to get us the benefits we now have today,” he shared. “Now it’s my responsibility as a veteran to ensure no one else exposed to toxins during our war goes without care. We’re ready.”

To learn more about the PACT Act and how you can file your claim today, click here.