USAA brought Top Gun: Maverick to active duty and veteran service members aboard USS Intrepid - We Are The Mighty 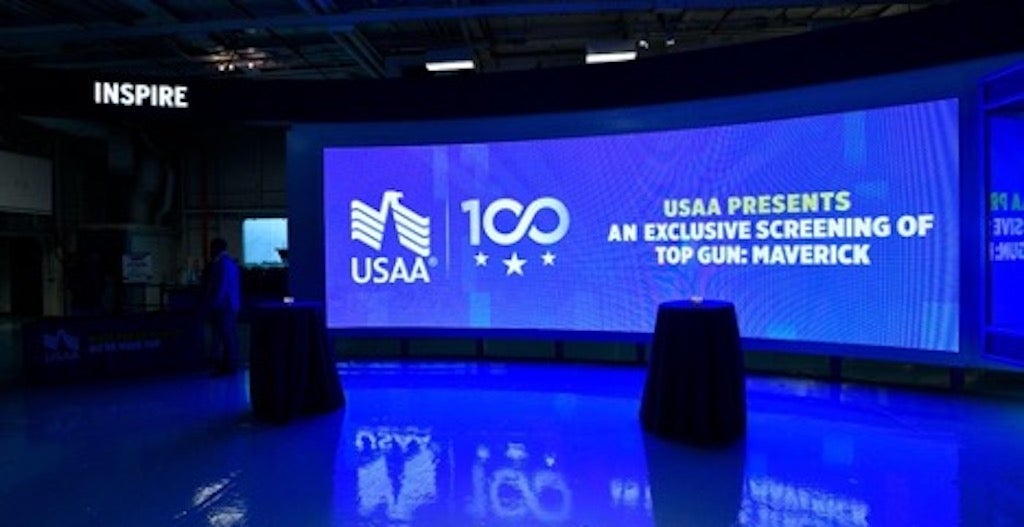 Clad in special treatment steel, armed with over 54 mounted guns, and capable of carrying over 100 aircraft, the USS Intrepid played a crucial role in the Pacific Theater of World War II. Since 2008, it’s served as a museum that honors American military and maritime history in New York City. For one night only, it was the scene of an early access screening of Top Gun: Maverick for lucky service members across all branches of the US Armed Forces, thanks to USAA.

The original Top Gun brought US Naval aviation roaring into the screens and hearts of Americans across the nation. Suffice to say, the sequel, which hits theaters today, comes with extremely high expectations — and as the reviews pour in, the film is soaring above and beyond even the toughest critics’ demands. Check out what service members had to say about the film after USAA treated them to a special screening aboard the Intrepid:

USAA, a banking, finances and insurance company, exclusively serves military personnel, veterans and their family members. However, the company takes “serving those who serve” beyond its primary business. In 2020, USAA donated $20 million directly to military aid organizations including Army Emergency Relief, the Navy-Marine Corps Relief Society, the Air Force Aid Society and Coast Guard Mutual Assistance. The philanthropic contribution aimed to assist military families who were struggling as a result of the COVID-19 pandemic.

USAA also integrates the military community with special events. The company is a sponsor of the NFL and puts on events like Salute to Service at the Super Bowl Experience. To show its appreciation of the military community, USAA hosted an advance screening of Top Gun: Maverick for active duty service members and veterans aboard the USS Intrepid Museum in New York City. The catered event celebrated their service to the nation with one of the most anticipated movies since Top Gun released in 1986.

The Top Gun: Maverick event included a speech by USAA Life Insurance SVP & General Manager Bill White who thanked the military crowd for their service. As a retired USN captain and F-14 Tomcat NFO, White knows firsthand the sacrifices that the men and women of America’s military make. The event reflected USAA’s appreciation for the military with all attendees enjoying the night of food, drinks and a supersonic movie.

This article was sponsored by USAA.