The Coast Guard found Chinese and Russian warships in Alaska 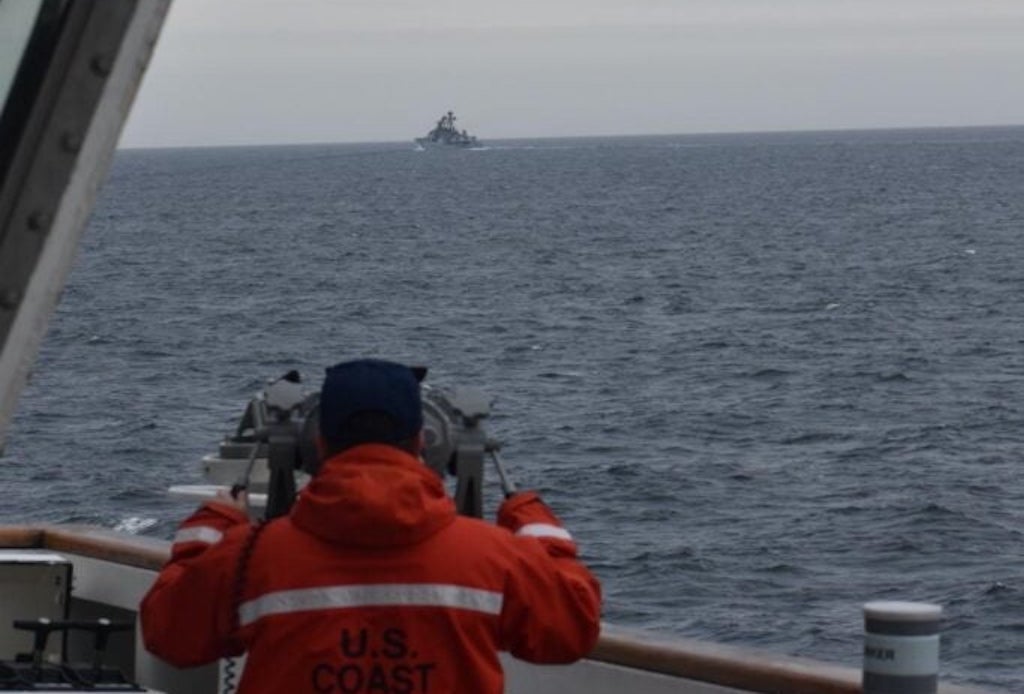 The Chinese warship was sailing within the U.S. Exclusive Economic Zone. Adjacent to the 12 nautical mile U.S. territorial sea, the EEZ extends no more than 200 nautical miles from the territorial sea baseline. The National Oceanic and Atmospheric Administration notes that, within the EEZ, the U.S. has “Sovereign rights for the purpose of exploring, exploiting, conserving and managing natural resources, whether living and nonliving, of the seabed and subsoil and the superjacent waters and with regard to other activities for the economic exploitation and exploration of the zone, such as the production of energy from the water, currents and winds.” Moreover, the U.S. maintains “Jurisdiction as provided for in international and domestic laws with regard to the establishment and use of artificial islands, installations, and structures, marine scientific research, and the protection and preservation of the marine environment.”

After encountering the Chinese cruiser, Kimball two more Chinese naval vessels along with four Russian naval vessels. Among the Russian ships was a Russian Federation Navy destroyer. The Coast Guard reports that all seven Chinese and Russian ships sailed in a single formation as a combined surface action group within the U.S. EEZ (Alaska). As a result of the encounter, Kimball‘s crew is now operating under Operation Frontier Sentinel. The 17th Coast Guard District operation is designed to meet presence with presence when strategic competitors operate in and around U.S. waters.

Although the Chinese and Russian ships violated no laws, the Coast Guard cannot let their joint presence cannot go unanswered. “While the formation has operated in accordance with international rules and norms,” said Rear Adm. Nathan Moore, Seventeenth Coast Guard District commander, “we will meet presence-with-presence to ensure there are no disruptions to U.S. interests in the maritime environment around Alaska.”

Kimball did observe the surface action group disperse. However, it was not the first time in recent history that foreign warships have ventured into the U.S. EEZ. One year earlier, in September 2021, Coast Guard cutters in the Bering Sea and North Pacific Ocean encountered Chinese naval vessels. This included an assembled surface action group sailing approximately 50 nautical miles off the Aleutian Island chain in Alaska.