The complete guide to Coast Guard ranks - We Are The Mighty 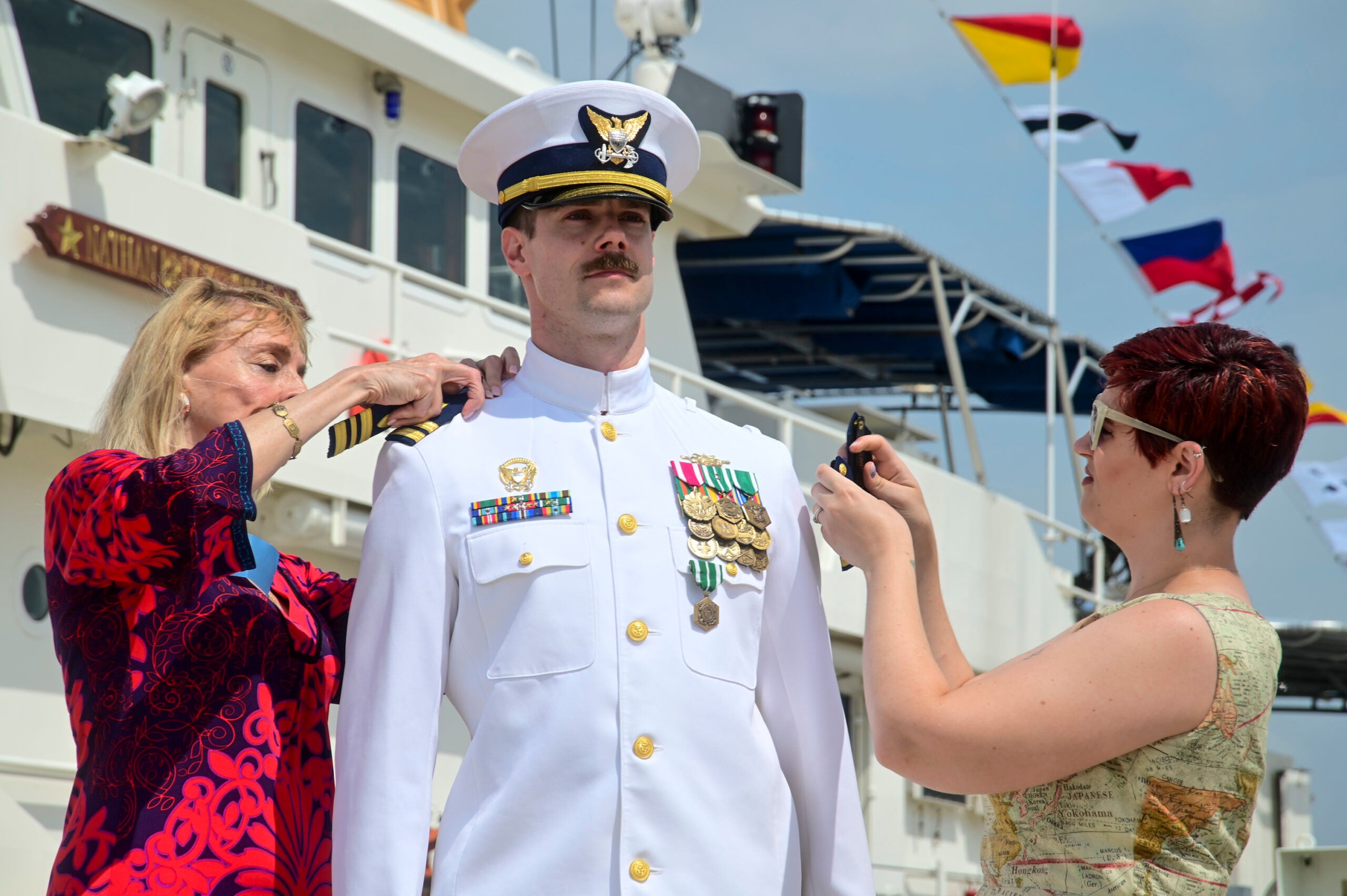 Coast Guard ranks are split into three categories, just like every other military branch. In addition to enlisted and officer Guardsmen, the Coast Guard has warrant officers. Of course, it goes without saying that ranks determine your duties, whether you’re an enlisted, warrant, or officer Guardsman. It goes without saying that the United States Coast Guard should get more love. Lots of the main branch DoD service members like to hate on the USCG, but the truth is that without it, there’s no way we could actively defend our thousands and thousands of shorelines. Case in point – the Coast Guard is actually America’s oldest maritime defender. So if you’re wondering about Coast Guard ranks, this post is for you.

Enlisted guardsmen ranks are determined by a Guardsman’s rating badge. Ranks are broken down into three levels.

E1 Seaman Recruit (SR) Seaman recruits are apprentices in training. An SR’s primary job is to learn the skills needed to succeed in the USCG and to understand the job function of their rating. Ratings include Seaman, Fireman, or Airman.

E2 Seaman Apprentice (SA) After basic training, this rank begins A-Courses in a specific rating. Duty assignments will depend on your rating.

E3 Seaman (SN) As a Seaman, you’ll begin gaining the relevant experience you need to do your job well. The goal here is to get your rating by completing A School.

E4 Petty Officer Third Class (PO3) This is the most junior non-commissioned officer Coast Guard rank. As a PO3, a Guardsman acts as both a leader and a tech expert in your rating.

E5 Petty Officer Second Class (PO2) As a PO2, your job is to assume higher levels of accountability and responsibility. This rank is the middle of the road for petty officers so expect an increase in both authority and job requirements.

E6 Petty Officer First Class (PO1) This is the last petty officer rank, so expect a heavier workload, more responsibility, and increased visibility. You’ll need to take charge of both resources and Guardsmen to shine.

E7 Chief Petty Officer (CPO) This Coast Guard rank marks you as a senior NCO. You’ll need specialized testing and a recommendation from your commander to earn this rank.

W02 Chief Warrant Officer 2 (CWO2) As a CWO2, you help provide communication support between the chain of command and the officers and enlisted Guardsmen.

WO4 Chief Warrant Officer 4 (CWO4) CWO4s have more responsibility than CWO3s. You’re expected to be a leader of both enlisted and junior warrant officers, so expect a heavy workload. You’ll also act as the communication bridge between your vessel’s enlisted and officer Guardsmen.

Officers are either in the officer or admiral tear. Like other branches, officers hold their commission indefinitely.

O1 Ensign (Ens) This Coast Guard rank is the lowest of all officer ranks. Ensigns commission after completing a four-year college degree. This rank is equivalent to second lieutenant in other branches.

O3 Lieutenant (Lt) Lieutenants are the same rank as captains in other branches. A lieutenant is responsible for sailors and junior officers in their command.

O4 Lieutenant Commander (LCdr) As a lieutenant commander, this Coast Guard rank is considered mid-level. They work in executive functions at the command level.

O5 Commander (Crd) When a service member earns this rank, they’re commanding ships or squadrons of aircraft. This Coast Guard rank might also be part of a senior staff contingent on a vessel.

O6 Captain (Capt) – Equivalent to Colonels in other branches, a captain is given a lot of breathing room across a wide breadth of responsibility.

O7 Rear Admiral Lower Half (RDml) This is the lowest admiral Coast Guard rank. As a rear admiral lower half, a service member is in charge of a small flotilla of ships.

O8 Rear Admiral (RAdm) Rear admirals command fleets of ships and air wings in peacetime. They receive their own guidon, which they fly over the ship or base where they serve.

O9 Vice Admiral (VAdm) Like other branches, this Coast Guard rank is severely limited during wartime. In fact, only 25% of all flag officers can be three-stars. This is a temporary rank on the way to becoming an admiral.

O10 Admiral (Adm) This is the highest Coast Guard rank. Admirals report directly to the president.

Are the Navy and Coast Guard ranks the same?

The ranks are similar but not the same. In fact, here are 15 important surprising differences between the branches.

How long does it take to make E5 in the Coast Guard?

To be an E5 in the Coast Guard, you should expect to be in service for at least 12 years.

What is the highest rank in the Coast Guard?

The highest officer rank is an admiral and the highest enlisted rank is a master chief petty officer.

How do you rank up in the Coast Guard?

Ranking up in the Coast Guard includes passing specialty testing in your particular rating. Most promotions are highly competitive, so the better you perform in your rating, the more likely you will succeed.

What rank will I be in the Coast Guard with a bachelor’s degree?

You’ll enter the Coast Guard as an ensign with a bachelor’s degree.