5 reasons your leaders are hard on you 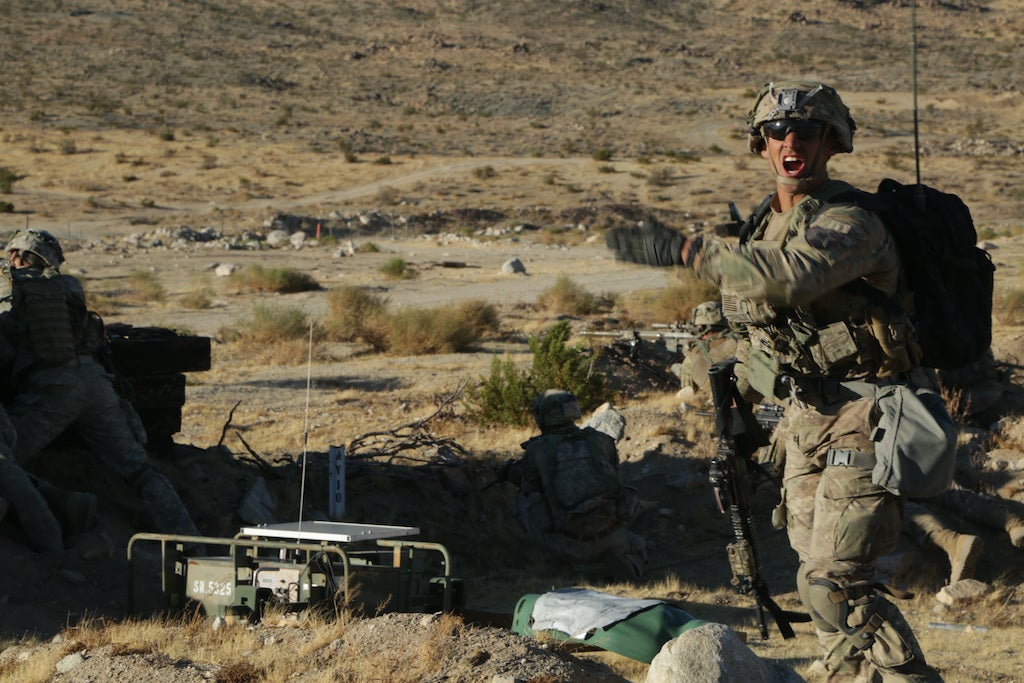 The vast majority of veterans and the active duty force are young enlisted men and women who serve four years then return to civilian life. Not everyone should stick around and become a “lifer.” This is a good thing. We need citizens in our communities who once wore a uniform and can bring their experience and perspective back home. Because their service was in the junior ranks, and given their relative youth, they often maintain cynicism and angst against “the higher-ups.” This animosity is mostly directed toward the senior enlisted ranks referred to as NCOs (Army and Air Force), Staff NCOs (Marine Corps), and the Chiefs (Navy). These “first-termers” overlook the fact that the senior enlisted folks all began their careers at the bottom, in their ranks/rates. They also neglect to acknowledge that the preponderance of “stupid rules” were emplaced after a junior enlisted member did something stupid. (Yes, old salts get in trouble too, but it is less prevalent.)

Instead of being dismissive and condemning of the senior enlisted leaders consider these 5 reasons why your leaders are being hard on you:

Setting the example is THE hallmark of leadership. A true leader will never require something of their troops they do not demand of themselves. This means they aren’t afforded the luxury of comfort-based decisions. They must overcome the tendency to take the easy way out. They do so with forethought and deliberate action. They then transfer that action to those whom they lead through a combination of coercion, inspiration and command.

A simple example of this is waking in the cold, rainy, pre-dawn hours to commence an attack on the enemy; knowing full-well this is only a training event and “the enemy” is the other platoon in your company. The leader had to awake before you, with no one driving him other than his sense of duty and responsibility. Arguably his body is less virile and resilient compared to the youthful troops he leads, yet there he is; up later and awake earlier than them.

Year after year he pushes himself before pushing you because he knows the old adage well: the more you sweat in training, the less you bleed in combat. He is not putting on a show. He does these things when no one is watching. He was one of the few who maturely watched the salty ones set the example when he was a junior enlisted. Inspired by them, he chose to stick around. He strives daily to set the example, responsible for producing results now, but knowing full-well most of those led won’t appreciate his efforts until they are well in the rear view mirror. Undaunted, he presses on because he leads not seeking approval, but to accomplish the mission. One day lives may very well count on this example.

There are many rules you don’t agree with, many are, in fact, ridiculous. However, the mark of a disciplined organization is adherence to standards. Selective disobedience is like the termite that slowly eats away at the foundation. Troops roll their eyes when they are chastised for wearing white socks (such a trivial matter) even when given an explanation about discipline or a target indicator. They balk and rationalize instead of developing habits of thought and habits of action. These sturdy walls are built slowly, one brick at a time. Faulty building materials will not produce a structure that can withstand the assault.

A leader enforces standards, even those he does not agree with, until such time as he can influence change in the organization. A leader that fails to enforce a standard unknowingly establishes a new standard (a lower one) while cultivating a culture of behavioral insurgency in the ranks. The troops may think “he’s cool” in the short term, but will look to the reliable, unshakable, hard-ass leader when the chips are down. The true leader must first have self-discipline, imposed upon himself and then must instill discipline in the troops and the unit by enforcing the standards.

It’s an oversimplification to draw a straight line between spotting an Irish pennant and an IED (improvised explosive device), however attention to detail is once again a habit of thought, and habit of action. It is a discipline that must be cultivated. Senior enlisted leaders are responsible for paying attention to the details, enabling the officers to look “two terrain features down” or at “the big blue arrow.” They say the devil is in the details and it’s true.

A catastrophic failure generally results from a series of small events, overlooked and seemingly unimportant that accumulate in defeat. A leader that pays attention to the details and takes corrective action builds a sense of awareness in their troops. The troops begin to pay attention, if only to prevent the old sergeant’s scrutiny and wrath, but that is enough. Mission accomplishment is what matters. Fostering an environment where attention to detail is supreme will ensure all hands are dialed in when it matters the most, when the enemy gets a vote.

The senior enlisted leaders are the connecting file between the officer corps and the enlisted troops. They are the ones who carry out the orders from higher, to see them executed properly within the commander’s intent. They don’t always agree with the orders, but they are sturdy professionals and supervise the execution as though it were their own decision. What the junior enlisted never see are the times the senior enlisted counsel, advise and steer the officers behind closed doors. Sometimes they are effective, sometimes not. Leadership is a human endeavor.

Senior enlisted personnel have the ability to lead and influence officers in a subtle but potent method from the trenches or from the deck plate. One thing you can count on when you see a bad officer (one that is out of touch with the troops, and does not listen to his senior enlisted), it is because he had a bad platoon sergeant when he was a lieutenant (or service equivalent). Conversely, the best of the highest ranking admirals and generals will unhesitatingly tell you they are to a large degree successful because of the influence of a senior enlisted leader.

Each of the services have a unique culture, but the same martial spirit. The chiefs, the NCOs and the Staff NCOs are the keepers of the culture. Though technology and society may change, the rank and file do not. The traditions and heritage of the armed services remain. The senior enlisted leaders remind you that you have the opportunity to add to the legacy of your military branch, but you are forbidden from taking anything away from it. This is one of the primary reasons why they stay on you and won’t let you get away with conduct that detracts from established standards. Much of who we are was paid for in blood by those who went before us. As we carry their pack, the senior enlisted leaders remind us of who we are, what we are a part of, and from whence we came. When they do so, the sober reminder serves to inspire us to be our best selves and to be selfless. It stirs our hearts and renews our commitment. If in the distraction of the daily grind we forget, they put us back on target.

So the next time you are apt to complain about the senior enlisted leaders being hard on you, remember what is outlined above. They once stood in your shoes, but now have a responsibility that exceeds their own interests. Responsibility produces maturity. If you stick around it won’t be long until you are the one making corrections, influencing change and moving the organization forward. Believe it or not, your senior enlisted leaders look forward to passing you the torch. In the meantime, maintain perspective and remember you joined the military – the military did not join you. As an old Master Gunnery Sergeant once said, “a bad attitude is like a flat tire, you ain’t going nowhere until you change it.”