7 places that made America great and the people behind them 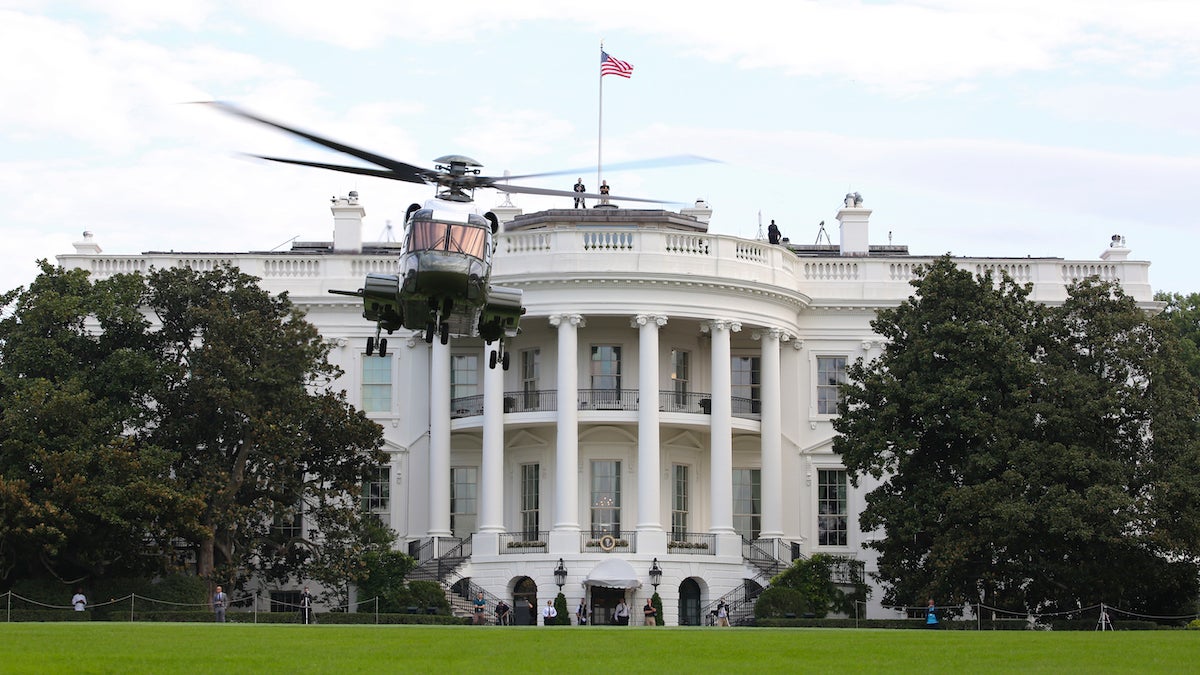 Though a relatively young country, the United States has a rich and storied history, shaped by great people doing incredible things from great places. In his FOX Nation show “What Made America Great,” “Fox and Friends” co-host Brian Kilmeade takes viewers on a journey across the country exploring those places.

What shows through most of all in Kilmeade’s travels is his own personal love of American history. On top of his work at Fox News, Fox News Radio and on Fox Nation, Kilmeade is a New York Times Best Selling author of six books on topics from George Washington’s spy ring to Andrew Jackson’s spirited defense of New Orleans during the War of 1812.

These are just a few of the epic places Kilmeade takes his viewers and who made them great.

The Hermitage was the longtime home of President Andrew Jackson and sits right outside Nashville, Tennessee. Jackson wasn’t the first president to come to power amid controversy, but he became one of the country’s most consequential and influential presidents for decades, even after his death in 1845.

Jackson was a prominent local in Tennessee but after his defense of New Orleans, he was the most popular man in the country. Returning to The Hermitage after the war, he decided to run for the Office of President of the United States, and he made his plans to run – twice – from his home. Today, the grounds house his tomb and a museum to his life and presidency.

For 13 days in 1836, thousands of Mexican soldiers assaulted a rebel Texian fort converted from an old Spanish mission near San Antonio. Inside were some 250 defenders that included some of the biggest names in American history: Davy Crockett, William Travis, and James Bowie. Eventually the Texians could no longer hold off the Mexican force, and were killed almost to a man.

In the mid-1800s, so many Americans were flooding into Mexican Texas that its leader, Antonio Lopez de Santa Anna ordered a halt to incoming migrants. As Santa Anna increased his grip on power and dissolved local governments, a rebellion broke out in Texas. That’s how the Battle of the Alamo came to happen. Today, the site of the battle is an official Texas State Shrine.

Built in 1850, the Long Island, New York home of William Casey, World War II veteran and member of the World War II Office of Strategic Service (OSS), the forerunner of the CIA. He later became CIA Director under President Ronald Reagan. When he took the position, it was said to be a revival of Wild Bill Donovan, the founding father of the OSS.

Casey’s home was one of the bases from which he and the CIA made the plans that would eventually bring down the United States’ most dangerous enemy: the Soviet Union. There’s more to the estate than just a house — three cottages, a statue garden and pools. Kilmeade even sits down with Casey’s colleague, former Counselor to President Reagan, Ed Meese.

In this episode, host Brian Kilmeade walks the grounds where the first shots of the Civil War were fired with South Carolina Senator Lindsay Graham. Fort Sumter sits on a man-made island amid scenic Charleston Harbor, one of America’s most important and strategic ports in the mid-1800s. When President Lincoln was elected in 1860, U.S. troops occupying the base were ordered out by the state government.

When the troops refused to leave, South Carolina troops began an assault on the base on April 12, 1861. The Union troops inside the fortifications had been under siege for weeks and were low on men, food and supplies. For 34 hours, the two sides exchanged cannon fire, but ultimately the Union troops were forced out. No one died in the assault, but one Union soldier was killed when a saluting cannon exploded during the U.S. exit.

Go on an exclusive tour of the world’s most consequential single structure: the White House. Acting as both the home and office of the President of the United States, virtually everything in the building is of significant historical importance. The official tour guide for viewers of “What Made America Great” was none other than the then-sitting president, Donald J. Trump.

Then-President Trump takes Kilmeade through the historic Oval Office, while Kilmeade brings his viewers along to see rooms of the White House not normally allowed to tourists in Washington with White House Head Usher Timothy Harleth. It’s a tour you won’t find anywhere else.

After visiting the actual White House in the nation’s capital, Kilmeade takes viewers to the southern tip of the United States, Florida’s only presidential site. It’s a former home for U.S. Navy officers where President Harry S. Truman spent 175 winter days of his presidency from 1946 through 1952, forming policy on Civil Rights legislation, the formation of Israel, and American Cold War efforts. Other Presidents, William Howard Taft in 1912, Dwight Eisenhower in 1955-56, John Kennedy in 1961 and 1962 and former Presidents Jimmy Carter in 1996 and 2007 and Bill Clinton have made time here as well.

The site is mostly associated with Truman because he spent so much time in the Little White House. With everything on his plate, from ending World War II to defending Korea from Communist expansion, he was diagnosed with exhaustion and forced to seek a warmer climate. Key West was the answer.

Originally built by railroad companies in 1913, The Greenbrier is a luxury resort on 11,000 acres of beautiful West Virginia land. It allows anyone from locals to American presidents to take in 55 different indoor and outdoor activities in some of America’s most beautiful scenery. It also housed a massive underground nuclear defense bunker intended to house and protect members of Congress – all of them – at the height of the Cold War.

President Dwight D. Eisenhower chose the Greenbrier to sustain the U.S. government in the event of World War III, one that was likely to involve an all-out exchange of nuclear weapons. At the cost of $147 million (in today’s dollars), the bunker complex was a secret for 35 years, only being revealed in 1992 when it was decommissioned.

To find out more about these landmarks and many more, catch “What Made America Great” on FOX Nation with a free subscription for active military and veterans.