Do you know what it takes to be in the Marine Corps Band? - We Are The Mighty

Do you know what it takes to be in the Marine Corps Band? 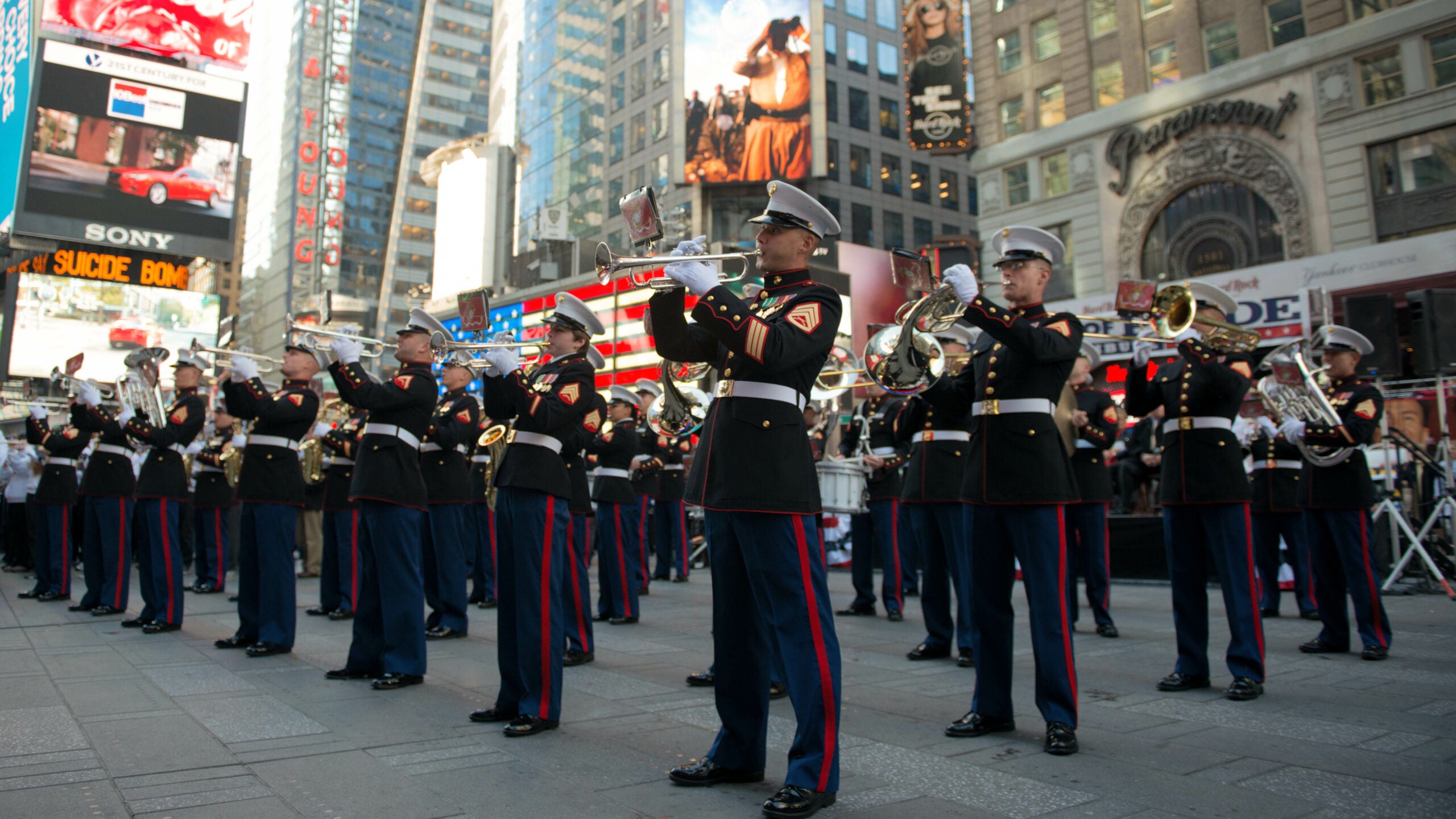 The Quantico Marine Corps Band Performed at Times Square with more than 1,000 high school student for the Band of Prde Tribute Concert on November 10, 2014. The bands drew crowds of people who stood by, rendered salutes, took photos and video recorded lasting memories.

The Marine Corps is one of the most prestigious branches of the U.S. military. They have earned honors and recognition through many important and dangerous missions. Yet, one would not readily associate a career as a professional musician and the Marine uniform. One would be wrong.

The Marine Band is the oldest professional musical organization in the United States. They have played at every single United States presidential inauguration since 1801 when Thomas Jefferson personally asked them to perform at his. They have also performed at many official ceremonies and events at the White House throughout the years. Due to their special connection with the POTUS, the Marine Band is known as the “President’s Own.”

However, that connection comes with an obligation for exacting musical standards. The Marine Band plays hundreds of occasions, all around the world. Every single one of these performances must be flawless, to meet the standard of excellence expected from the entirety of the Marine Corps.

The search for perfection starts at auditions. Candidates are not required to have any specific level of education. However, a lot of them have at least a college degree. Due to the number and variety of performances given by the Marine Band, candidates must be very versatile to be able to play in a wide range of music styles, such as orchestra, marching band, jazz group, ceremonial, rock band, etc. The auditions have three steps: prepared material, theoretical knowledge of music and finally, sight-reading, which counts for half of the final. These auditions are blind, to avoid any bias.

In addition to musical skills, candidates are also expected to meet high mental, moral and fitness standards, as is expected of any Marine. Finally, they must pass an extensive background check. Their proximity to the White House requires them to obtain a Secret security clearance. The Marine Band is a very exclusive club as, out of approximately 180,000 Marines, only 600 of them are musicians.

Once a candidate is selected, he or she must sign a four-year contract with the U.S. Marine Corps. However, their duty is exclusive to the Band. They cannot be transferred to any other unit. They must also undergo six months of extra schooling at the School of Music in Virginia Beach. In these six months, the musicians will have to complete the equivalent of an associate degree. It is not for the faint of heart.

It might be surprising for musicians to be also asked to go through boot camp. However, it allows for reinforcement of the concepts of discipline, synchronicity and leadership. It teaches them to have pride in their uniform and the Corps. Marines are warriors first and foremost and musicians are basically trained Marines.

Depending on their specialty and the available positions, musicians can be sent to eight different bases around the continental United States. This includes Hawaii and Japan. Like all programs in the Marine Corps, the Marine Band only selects the very best to wear their uniform and perform their duties.

Life in the band

However, the musicians who succeed in joining the band can make a comfortable living from their music, to travel the world, to play on stage in front of heads of state and large crowds, and to serve in an honored Corps that will give them lifelong friends, moral values and a great sense of accomplishment. There are very few musicians who can boast such opportunities and experiences.

With over 700 performances around the world every year, including about 200 of those at the White House, the Marine Corps Band is really a musician’s dream come true.