The complete post guide to Fort Bliss - We Are The Mighty 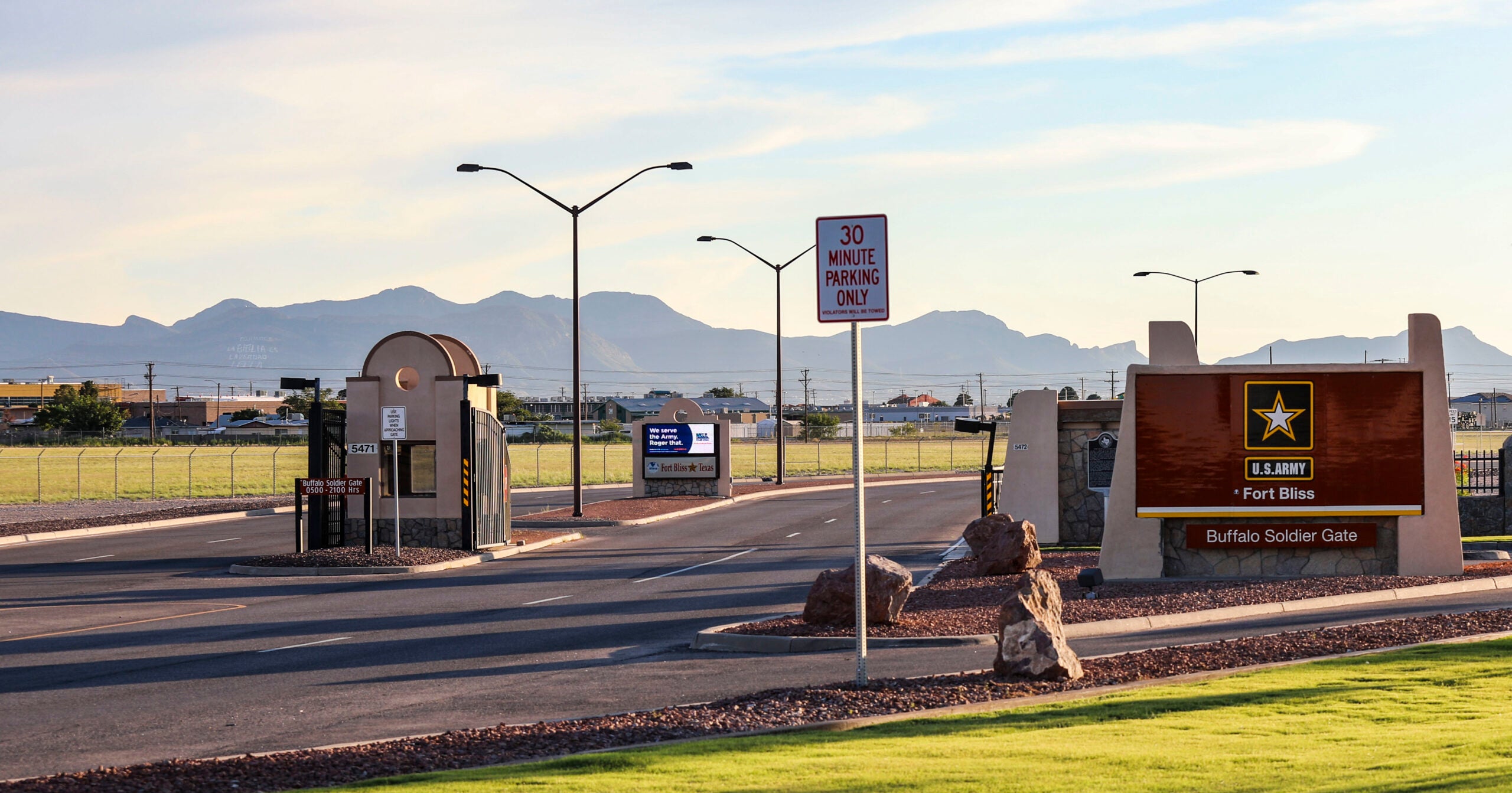 The iconic Fort Bliss Texas installation is home to the Old Ironsides – that’s the famed 1st Armored Division, also known as “America’s Tank Division.” Check out what the Ft. Bliss website has to say about the 17,000 Soldiers who make up this division. Ft. Bliss is unique for lots of reasons but one of the most notable is that Unlike most Army posts, the main post is located in El Paso, not on the outskirts. That means there’s always something to do and places to explore. El Paso is consistently ranked one of the safest cities in America and these days, it’s the third fastest growing city in the country. Questions about Ft. Bliss housing? This guide will help answer everything for you!

Ft. Bliss has more than 50 training areas. There are also 58 live-fire ranges and almost 2,000 tank trails. It’s the largest Army installation in Force Command and is second in size only to the White Sands Missile Range.It’s also the headquarters of the El Paso Intelligence Center, a federally operated tactical intel center. Ft. Bliss weather is warm and mild, so don’t expect any snow!

The installation is located in western Texas and eastern New Mexico.

You can drive, fly, or even take a train to reach you new duty station! Depending on where you’re coming from, an Amtrak train trip might be a lot of fun! Of course driving means you’ll have your car right away, which will be useful to get out and about in El Paso.

The El Paso International Airport has an airport shuttle that service members can use to get to post.

Ft. Bliss has a pedestrian only gate as well as several 24/7 gates. You can find Visitor Control Centers at both the Buffalo Soldier gate and the Chaffee Gate. The main gate is MSgt Pena.

The mission at Ft. Bliss is to support contingency operations and provide high quality service to Soldiers, families, and civilians. Major units at Ft. Bliss include the 1st Armored Division Artillery, the 11th Air Defense Artillery Brigade, and the 1st Air Defense Sustainment Brigade. Speaking of Artillery, remember that time the Army experimented with mounting artillery to helicopters?

The post can trace its history back to 1848, making it one of the older DoD installations. At that time, it was home to the 15th Cavalry Brigade. During WWII, an anti-aircraft battalion trained at Ft. Bliss. Later, it served as a POW and internment camp for German, Italian, and Japanese Americans.

During the Cold War, the installation trained thousands of Soldiers in anti-aircraft ops and air defense. Then in the 1980s, Army Rangers received desert training at Ft. Bliss. Here’s how a modern battalion of Rangers might perform in Civil War combat.

The 2005 BRAC commission recommended that Ft. Bliss be a heavy armor training center. That’s when more than 10,000 Soldiers came back from Germany to the El Paso post.

Things to Do Around Ft. Bliss

Ft. Bliss is home to the largest international border in the United States. It’s nestled at the corner of Texas, New Mexico, and Mexico, so there’s a dazzling array of things to do. If you want to stick close to home, all you need to do is head to El Paso’s Historic District to get your fill of history and culture. Further afield, there are tons of other options, too.

Lodging is easy to source since El Paso is such a thriving city.

This west Texas town offers so much for the adventurous foodie to try! Of course there’s authentic Mexican cuisine everywhere. You won’t want to miss out on trying steak tacos. This classic Mexican dish is usually served with rice, beans, salsa, and lettuce. If you’ve had a little too much fun the night before, go seek out menudo. It’s known as a traditional after a night out cure that’s made from red chili pepper and beef stomach. Don’t let that stomach ingredient turn your stomach! If you’re in the mood for something sweet, try paletas de crema. These creamy popsicles are like ice cream but the flavors are all based on real fruit.

Don’t miss out on the post museum that showcases Ft. Bliss’ history from its inception to today. You might also want to check out the University of Texas Walking Tour that showcases the school’s Himalayan mountain-top fortress inspired buildings. If you want to get outdoors, head to Scenic Drive. It’s a two mile climb that offers a breathtaking view 4,000 feet above sea level.

Like almost all DoD installations, Ft. Bliss housing is owned by a private company. Ft. Bliss Family Homes owns and manages 17 vibrant communities with almost 4,500 individual residences. Some neighborhoods are open to all ranks, but only certain houses are available to certain ranks.

If you choose to live out in the local community, there are plenty of options. El Paso has a population nearing 1 million people, so you’ll definitely find a neighborhood that fits your needs. The Military Housing Office can provide more information, including details on wait times for privatized housing.

Unaccompanied Soldiers E1- E5 are required to live in the barracks. Call the Unaccompanied Housing office for more information.

Mil-kids who call Ft. Bliss home will attend schools in the El Paso Independent School District. The good news is there are two elementary schools inside the post’s gates! Outside the gates, milkids have the option of several middle and high schools, depending on where you live. School districts include Ysleta and Socorro. Speak with the School Liaison Office  for more information.

Additionally, Germany’s military, called the Bundeswehr, maintains a school for German national children at Fort Bliss and offers German-language education in grades 1-12. The school has been around for almost fifty years.

How big is Fort Bliss?

Ft. Bliss is massive. The installation includes more than 1 million acres of training land spread across Texas and New Mexico.

How close is Fort Bliss to the Mexican border?

Ft. Bliss is very close to the Mexican border. Juarez is off limits to all military personnel. Civilians are strongly discouraged from visiting.

Civilians can enter the installation when accompanied by a DoD ID card holder. You’ll need to visit the Visitor Control Center to gain access.

Is Fort Bliss the biggest Army base?

It’s the largest installation in terms of land size and second in the Army overall. There are almost 1 million miles available for training.