The U.S. Navy Hymn isn't the Navy's official song, but it's still beautiful - We Are The Mighty 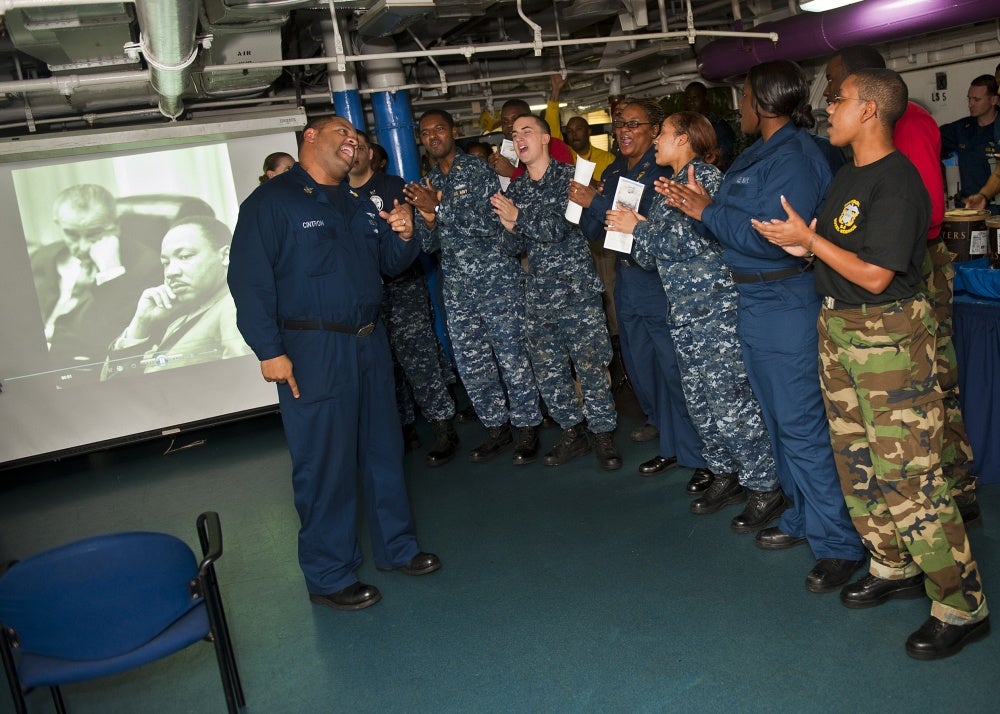 Although it isn’t used in the “Armed Forces Medley,” the Navy does have its own hymn. However, like “Anchors Aweigh,” it isn’t technically an official song for the service either. “The Navy Hymn” is a derivative of the 19th century British hymn “Eternal Father, Strong to Save.” It was written by Anglican churchman William Whiting in 1860. Having grown up on the English coast, Whiting was familiar with the perils of the sea.

When Whiting worked as headmaster of the Winchester College Choristers’ School, a student approached him about an upcoming voyage to the United States. The student expressed his fear for ocean travel. Whiting shared his own experiences of seafaring to calm the student and wrote “Eternal Father, Strong to Save” to give him strength and confidence for the journey through faith.

By the next year, the hymn saw widespread circulation throughout England. Various publications revised the text, as did Whiting himself. The hymn was also set to music which increased its popularity and accelerated its adoption both in England and overseas.

The first recorded use of “Eternal Father, Strong to Save” by the U.S. Navy was in 1879. Lt. Cdr. Charles Jackson Train served as a navigation instructor and the master of the Midshipman Choir at the United States Naval Academy. That year, Train began the practice of concluding Sunday Divine Services at Annapolis with the first verse of “Eternal Father, Strong to Save.” The hymn eventually became a tradition, not only for the Academy, but for the Navy as a whole. Its unofficial adoption has since led to its renaming as “The Navy Hymn” and rewording to match modern naval culture and technologies.

During or just after WWII, a new verse was added to recognize the unique dangers that face naval aviators. Similarly, rewordings for other specific naval communities have been created. They include verses for SEALs, Seabees, submariners, Marines, and even the Coast Guard.

Given the hymn’s British origin, it’s no surprise that the song has also seen widespread adoption by the British Royal Navy. Although it was likely used before Lt. Cdr. Train’s adoption in 1879, the hymn was not in common Royal Navy usage until the 1890s. Since then, the Royal Navy version has seen its own share of rewordings for both modernization and service specifics.

Although “Eternal Father, Strong to Save” is still not an official Navy song, it is commonly used in formal naval ceremonies. Most notably, the song’s reverent nature lends itself well to funerals. It was played during the funerals of U.S. Presidents with naval service including John F. Kennedy, Richard Nixon, and George H. W. Bush. The song was also sung at the funerals of Senator John McCain and President Franklin D. Roosevelt, who served as Assistant Secretary of the Navy. Across the pond, the hymn was sung for the funeral of Prince Philip, himself a WWII Royal Navy veteran.

Over a hundred years after it was written, the hymn remains popular across the naval service as a source of strength and courage against the dangers of the sea.