Only one American woman was executed by Hitler’s direct order 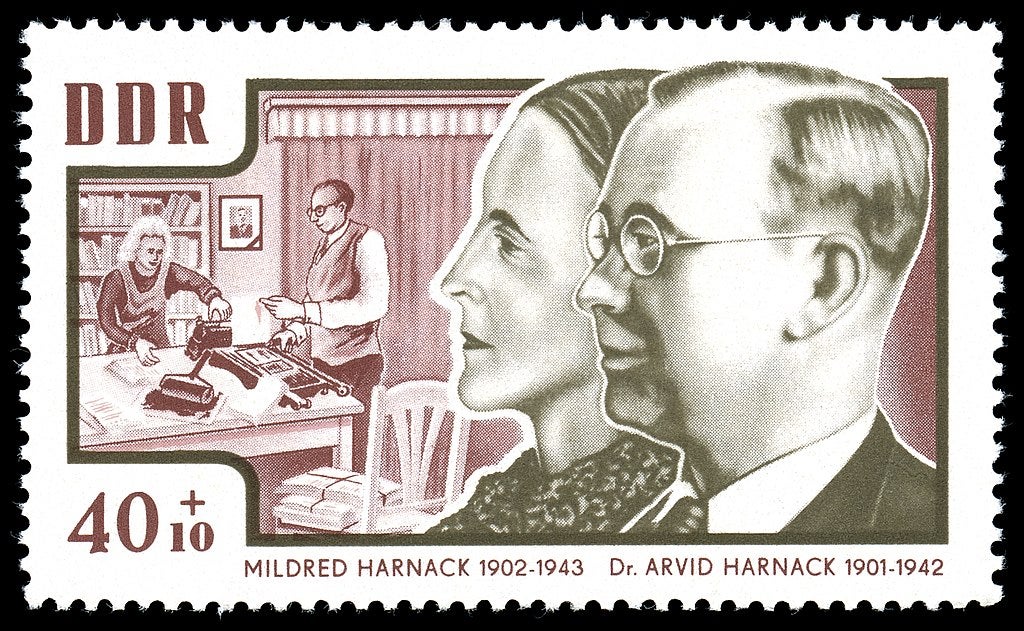 Commemorative stamp honouring Mildred Harnack and her husband Arvid issued by the Deutsche Post of the GDR in 1964.

Dictators don’t like to get their hands dirty. It makes their actions easier to defend if they get ousted and end up on trial for their crimes. German dictator Adolf Hitler was no different; he rarely issued direct orders for the executions of individuals. One of those individuals who did warrant the Fuhrer’s direct attention was a woman from Wisconsin: Mildred Fish-Harnack.

The American woman got her start in life by teaching English at the University of Wisconsin in Madison while studying literature. It was there she met a German student by the name of Arvid Harnack after he wandered into the wrong lecture hall. The two fell in love, married and decided to move to Germany in 1926.

The 1920s were an interesting time for Germany and for the rest of the world. As Arvid Harnack worked for the German government, his wife continued teaching in Germany. It was there she became interested in the relatively new country, now called the Soviet Union, a country where women were supposed to have rights that women didn’t enjoy elsewhere in the world.

Just a few years into Harnack’s new life in Germany, Hitler and the Nazi Party would come to power and completely change life in the entire country. By this time, both Arvid and Mildred were fully enamored with Communism. They joined a small resistance group that would play an important role in helping Jews escape from Germany while providing intelligence to the United States and the Soviet Union.

The Harnack’s small portion of the orchestra would include as many as 100 informants and operatives who countered Nazi propaganda and were even able to inform the Soviet Union about the planned invasion of the USSR, Operation Barbarossa, before it began. They transmitted the information by radio, which eventually led to their discovery.

One of their Soviet agents was discovered by the German counterintelligence agency Funkabwehr and was arrested by the Gestapo in June 1942. Presumably tortured during his interrogation, the agent gave the names of everyone involed in the Red Orchestra, as well as the cyphers to the Orchestra’s radio transmissions.

The result was the Harnacks and others were arrested and put on trial. Arvid was punished by hanging from meat hooks and piano wire over the course of three days before he finally succumbed to his torture. Mildred Fish-Harnack was originally sentenced to just six years in prison.

When Hitler found out about Mildred’s punishment, he was incensed. He ordered her sentence canceled and a new trial held. This time, the guilty conviction resulted in a death sentence. She was beheaded with the use of a guillotine. Her body was then dissected for research.

The Harnacks were not honored by the Soviet Union or the West for their resistance work during the Nazi regime until years later. They would later be honored on a postage stamp in Communist East Germany and a memorial plaque was later erected near their Berlin Apartment after the war.