Lend-lease: What was old is new again, with an ironic twist - We Are The Mighty

Lend-lease: What was old is new again, with an ironic twist 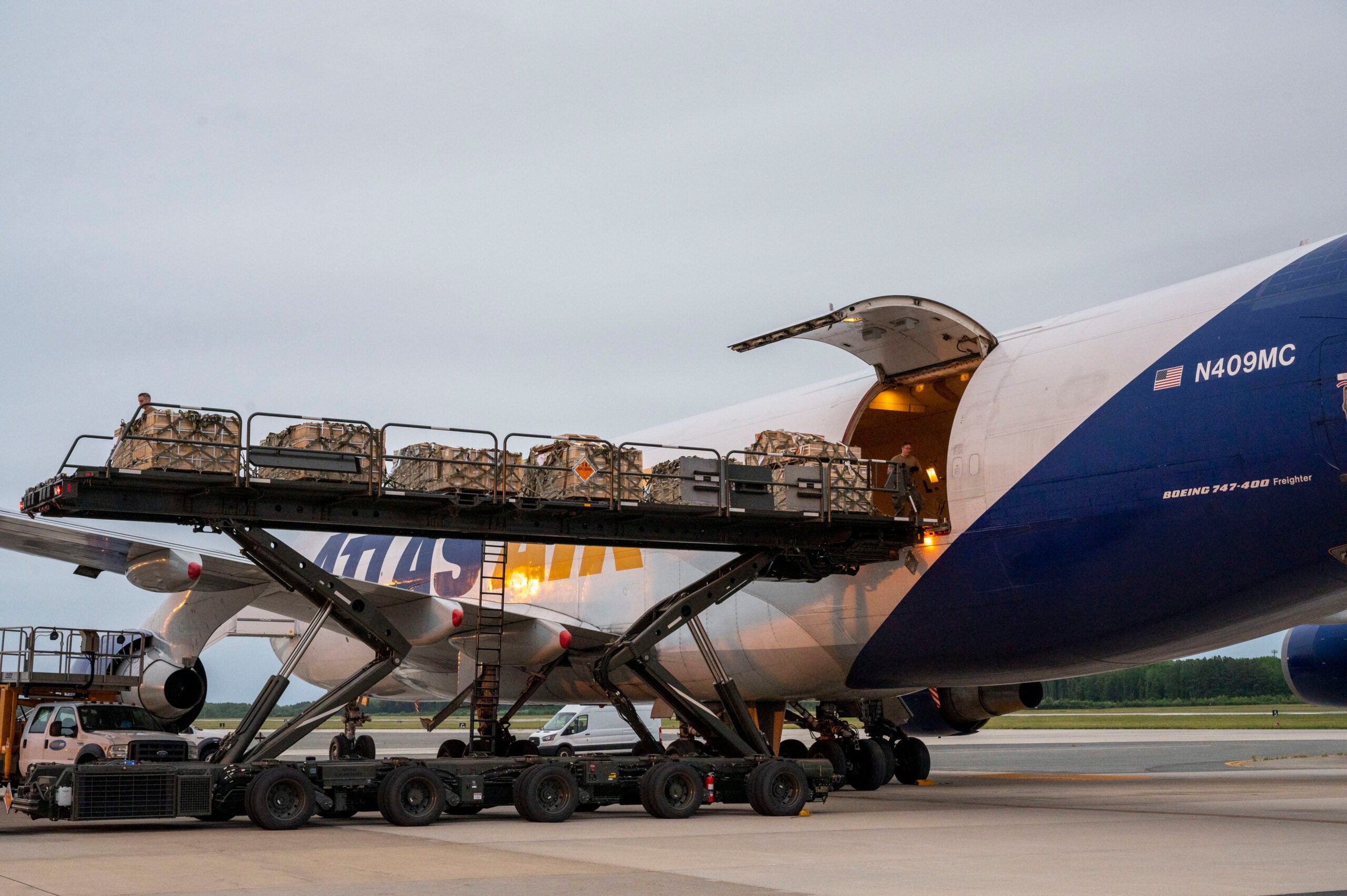 Airmen from the 436th Aerial Port Squadron load cargo onto an aircraft in support of a security assistance mission between the U.S. and Ukraine at Dover Air Force Base, Delaware, May 24, 2021. The U.S. and Ukraine first initiated a partnership in 1993. Missions such as this demonstrate the U.S.’s commitment to Ukraine’s independence, sovereignty and territorial integrity. (U.S. Air Force photo by Airman 1st Class Cydney Lee).

As the current war rages between Ukraine and Russia, the conflict has brought back a U.S. pre-World War II concept, lend-lease, which was used to aid Great Britain against Nazi Germany before the American entry into the war.

After the U.S. entered the war in December 1941, lend-lease aid was also extended to the Soviet Union as well. Fast forward to the 2022 Russian invasion of Ukraine, and the U.S. has dusted off its lend-lease playbook from the last century to work against Russia’s aggression.

The Soviet Union not only directly benefited from the actual lend-lease materials themselves, but the materials also had a” force-multiplier” effect. For example, steel, factories and labor not needed for making essential trucks were used to make more tanks. Both military and civilian morale were boosted not only by receiving lend-lease items, but the resources made available by lend-lease resulted in more food and other essential items, many to benefit children, and less personal sacrifice.

At one point, due to woeful obsolescence and combat losses, almost all of the Soviet Air Force’s viable combat aircraft were American lend-lease. Stop-gap use of these American combat aircraft allowed the Soviets to keep both the Luftwaffe at bay and develop newer aircraft of Soviet design.

Supplying the Soviets with lend-lease material was complex, to say the least, and circumstances ranged from fairly easy to very difficult and dangerous. Many lend-lease aircraft were simply flown to Alaska, where Soviet pilots could then be flown in by cargo aircraft and then fly the U.S. aircraft, mostly P-39 fighters, back to the Soviet Union. Other materials were needed either immediately on the front lines in Europe, or at least in the western portion of the country, and had to be sent via Britain. These assets, and the men who crewed the ships carrying them, had to repeat perilous journeys through the German U-boat-infested waters of the North Atlantic, and then run a gauntlet of Nazi aircraft, surface ships and more U-boats on the last leg from Britain to the Russian ports of Murmansk and Archangel in the Arctic Ocean. On one of these Arctic convoys in 1942, escorted mostly by the British Royal Navy, 24 of its 35 ships were lost with 153 sailors killed. Lost with the ships sunk were 210 aircraft, 430 tanks and over 3,300 vehicles.

In early 2022, in a move that shocked the world, the authoritarian regime in Russia, intent on reconstituting the territories of the old Russian Empire/Soviet Union, attacked the country of Ukraine. The unprovoked attack, after Russia’s repeated denials of any intended invasion, was strikingly and eerily similar to Hitler’s 1939 invasion of neighboring Poland, which kicked off World War II. By May 2022, the Ukraine Democracy Defense Lend-Lease Act of 2022 was passed by Congress and signed into law by President Joe Biden. This bill temporarily waives certain requirements related to the President’s authority to lend or lease defense articles if the defense articles are intended for Ukraine’s government or the governments of other Eastern European countries affected by Russia’s invasion of Ukraine.

To date, over $2 billion in military aid to Ukraine has been authorized, not including significant third-party transfers of U.S. military materials to Ukraine from allied NATO countries with promises of U.S. paid resupply.

Approximately 75 years after the last ship full of lend-lease materials docked somewhere in the Soviet Union in 1945, the lend-lease process that had helped the Soviet Union defeat Hitler in World War II was now flowing war materials into Eastern Europe to help stem the tide of Russian aggression against its neighbors and former communist slave states.