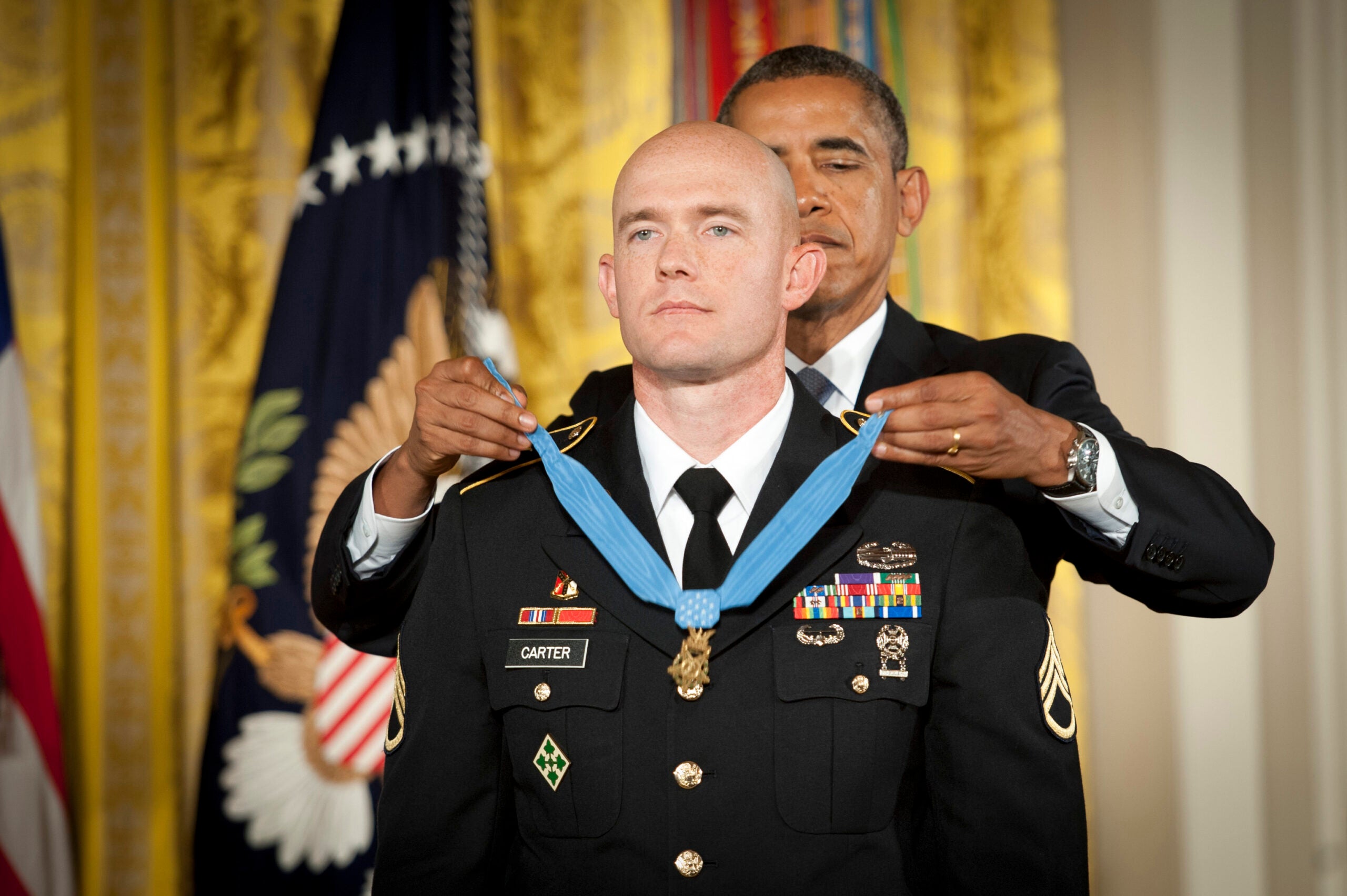 An MOS Change and a Branch Transfer

Staff Sergeant Carter was born in Spokane, WA in 1980 and joined the U.S. Marine Corps after graduating high school in 1998. He initially attended the Marine Corps Combat Engineer School but quickly found himself to be a skilled marksman.

In 1999, SSgt Carter transferred to Primary Marksmanship Instructor School and honed his skills. Carter was later deployed to Cairo for Operation Bright Star, a training exercise conducted between the Egyptian Armed Forces and the United States Military. In 2002, Carter received an honorable discharge from the Marines and moved home to be with his family.

Unfulfilled in civilian life, he re-enlisted in 2008, this time with the U.S. Army. In 2008, Carter deployed to Afghanistan with the 61st Cavalry Regiment. In early autumn of 2009, Staff Sergeant Carter and his fellow service members deployed to the Kamdesh District of Nuristan Province, Afghanistan.

The 61st Cavalry Regiment went in fully aware of the dangers that awaited them. They would travel to the village of Keating, a place overrun with armed enemy combatants. On the morning of October 3rd, the cavalry regiment woke to the sound of enemy fire.

The service members ducked and dodged the barrage of bullets and attempted to fight off the enemy forces. Realizing that the regiment was desperately in need of fire power, Sergeant Carter ran up the road to replenish the ammunition. He weaved and jumped to avoid enemy bullets and positioned himself to defend the military post. Carted steadied his carbine rifle and remembered his marksman training. He successfully subdued the enemy forces and stopped them from overtaking the post.

Staff Sergeant Carter then braved the storm of enemy fire again when he noticed that Specialist Stephan Mace, his fellow soldier, was down. Sergeant Carter ran to Mace and performed a first aid procedure. Then, Carter ran again to retrieve the squad radio, which he used to call for backup.

Still giving, even when receiving the MoH

When SSgt. Carter was awarded the Medal of Honor by President Obama, he requested his fellow service members stand and receive recognition for their efforts. He left active duty in 2014.