Everything you never knew about Army uniforms 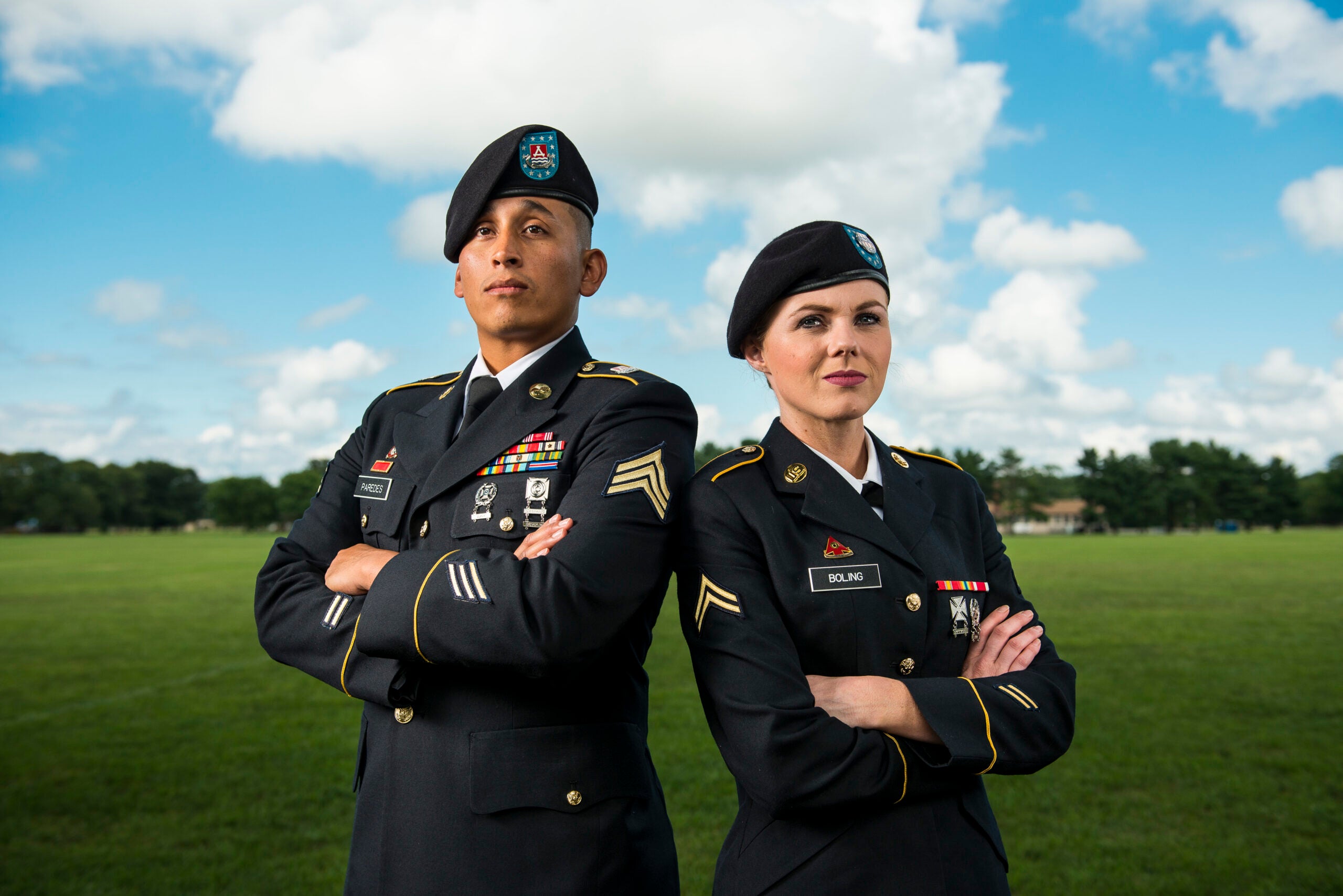 U.S. Army uniforms have changed a lot throughout the years, depending on the nature of the conflict at hand. One thing that hasn’t changed, though, are the patches Army Soldiers wear. Ever wondered what they mean? This post breaks down the patches you might encounter on an Army BDU so you always know what’s what.

What Does a Military Uniform Include?

Each branch of the DoD has four types of uniforms. All serve a specific purpose. Within each branch, there are some derivations, but for now, here’s what you need to know about the Army uniform.

Combat Uniform – also called a Battle Dress Uniform- is what a Soldier wears while on active duty and deployed. The camouflaged patterned uniform includes a cover (or cap, as the civilians call it), a regulation t-shirt, pants, a jacket, socks, boots, and a belt. Soldiers can call these Class C uniforms.

Dress Uniform – sometimes called Dress Blues or a Mess Dress, a Soldier wears to a ball or formal event. Expect to see these at ceremonial occasions. It includes a formal jacket, pants or a skirt, and dress shoes. Soldiers call these Class B uniforms.

Fitness Uniform – PTs are exactly like they sound. These are the clothes necessary for physical fitness. Of course, no matter what you do, don’t leave home without your PT belt.

Service Uniform – a Soldier wears this to the office if they’re not planning to be anywhere near the field. The Army recently released its latest uniform update, which includes the Army Green Service Uniform (AGSU). A throwback to WWII-era uniforms, this is what lots of Soldiers are wearing daily. Service members call these Class A uniforms.

So what’s included in an Army uniform? Let’s break it down.

Soldiers either loop-and-scoop (that Army for Velcro) a name plate or have it sewn above the right breastplate. This patch includes the Soldier’s last name.

Above the left breast plate is the Army branch tape. There, a Soldier can also wear a Special Skills Badge to showcase the particular skills they’ve mastered. Examples include an Airborne or Rigger badge.

On top of the special skills badge, a Soldier can place a Combat Badge. Commands award Combat Badges to Soldiers who were present and actively engaged with the enemy in ground combat. Examples include the Combat Action Badge or the Combat Infantryman Badge.

Soldiers wear rank in the middle of the chest.

Identification Badges are worn centered on the right or left front pocket. This insignia showcases the successful completion of special duties like Drill Sergeant, Recruiter, or Commander.

The left shoulder patch is the brigade or division the Soldier is assigned to. The Army is the only DoD branch that requires all service members to wear their unit insignia.

Above the unit patch is a duty tab. This displays the special skills a Soldier has perfected. Examples include the coveted Ranger tab, Sapper tab, or the SF tab.

Also worn above the unit patch is the unit designation tab. These identify a unit’s special skill, like an Airborne unit or an Honor Guard unit.

On the right shoulder, a Soldier wears a patch representing the unit they served in during combat ops. If a Soldier has served multiple deployment tours, they can choose which unit patch they want to wear.

All DoD service members are required to wear appropriate headgear for their uniforms when they’re outside. Depending on their uniform, Army Soldiers wear a Patrol Cap, a beret, or a service cap. Patrol Caps include the Soldier’s name on the back and their rank on the front. PCs can’t be worn indoors but must be worn at all times when outside. Berets can be worn with Class A, Class B, and Class C uniforms. Officers wear their rank centered on the flash, while enlisted Soldiers wear their units on the flash.

Here’s what the Army’s uniform has looked like throughout the years.

Interested in joining today’s Army? Talk with a recruiter to find out more.