The complete guide to Navy uniforms - We Are The Mighty

The complete guide to Navy uniforms 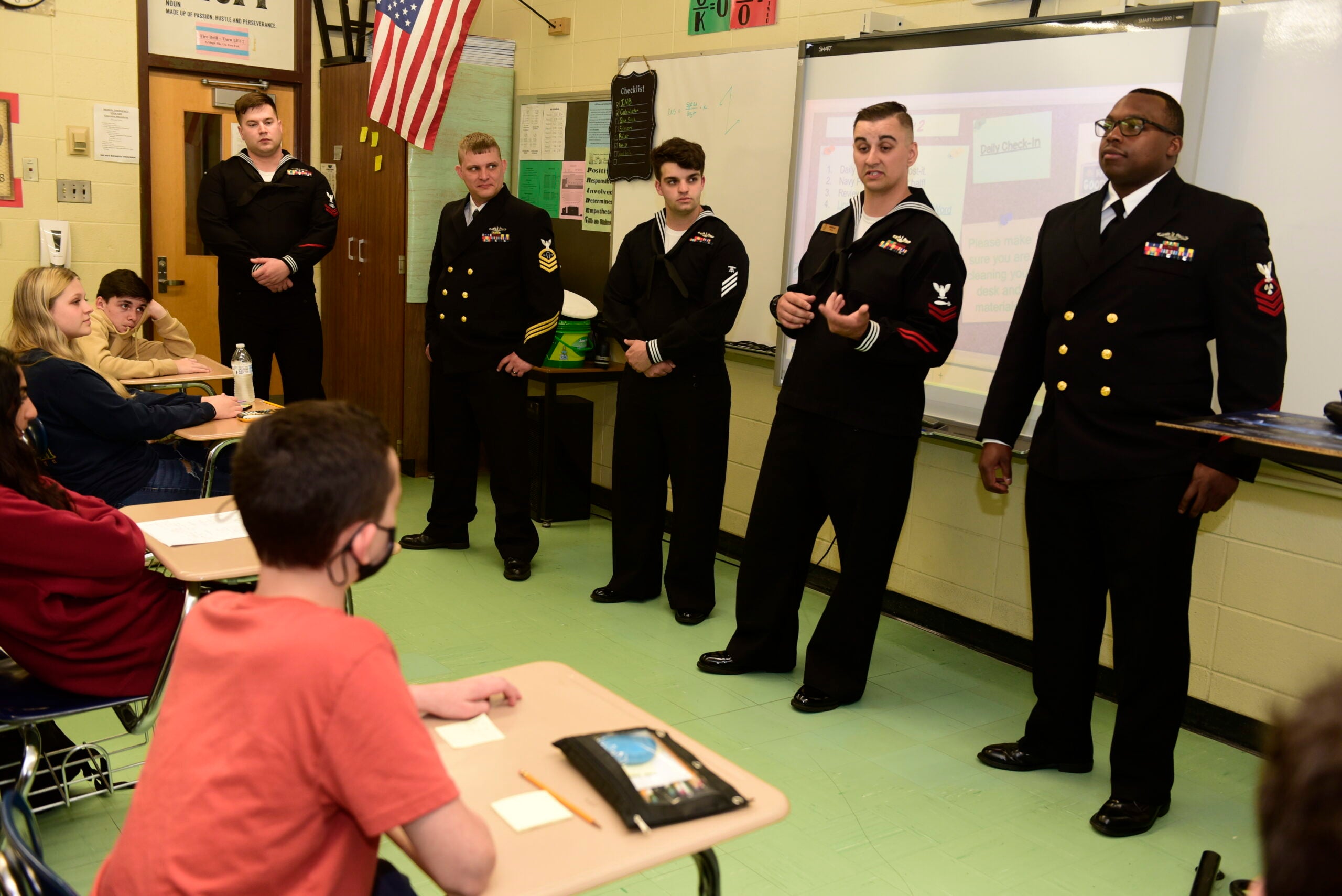 The U.S. Navy’s birthday is celebrated in October every year, but that doesn’t mean they get a new outfit to celebrate. On the contrary, Navy uniforms they wear literally tell their history, so chances are they won’t be changing any time soon.

Of course, the Navy changes uniforms to fit their working conditions, so they’re not exactly like they were hundreds of years ago. But for the most part, their three uniforms are thicker with traditions than even the Marine uniforms. Want to know more about the history of Navy uniforms? Check out this post from the Naval History and Heritage Command.

So, let’s unpack the three basic uniforms available to Sailors. For sanity’s sake, we’re not going to talk about the countless other uniforms Sailors are authorized to wear based on job functions. The rest of the DoD probably makes fun of that enough.

Just like the basic dress uniform of the Army and the Marines, the Navy has its own camo, too. While it would make sense for this uniform to be a universal blue, the truth is the Navy likes to keep things snazzy. So that means that the color selection of the working uniform depends on the nature of the Sailor’s job. Case in point – a blue uniform is worn on ship, but desert deployment calls for tan camo.

In addition to wearing the right color for the job, Sailors wear an 8-point crown-shaped cat with a baseball-style visor. No surprise that the cap has to be the same color as the rest of the uniform. Unlike other branches, ranks aren’t worn on caps.

Navy working uniform shirts are Type III shirts with a mandarin-style collar that comes in various colors. The collar is worn flat and secured by velcro. Sleeves are typically worn down but can be rolled up with commander approval. Sailors are also required to wear a 100% cotton crew neck undershirt.

Pants are also Type III. They have elastic waistbands and drawstrings at the bottom of the legs. A belt is required, and pant legs have to be bloused.

Safety boots are part of all working uniforms, no matter the color. They’re usually black but can change depending on the setting.

Sailors are allowed to run errands associated with their jobs while in uniform, but they can’t wear them after the workday is done. They’re also strictly forbidden to consume alcohol in their working uniform.

No matter which uniform a Sailor wears, a garrison cap is a must. Service uniform shirts and undershirts have to be the same color as the trousers. For footwear, here again, the Navy offers options. Male officers and enlisted Sailors can wear black or white oxford-style shoes. Female officers can wear those oxfords or low-heeled pumps.

Significant and formal events call for dress blues. Unless you’re an officer or chief petty officer and you decide to wear summer dress whites. That’s okay, too.

Jacket options are single or double-breasted, depending on a Sailor’s gender.

E6 Sailors and below wear a jumper-style shirt with no jacket at formal occasions, and sleeves are bloused.

Pants always match the color of the jacket or the jumper. Ties are black and have to be either a half-Windsor or Windsor knot. E6 Sailors and below wear black neckerchiefs folded diagonally and rolled end to end.

For shoes, Sailors get to pick from clean, polished black dress shoes or white shoes with the summer whites.

Uniforms help service members and the general public understand who a person is and what they do in the DoD. Even though it’s fun to poke fun at the Navy’s extensive collection of uniform options, the truth is that the world’s waters are safer thanks in part to the Navy’s untiring efforts.

Eager for more military fashion history? Here are the worst female uniforms of all time.

Can you wear earrings in the Navy?

Females can wear small stud earrings while in uniform. Enlisted females E6 and below can wear silver, while chief petty officers and officers can wear gold. Diamonds or white pearls are authorized with dress whites or dress blues.

Who determines the Navy uniform standards?

The Chief of Naval Operations routinely evaluates all Navy regulations, including uniform standards.

Does the Navy have a nonbinary uniform option?

Right now, the U.S. Navy does not have a nonbinary uniform option.