Today in military history: US drops atomic bomb on Hiroshima - We Are The Mighty

Today in military history: US drops atomic bomb on Hiroshima 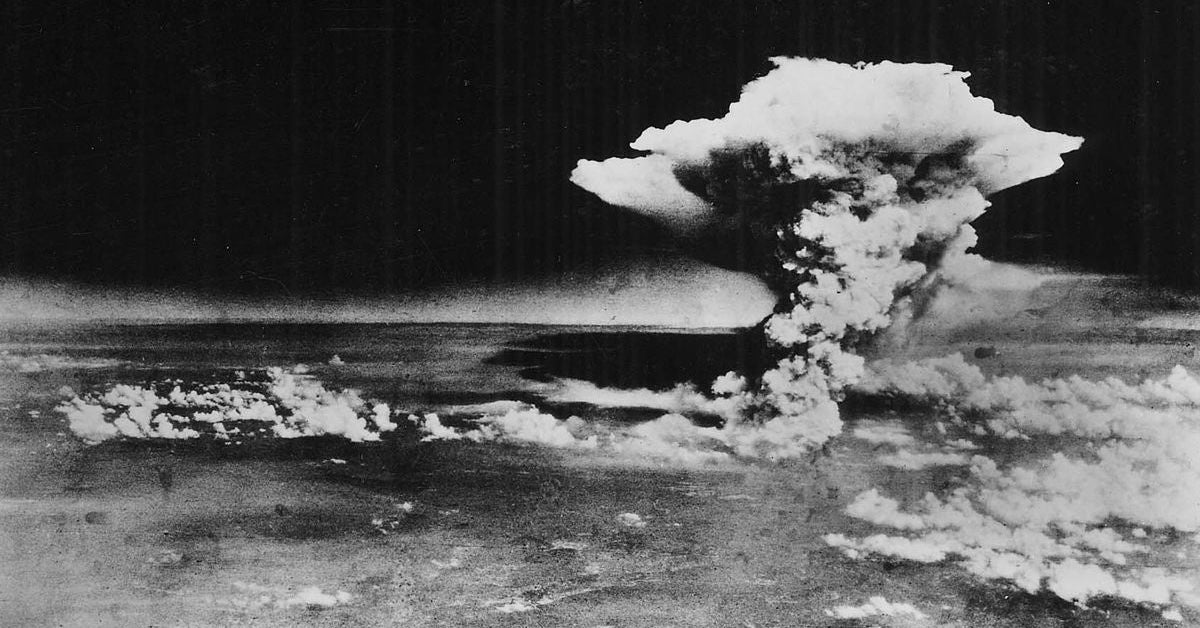 On Aug. 6, 1945, the United States dropped the world’s first atomic bomb over the city of Hiroshima.

U.S. President Harry Truman decided to use the atom bomb to force an unconditional surrender from Japan. At 8:16AM on Aug. 6, the B-29 bomber Enola Gay (named for her pilot’s mother) dropped the bomb known as “Little Boy” over Hiroshima, killing eighty thousand people instantly and another sixty thousand over the following weeks from the effects of the fallout.

Hiroshima was selected as a target to deliberately demonstrate the power of the weapon by causing the most physical destruction but also as a psychological attack against the people and decision-makers of Japan.

The blast was so intense, human shadows are marked permanently on the ground and walls left standing. Radiation poisoning caused a significant number of deaths in the weeks following the bombings of Hiroshima and Nagasaki. The effects of radiation are varied, ranging from milder symptoms like gastrointestinal distress, fever, headaches and hair loss, but up to and including death. Because radiation can cause a drop in the number of blood cells produced, wounds heal more slowly than normal.

The pilot of the Enola Gay, Paul Tibbets, died in January 2007, after having retired from the Air Force in 1966. Instead of being interred at home or at Arlington National Cemetery with all his brothers in arms, he was cremated and his ashes spread across the English Channel. The elder Tibbets was concerned that any grave or headstone he left behind would become ground zero for anti-nuclear weapons protests, anti-war protesters or a place for any other kind of revision historian to make a stand against what he saw as the right history. Instead of that, he opted to be cremated and his ashes spread where he had flown so often during the war.

Featured Image: An atomic cloud rises over Hiroshima after the bomb is dropped. (509th Operations Group)