This small island in the Pacific changed the course of WWII 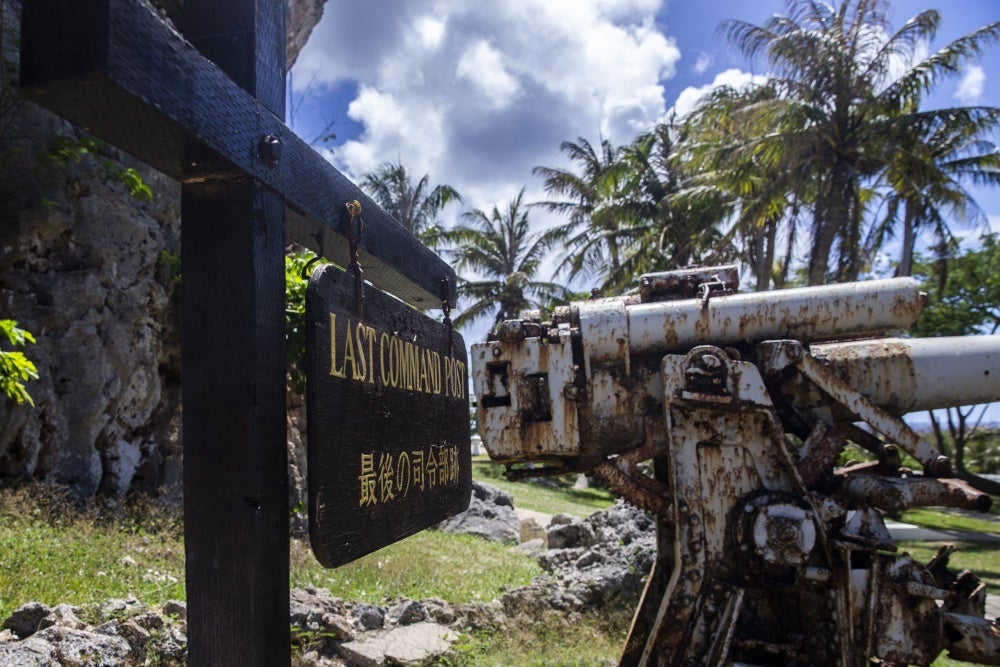 Toward the latter half of World War II, the Battle of Saipan was a turning point of 1944. On an island in the Pacific Campaign, a battle took place on the island of Saipan, a 12-mile long piece of land of the Mariana Islands. The spot served as Japan’s “last line of defense,” launching a heavily guarded area with a full airport runway.

In the late 30s, the Imperial Japanese Army and Navy heavily guarded the area, even bringing 30,000 troops to the small island in the middle of 1944. Coastal artilleries, on-shore defenses, and underground bunkers were also added for safety precautions. However, the efforts would prove futile during the battle that rang from mid-June through July 9th during Operation Forager — AKA Pacific D-Day. (Normandy’s D-Day took place just nine days earlier on June 6th.)

By July, U.S. forces had secured Saipan, while Guam and Tinian were taken over in August. Many list this as the turning point in the war, allowing Allied forces to gain ground in the Pacific and work their way toward Japan, including nuclear bombs that were dropped on Hiroshima and Nagasaki.

The tiny island and a huge war event

By the end of the battle, Japan had lost 29,000 of its troops on board, along with many civilian lives lost. As a whole, the island was decimated. Hit with countless bombs and shots, the town’s buildings and structures saw heavy damage and/or complete loss.

It had been the Allies’ plan for some time to focus on the island — and the entire Mariana area — as a key focus. It meant removing Japan’s potential bombing range.

From there, Allies were able to take on more Pacific islands, and eventually, reach Japan itself.

In decades since, the island has remained under control of the U.S., first as dictated by the United Nations. And since 1978, it’s remained a commonwealth of the U.S. (The other commonwealth being Puerto Rico.) And in the 1990s, military forces began to dwindle from the island, leaving room for an increasing number of tourists visiting the location.

The island of Saipan is unique in its landscape and role within local economy. Its location, history, and national goods lead to this tropical oasis … mixed with remnants of extreme war.