Today in military history: Patriots make a stand a Burke County Jail - We Are The Mighty 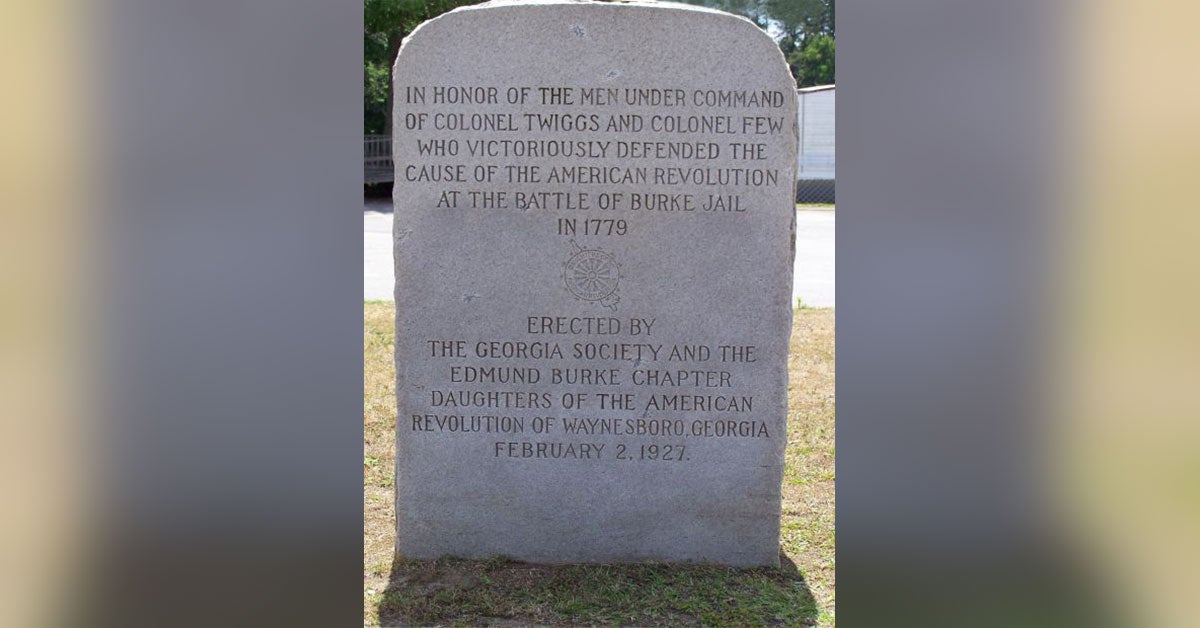 By late 1778, the British were growing frustrated with the status of the war in the colonies. In particular, the North was holding fast against British rule, but the South contained many Loyalists and the Brits developed a strategy to help them regain control of southern state governments in order to establish a southern base from which they could crush the rebellion in the North.

In December of 1778, the British captured Savannah, Georgia, as part of a strategy to control the South, where it was believed to have a larger population of British loyalists. When the city fell to British control, an amnesty proclamation was released: If the citizens of Georgia would pledge their allegiance to King George III, their previous rebel activity would be pardoned.

When about 10% of the Georgian population took the oath, a few revolutionary leaders were alarmed.

Major General John Twiggs and Lieutenant Colonel William Few were among them, and they gathered at the Burke County jail to determine the next course of action. The details of what happened next depend on who’s telling the story, but what’s clear is that a skirmish broke out on the banks of McIntosh Creek between loyalists and patriots.

The so-called Battle of Burke County Jail is considered a draw. Savannah would continue to be held by the British until the end of the war, but the revolutionaries would grow in strength and William Few — a future Georgia senator and founding father you’ve probably never heard of — would go on to sign the Constitution of the newly formed United States of America.