The first submarine to sail around the world completely underwater 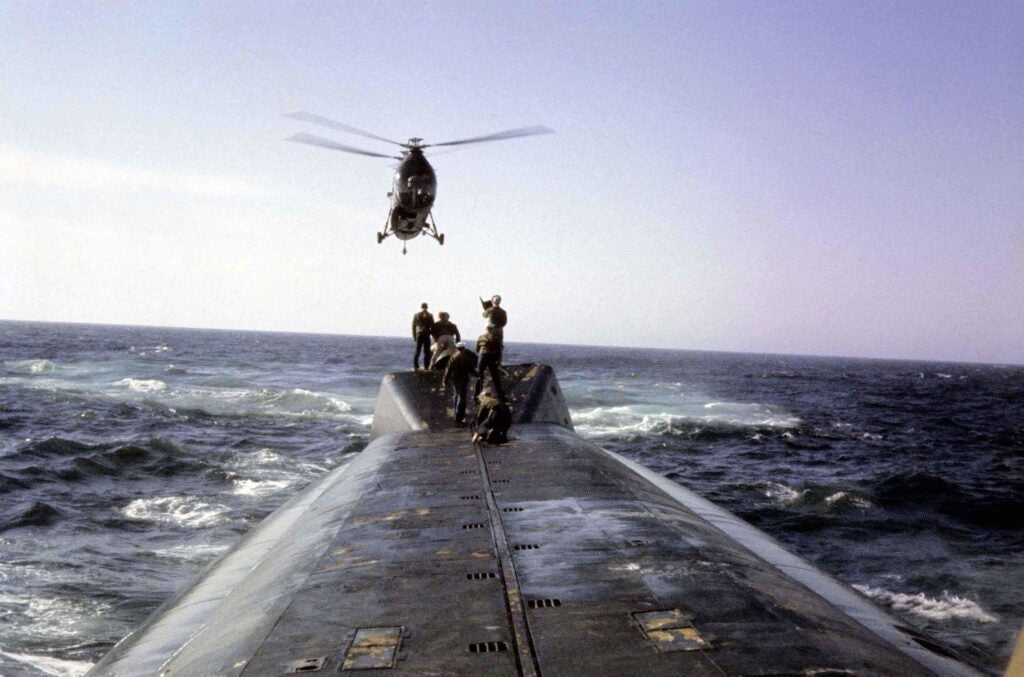 USS Triton (SSR(N)-586) was commissioned on November 10, 1959. At the time, Triton was the largest, most powerful, and most expensive submarine ever built. She holds the distinction of being the only Western nuclear submarine to be equipped with two reactors. As a demonstration of her capabilities, Triton was given the submerged circumnavigation mission for her maiden voyage.

In anticipation of President Eisenhower’s meeting with Soviet Premier Nikita Krushchev at the May 1960 Paris Summit, Triton was ordered to retrace the voyage started by Portuguese explorer Ferdinand Magellan and completed by Spanish explorer Juan Sebastián Elcano in the 16th century. While the first circumnavigation took three years, Triton would do it in just two months. The mission was code named Operation Sandblast.

Triton departed Groton, Connecticut on February 15, 1960 under the command of Capt. Edward L. Beach. A veteran of 12 WWII combat patrols, the Battle of Midway, and a recipient of the Navy Cross, there was no better sub captain to command Triton on her historic voyage. The ship reached the starting point, in the Middle Atlantic off St. Peter and St. Paul Rocks, on February 24. Triton submerged and began her underwater circumnavigation.

Continuing south, Triton rounded Cape Horn at the bottom end of South America and proceeded west across the vast Pacific Ocean. Remaining submerged, she passed through the Philippine and Indonesian islands before crossing the Indian Ocean. Triton continued southwest towards the South African coast, rounded the Cape of Good Hope, and resurfaced off St. Peter and St. Paul Rocks on April 25, 1960. Her historic voyage took 60 days and 21 hours.

Operation Sandblast was a huge victory for the United States and the nuclear powered Navy. Unfortunately, the crew’s celebration was cut short by the shoot down of a U-2 spy plane over the Soviet Union and the capture of Francis Gary Powers on May 1. Still, Capt. Beach was flown to the White House to receive the Legion of Merit from the President and the Triton‘s crew received the Presidential Unit Citation. To further recognize their accomplishment, the award was embellished with a special gold clasp in the shape of a globe.