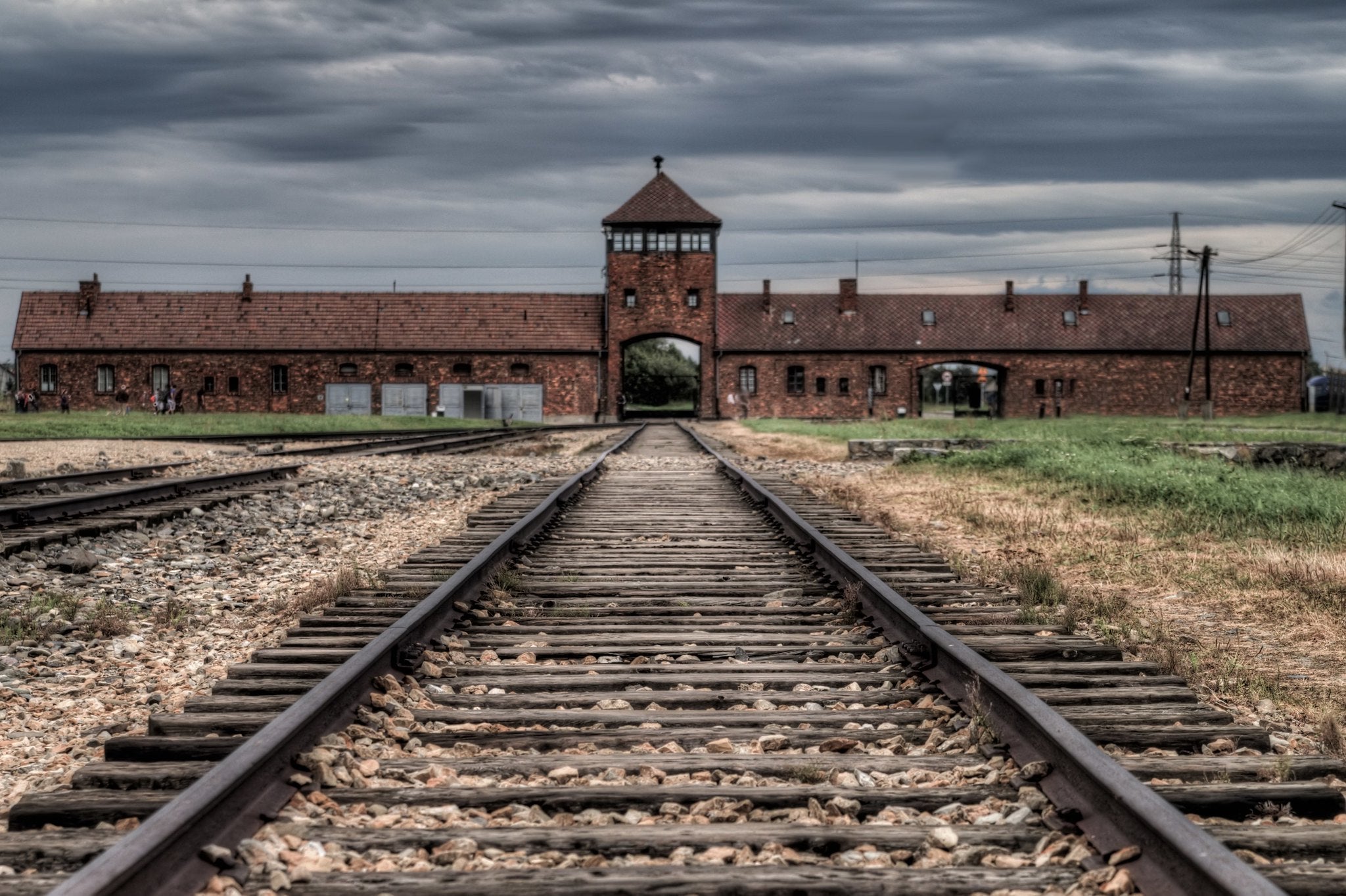 The “Sonderkommando Photographs” are the only known photos taken of the gas chambers and cremation pits at Auchwitz, the infamous Nazi death camp. Shot by a Greek prisoner, the four photos were smuggled to the Polish Resistance where they were cropped and retouched to make them clearer. They were published in a 1945 Polish legal report about the camp. They were later published in a Polish-language book, called “We Have Not Forgotten.”

The Auschwitz-Birkenau concentration camp in occupied Poland was among the most notorious of the Nazi death camps. The SS guards there methodically killed inmates once they were no longer deemed fit to work by leading them into a gas chamber under the auspices that they were taking a shower.

The Nazi death camp used Jewish inmates — called sonderkommandos — to work the gas chambers and the four crematoria. The sonderkommandos would collect the dead inmates’ personal belongings and dispose of the bodies.

One such prisoner was Alberto Errera, a Greek naval officer who was eventually killed by the guards after punching a Nazi SS officer. He took the photos with a German Leica that was smuggled into the camp by four other prisoners. They had to be careful when taking the photos, as the SS guards would have surely killed them had they been were discovered.

The Greek prisoner shot the photos from the hip while the other four men kept an eye out for the guards. As a result, some of the photos are strangely framed, showing only trees. All of the photos were reportedly taken within 20 minutes of each other.

The film was smuggled out of the camp via a toothpaste tube carried by the woman who ran the SS’ canteen. She got the film to the Polish Resistance, along with a note from two political prisoners that read the following:

Urgent. Send two metal rolls of film for 6×9 as fast as possible. Have possibility of taking photos. Sending you photos of Birkenau showing prisoners sent to gas chambers. One photos shows one of the stakes at which bodies were burned when the crematoria could not manage to burn all the bodies. The bodies in the foreground are waiting to be thrown into the fire. Another picture shows one of the places in the forest where people undress before ‘showering’ – as they were told – and then go to the gas-chambers. Send film roll as fast as you can. Send the enclosed photos to Tell – we think enlargements of the photos can be sent further.