WATCH: Dragonman's Military Museum is unlike anything you've ever seen - We Are The Mighty

WATCH: Dragonman’s Military Museum is unlike anything you’ve ever seen 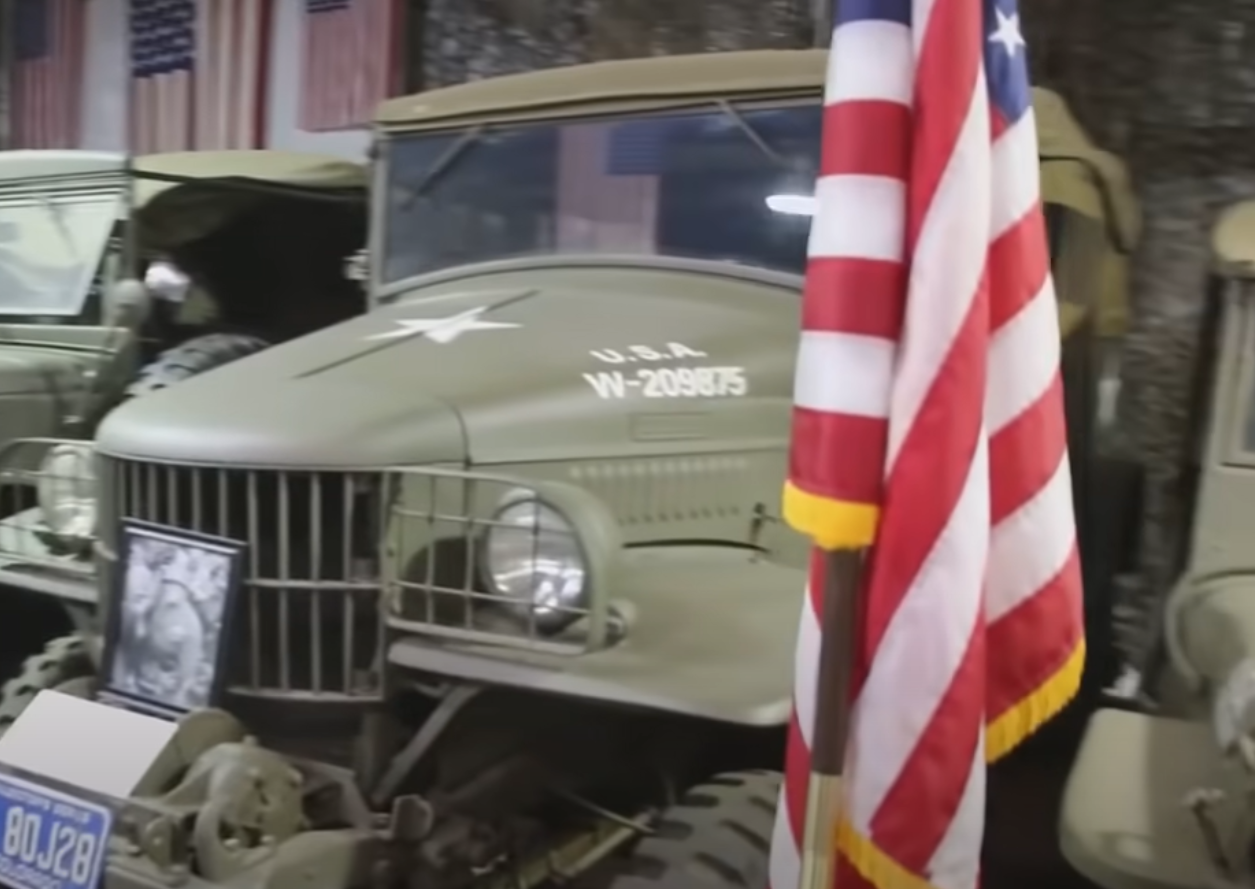 Dragonman’s Military Museum in Colorado Springs, Colorado, is not your average military museum. You quickly figure that out when you first arrive. The entryway leads you through cars full of bullet holes that have bloody human dummies inside. The signs that accompany the cars say things like, “STAY ON THE ROAD. This family just hit a LANDMINE.” That makes it super clear: This museum experience is going to go the distance.

Nothing says authentic like working military weapons in a museum

The owner of Dragonman’s Military Museum is a Vietnam Vet known as “Dragon Man.” That’s a way cooler name than his real name, Mel Bernstein. His museum does not mess around. It has 1,200 mannequins in authentic military uniforms. In addition, there are also more than 5,000 helmets and over 2,500 weapons on display. Many of the mannequins are holding weapons. The sheer quantity of military memorabilia at this place is simply awe-inspiring.

As a matter of fact, all of the restorable items, including the guns and vehicles, have been restored to working condition. While the US government does not allow real bullets in their museums, that certainly is not the case for Dragonman’s Military Museum.

Military history is not all uniforms and army tanks

Equally important are some of the specific and strange items Dragonman’s Military Museum houses. He showcases every model of Army Jeep, land mine, and German belt buckle from both World War I and World War II. In face, he’s even made a pyramid constructed of 500-pound Vietnam War bombs and even has gas masks for babies.

Then again, some of the most disturbing items in the museum come straight from the Nazis. In fact, there’s an entire room dedicated to Nazis. Of course, the Swastika flags are off-putting, and Hitler’s original mustard yellow uniform is unsettling as well. However, those are nothing compared to the corpse tongs from Dachau. Or the soap made from human fat. The Dragon Man even has an empty gas chamber complete with Zyklon B cans, the trademarked gas used by the Nazis in their extermination camps. Not a lot of military museums in the world dare to show history with this level of honesty, including the Holocaust Museum in Washington. Dragon Man is doing his part to ensure the world never forgets.

On top of the actual historical pieces in the museum is its atmosphere. Gunfire and explosions sound from the walls, coming straight from the adjacent firing range, also owned by the Dragon Man. Plus, he’s done things to show the history with more than just artifacts.

For instance, he’s recreated a whole Gulf War field hospital, and he’s got a photo of a suicide bomber who was beheaded by a US sniper bullet from the Iraq War, plus pictures of Saddam Hussein himself captured by soldiers. Dragonman’s Military Museum is a gutsy and genuine display of military history, to say the least—there’s no question about that.